Army of the Dragon King
Army of Onaga

Million of years ago, dating back to Onaga as the first ruler of Outworld.

Serve whoever resurrected them and/or possesses the Amulet of Shinnok that controlled their spirits.
Aid Onaga in reclaiming his kingdom of Outworld and destroy Shao Kahn and all who followed him.
Conquer all realms and destroy all enemies in the name of the Dragon King.

The Dragon King's Army, also sometimes known as the Army of the Dragon King, Onaga's Army and the Army of Onaga, is an antagonistic faction in Mortal Kombat: Deadly Alliance. They are an army of long dead soldiers in samurai uniforms who are native Outworlders made up of the once undefeatable empire of Onaga the Dragon King.

Onaga the Dragon King originally formed the army and at that time it was the grandest army that Outworld had ever known; an army so powerful that it won every battle they fought in. When Onaga was betrayed and assassinated by his former chief advisor named Shao Kahn, the entire army was entombed along with him after they ritualistically committed mass suicide since his death.

For millennia, this army of undead warriors would remain undiscovered in Onaga's Lost Tomb far away from the Golden Desert's Sarna Ruins and await his second coming, until centuries later, a Netherrealm sorcerer known as Quan Chi discovered their location after his escape from the Netherrealm, and along with the help of another sorcerer Shang Tsung of Outworld (Shang has the ability to manipulate souls) was able to revive it one by one. The young fighter Li Mei with the intention of freeing her home village, entered the Mortal Kombat tournament held by the two sorcerers (calling themselves Deadly Alliance), only to discover that the tournament itself was a setup; the Deadly Alliance was planning to transplant the winner's spirit as the last soul needed to completely revive the Dragon King's lost army. By transplanting the souls of defeated warriors, including the winner Li Mei's, into the mummified soldiers, the Deadly Alliance succeeded in reviving the Dragon King's army.

When Li Mei's soul was almost transferred by dark magics of the two devious sorcerers into the mummified remains of one of the soldiers' cadavers against her will, it would seem that both Li Mei' people are doomed to be slaves, and Li Mei herself would be reborn as a dead soldier, cursed to serve the Deadly Alliance forever. Until her teacher Master Bo' Rai Cho intervened and rescued her before that happened, yet that experience left some strange and strong supernatural influence on Li Mei, one that even draws her to her homeworld's long lost king.

Quan Chi and Shang Tsung never had the chance to lead the army, however, as Onaga had returned from beyond death to reclaim his empire. Onaga would lose the army as well since Raiden released his godly energy in a tremendous magical explosion that destroyed the army completely. But their master Onaga survived the explosion and continued forward in his quest to reclaiming Outworld, achieve his revenge and complete his plan of conquering the realms with the aid of a set of certain treasures with powers beyond comprehension.

After Onaga's eventual defeat, it was revealed that the army was only undefeatable due to Onaga's ability to constantly resurrect them during battle: whenever a soldier was killed, Onaga would simply cast his magic to reanimate the corpse and it would continue to fight. 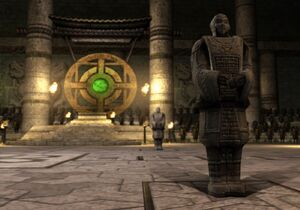 The mummified remains of Onaga's Army found within the Lost Tomb. 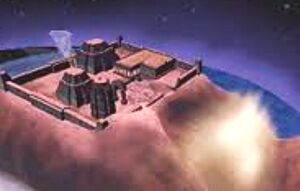 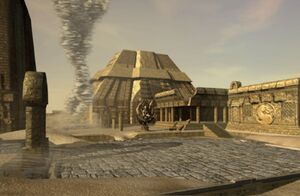