During the conflict between The Second Coming and the Animator

After the battle returns to the animation program, The Second Coming manages to make a makeshift laser gun and destroy the Animator's cursor, forcing him to have to get a new one through the long way on his keyboard. When he returns, he finds that The Second Coming has drawn a series of its own animations with the pencil tool, including a realistic strong man, a hungry alligator, a destructive woodpecker, and a rough giant humanoid. The woodpecker pecks at the window and eats icons, the giant punches the program, and the strong man breaks the window and feeds the pieces to the alligator. The Second Coming draws itself a pair of bird-like wings and begins flying around, observing the destruction its minions are causing. 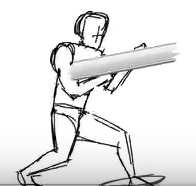 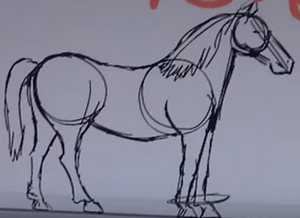 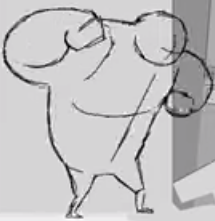 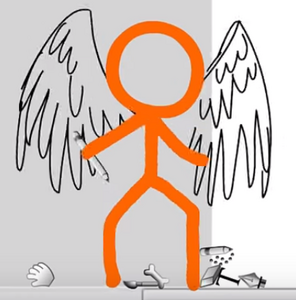 The Second Coming draws itself a pair of wings. 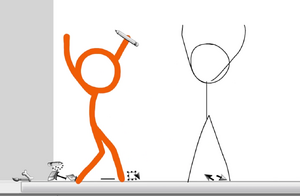 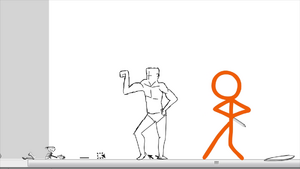 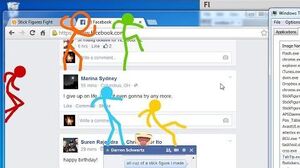