Destroying banks and murdering humans for the fun of it.

Dreadbot is a supporting antagonist of the 2017 film Transformers: The Last Knight. He is a tough, destructive Decepticon thug serving for Megatron.

Dreadbot was incarcerated after he killed nine people. He was later released, after negotiations done by Megatron, in order to help him hunt down Cade Yeager. Dreadbot followed Megatron to Yeager's scrap yard, and eventually to a nearby town, but the Autobots Bumblebee, Drift, and Crosshairs stood in their way. During the fight, both Megatron and Dreadbot were damaged in a trap set by Yeager and Grimlock snared Dreadbot in his mighty jaws, killing him. 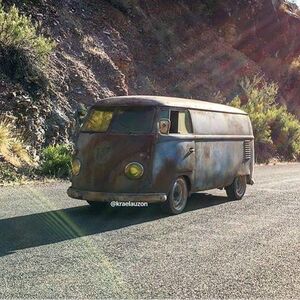 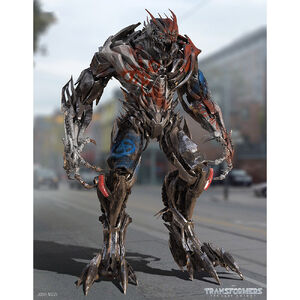 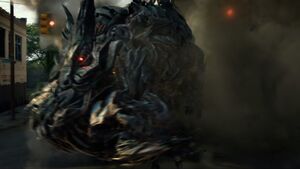