Ability to float and hover

Ability to wield objects without any limbs

The Dream Phone is a board game targeted for young girls, it includes an interactive toy phone that uses batteries. The objective is to guess who your "secret admirer" is through a series of clues that the phone gives and dial up his number to win the game. Cards are also used to make a player hang up or listen to another player's conversation. It acts as the main element to set the events in the episode of the same name in Cinemassacre's web series Board James.

It is through this toy phone that a mysterious murderer contacts the protagonist, Board James, even though the toy phone is just that, and it is not even supposed to be able to receive real calls. What's more, the phone works still even after James removes the batteries.

Board James, and his friends Mothrfucker Mike and Bad Luck Bootsy are playing Dream Phone and he is given the board game as a present from his friends. A "secret admirer" calls the protagonist late at night while he is watching the original Night of the Living Dead, wanting to know more about the board game enthusiast, but he is only creeped out about how much the mysterious person knows about him. The mystery turned serious when James calls his friend, Bad Luck Bootsy, who gave him the game, to see if he is the enigmatic caller and plans the whole thing as a prank.

After waiting for him, James is horrified to find his pal, Bootsy, in the closet, dead by hanging, though quickly gets over it. Mike follows when he is contacted by James and convinced to come to his house. After finding Bootsy's corpse and creeping out and, like James, getting over it pretty quick, he is dragged out of sight and stabbed to death by the unknown entity. The main antagonist turns out to be the phone itself and sets out to kill James by floating around and even getting ahold of the knife by unknown means since the phone did not have any limbs. James struggles for his life and finally kills the phone by sticking it into the microwave and turning it on.

The police arrive the scene and the episode ends with the protagonist giving a psychotic look, possibly having gone insane after the death of Mike and Bootsy. 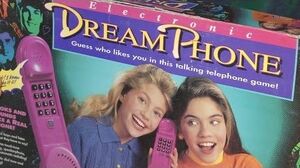 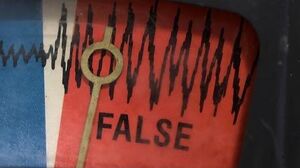 Lie Detector FALSE ENDING
Add a photo to this gallery
Retrieved from "https://villains.fandom.com/wiki/Dream_Phone?oldid=3575106"
Community content is available under CC-BY-SA unless otherwise noted.