Subjugate and consume everything (ongoing).

The Drengir are the secondary antagonistic faction of the first phase of the Star Wars: The High Republic multimedia project.

The Drengir were a species of sentient, amorphous plant-like carnivores originating from the planet Miluta in Wild Space. They were an enemy to all life, as their only desire was to consume meat and inflict suffering upon their prey. The Drengir were deeply rooted in the dark side of the Force and could corrupt other lifeforms into serving them. Members of the species, as well as those who joined them, belonged to a collective consciousness commanded by the first and greatest of the Drengir—the Great Progenitor.

Prior to the formation of the Galactic Republic, the Drengir conquered worlds and destroyed civilizations. Their initial reign of terror was ended, however, when their allies the Sith betrayed them and sealed the Great Progenitor on a space station created by the Amaxine warriors. The rest of the Drengir were also forced to sleep due to their reliance on the Progenitor, falling into stasis all across the outer regions of the galaxy.

Centuries, if not millennia, later, the Great Progenitor was accidentally awakened by a group of Jedi who became stranded on the Amaxine station and used the Force to remove the seals. The Drengir were, as a result, freed all across the Galactic Frontier. As they had eons before, the Drengir once again attacked and devoured all meat they came across. Over the next year, they fought on numerous battlefronts against members of the Jedi Order. 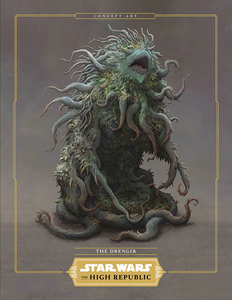 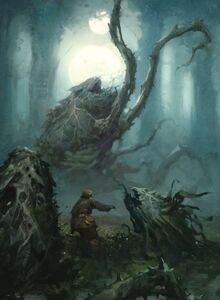 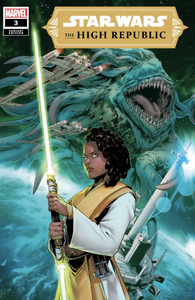 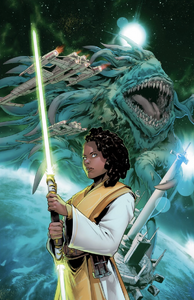 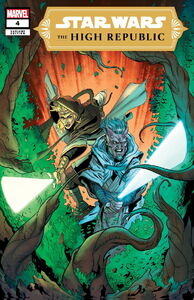 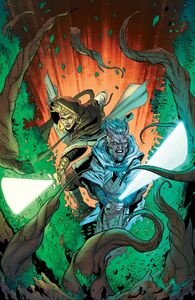