Drinking and getting himself addicted with drugs.

Drexl Spivey is the secondary antagonist in the 1993 action-romance film True Romance, directed by Tony Scott and written by Quentin Tarantino. He serves as the first antagonist of the movie, specifically for the first quarter of events in the scenario.

He is portrayed by Gary Oldman, who also portrayed Norman Stansfield in Léon: The Professional, Egor Korshunov in Air Force One, Carnegie in The Book of Eli, Mason Verger in Hannibal, Jean-Baptiste Emanuel Zorg in The Fifth Element, Lord Shen in Kung Fu Panda 2, Count Dracula in Bram Stoker's Dracula, Dreyfus in Dawn of the Planet of the Apes, Ruber in Quest For Camelot, Dr. Zachary Smith in Lost in Space, General Grawl in Planet 51, Vladislav Dukhovich in The Hitman's Bodyguard and Daniel Clarke in Call of Duty: Black Ops.

Drexl Spivey is a pimp and drug dealer in Detroit. He does most of his business with a mobster named "Blue" Lou Boyle, and Boyle's associate, Vincenzo Coccotti. Drexl "thinks he's black"; he speaks in Ebonics, wears his hair in dreadlocks and sports gold teeth.

Drexl takes in a young woman named Alabama Whitman, a girl from Tallahassee, Florida who came to Detroit to get away from her home. She works for him for him for 3 days, and disappears. Soon afterward, Alabama's new husband, Clarence Worley, shows up at Drexl's apartment and says that she will not be working for him anymore. Drexl demands to compensated for his time and "peace of mind". Clarence hands him an envelope that he says contains what Drexl's "peace of mind" is worth, "and not a penny more"; the envelope is empty.

Enraged, Drexl fights Clarence, and with Marty's help gets the upper hand. He finds Clarence's address in his wallet and tells Marty to go there and bring Alabama back. Clarence pulls out a gun, kills Marty, and shoots Drexl in the groin and face, killing him. He also unknowingly takes Drexl's cocaine, setting the rest of the story in motion. 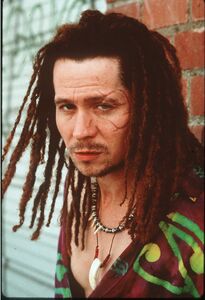 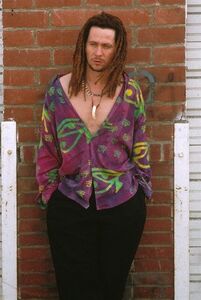