Drill Man is a Robot Master and one of the main bosses in Mega Man 4.

Drill Man was the third robot that was created by Dr. Cossack. His original purpose was to work at construction sites. One day, Cossack was forced to work for Dr. Wily. As a result, Drill Man was converted into a combat robot to fight Mega Man. Drill Man is a diligent and very hard worker. However, he can be dangerous and careless at certain times. He dislikes performing calculations and planning ahead, preferring to rush his jobs whenever he grows bored. Despite Drill Man's tendencies of making dangerous mistakes, he is talented at finding things that are hidden underground.

Drill Man is fought at a mine shaft. He starts the battle by burrowing into the ground. Around 5 seconds later, he emerges right under Mega Man, who must move immediately. Drill Man then starts shooting his Drill Bombs. Mega Man can avoid the attacks by jumping over them. While Drill Man shoots, he runs back and forth. Moments later he repeats his entire process. It's best to attack him with the Dive Missile, as it will home in on him when he jumps, but not when he is underground, and it can also be deflected by his Drill Bombs and by his burrowing move. Still, it defeats him in ten hits.

Drill Man in one of the four bosses fought in the later stages of the game. His strategy is similar to Mega Man 4.

Drill Man appears in the episodes The Big Shake, Showdown at Red Gulch, and Master of Disaster. His arms are bigger in the cartoon compared to his game counterpart.

Drill Man appears as a novice support spirit that can be purchased at Sheldon's Place for 500 Spirit Points. When equipped, he makes the fighter start the battle equipped with a Drill. 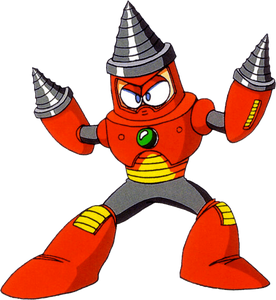 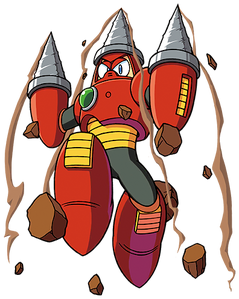 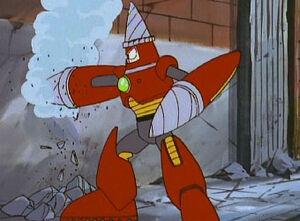 Drill Man in the cartoon show 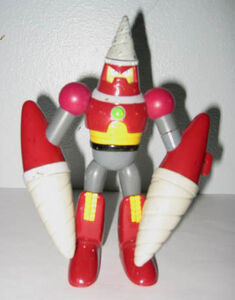 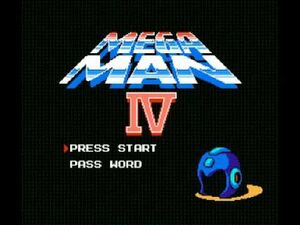