Get revenge on the people who killed him mainly Thiago and his friends (failed)
.

Vengeful Spirit
Born as Zé Maximiano, and later known as Corpo-Seco (Dry Body from Portuguese) is the main antagonist and is name of an evil character of Brazilian folklore common in the interior of São Paulo, Minas Gerais and the Midwest region whose legend, relatively recent, of the mid-twentieth century was first originated in São Paulo state.

According to legend, the Dry Body was a very selfish, cruel and ruthless man who was always harming people out of hatred for other human beings. According to the legends, he was so bad that both God and the Devil rejected his soul. When he was brought back to life, the earth itself rejected his body and released him in the form of zombie-like beast. According to old texts, it is said leaves from the trees by 08:00 PM to attack people by giving a hug of death, crushing the person in his embrace.

According to the legends, Zé Maximiano was a cruel and hateful boy who was a resident of the municipality of Monteiro Lobato, region of Serra da Mantiqueira. He was known for his hatred for other people and lived holding grudge and disgust of every life form and used to brutally beat his parents.

In the original legends, he was murdered by a vigilante, and was buried in the Municipal cemetery, however, he was rejected by both God and Devil, whom were disgusted by his actions and returned them to the living realm. Once brought back to life, even the earth itself rejected him and was spat from grave and started to haunt the place to seek vengeance. For this reason, the local church decided to capture the creature and transferred the body to a deserted place and, on the recommendation of the city's priest, they decided to put the body in front of a cave whose entrance was delimited by a stream, since, the legend said that such entity could not cross the water. A friend of the dry body, Pedro Vicente, took care of the transport. The body was placed in a basket and Pedro took a stick with him, as there was a risk that the dead man would rebel and, in this case, the way was to hit him with the stick. Said and done, the Dry Body tried to grab the friend in order to kill him, but was repelled.

People say entities like Dry Body move on Friday nights at midnight. He appears at the edge of rivers and weirs and if someone appears, he asks to be transported to the other bank. In return, he promises to reveal a hidden treasure. Whether on the boat or on the benefactor's coast, when he is in the middle of the watercourse, the haunting begins and thus sinks small boats or drowns his victims. Others say that he stays on the roads to attack innocent souls and suck their blood to stay on Earth, thus avoiding dragged to hell.

There are also reports from the Dry Body in the states of Paraná, Amazonas, Minas Gerais, in some Portuguese-speaking African countries, reported by veteran Brazilian soldiers from the UNAVEM III mission and in the Midwest region of Brazil, mainly.

In Ituiutaba, Minas Gerais, there is a variation of this legend, where it is said that the Dry Body is a woman, after being repelled by the earth several times, she is taken by firefighters to an apparent cave in a mountain in the south of the county. Some people say that those who pass there at night on the can hear the screams of the Dry Body echoing from inside the cave.

There is also another legend about him that says that he was a very selfish and petty farmer, who picked his fruits so that the poor neighborhood wouldn't eat them and laughed when people went to his house to ask him for fruits. However, one year, a drought destroyed the economy of the town and people went to his farm to ask for food. Naturally, Zé refused and was killed by the crowd out of wrath for his selfishness. After he died, he could not go to afterlife due to his desire for revenge, his soul stayed in the living real and was revived as a vengeful zombie monster who kills anyone who comes near his orchard. 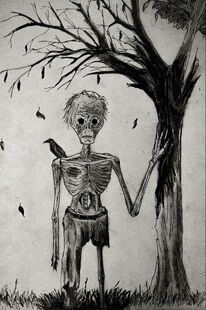 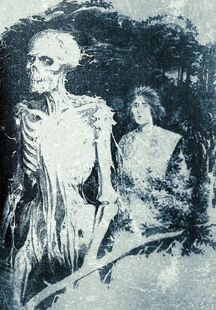 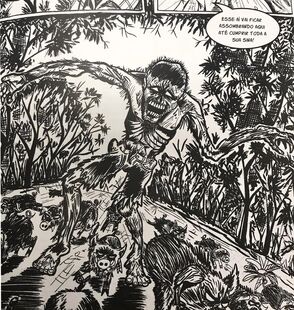 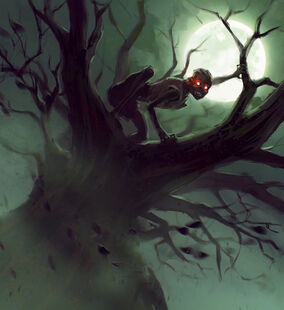