Member of the Teen Titans and Titans East (formerly)

Wait for the Joker to return and assist him in his schemes.

Duela Dent, also known as Joker's Daughter, is a villainess in the DC Universe and an enemy towards Batman.

Duela Dent was a former member of both the Teen Titans and Titans East and also claimed to be the daughter of many Batman villains, though she leans towards being the Joker's daughter. It is later revealed that she was finally introduced to her birth father, she dropped cryptic hints implying that she or her consciousness shifts unknowingly from Earth to Earth, which is the source of her parental confusion. When Duela revealed that she had been in a relationship with Talon, Owlman's teenaged sidekick. The Riddler was killed by Ultraman and Three-Face's arm was torn off by Superwoman; the Jokester managed to flee until he is later tracked down and killed by Solomon, the Monitor who killed Duela.

In this continuity, Duela Dent was the daughter of an affluent Gotham couple. At a young age, Duela has demonstrated some disturbing tendencies, which were exacerbated after her father secretly killed her pet pug dog. She became anorexic and began to self-mutilate herself. After cutting her face, Duela received plastic surgery, but during the procedure she twitched too much under the surgeon's scalpel, resulting in her face getting more damaged. Eventually, Duela, along with her new pet named Cat, ran away from home and into the Gotham City's Nethers, which was an underground cave system populated by escapees from Arkham Asylum. At some point following the Joker's recent return, Duela found his face/mask, and donned it, becoming the Joker's Daughter.

Duela Dent appears in the CW 2019 series Batwoman where she is portrayed by Alessandra Torresani. 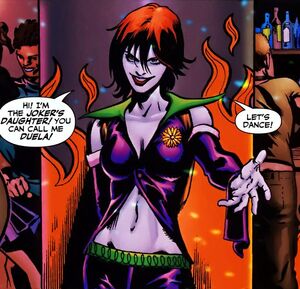 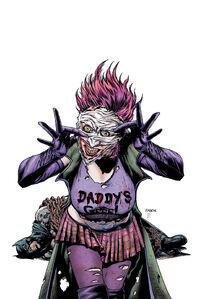 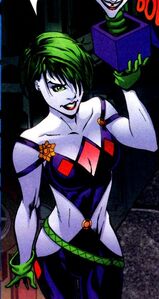 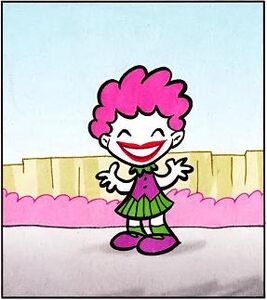 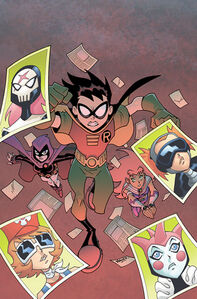 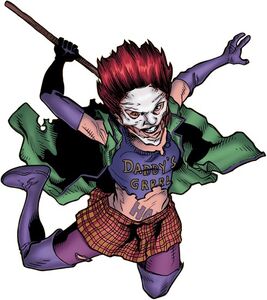 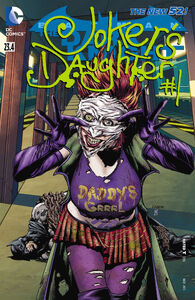 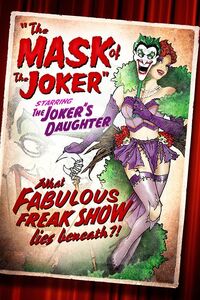 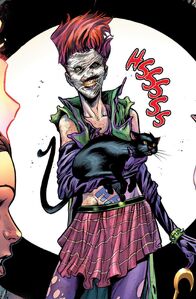 Joker's Daughter with her cat 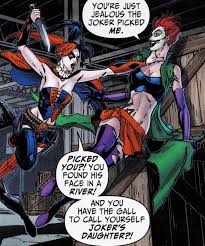 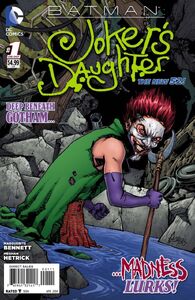 Joker's Daughter during the New 52 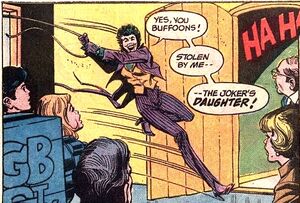 Joker's Daughter in 1976
Add a photo to this gallery

Retrieved from "https://villains.fandom.com/wiki/Duela_Dent?oldid=3889088"
Community content is available under CC-BY-SA unless otherwise noted.