Duke Cristóbal is the cousin of Princess Elena, Princess Isabel, and Chancellor Esteban. He is one of the main antagonists of the Elena of Avalor special, “Song of the Sirenas”.

He was voiced by Javier Muñoz.

Duke Cristóbal is an obese dark-skinned man with brown eyes, black hair, and a goatee. He has a pink bow on his teal vine-embroidered suit, which sports a white collar, white ruffles on the cuffs of his sleeves, and gold buttons.

When first introduced, Duke Cristóbal seemed like a nice man who cared for his family. However, this is later revealed to be a facade to hide his true nature, which is a heartless, greedy, and self-rightous monster. He cares little to none for his family and was willing to betray them simply because Shuriki offered him large sums of gold in exchange for his loyalty. He also has a passionate hatred for Sirenas ever since they sunk the ship his father was on.

Years ago, he lost his father when Sirenas sunk the ship he was on. Because of this he develped an undying hatred for them. He spent his childhood with his uncle King Raul, his aunt Queen Lucia, and his cousins Elena and Isabel. When Shuriki took over, she paid Cristóbal a large sum of gold in return for his allegiance. He lost this when Elena returned and overthrew Shuriki. When Shuriki showed up two years later and demanded his help in trapping Elena, Duke Cristóbal happily accepted to get his gold supply back.

He first appears when welcoming Elena and the rest of her family to Nueva Vista. However, when Elena mentions the Sirenas that were encountered en route, he reveals that they sank the ship his father was on. Despite his mourning, he is excited to celebrate Elena's visit and defeat of Shuriki with a big parade. However, when he is brought down to meet Princess Marisa and Prince Marzel, he summons his guards to attempt to capture them. Elena helps them escape, but is stunned by her cousin's actions.

Later on, when she returns after being rescued by Marisa from drowning, it turns out that her cousin was in league with Shuriki the whole time, having been allied with her during her original takeover, being paid in gold for his loyalty to Shuriki during her reign. However, when Elena overthrew her, the Duke's gold reserves dried up, and he wanted revenge. He has Elena locked up in the tower with the rest of her family, but upon reporting to Shuriki that Elena has been imprisoned, the Duke is forced to take Shuriki, Fiero, and the Delgados to see her, as Shuriki was livid Elena was still alive, only to discover them being broken out by Mateo, Gabe, and Naomi with Migs, Luna, and Skylar.

As Elena and her family flee on their ship, the Duke gives pursuit on his, but just as Shuriki is about to take Elena out, the Sirenas, led by King Pescoro, prevent it, using their song to entrance the helmsman, causing him to turn the ship and crash it into the Duke's palace, despite the Duke's attempts to avoid it.

He is later captured by the Jaquins and brought before Elena, who had defeated Shuriki, while Mateo petrified Fiero again, and the Delgados escaped with Cruz and Vestia. Cristóbal pleads for mercy, but angered by his betrayal of their family and Avalor, Elena has him incarcerated for treason. Cristóbal protests that they are family only for Elena to tell him he has no idea what that word really means and he's lead away to the tower in chains.

Cristobal reveals that he was on Shuriki's team the whole time.

Cristobal arrested for all his crimes and treason 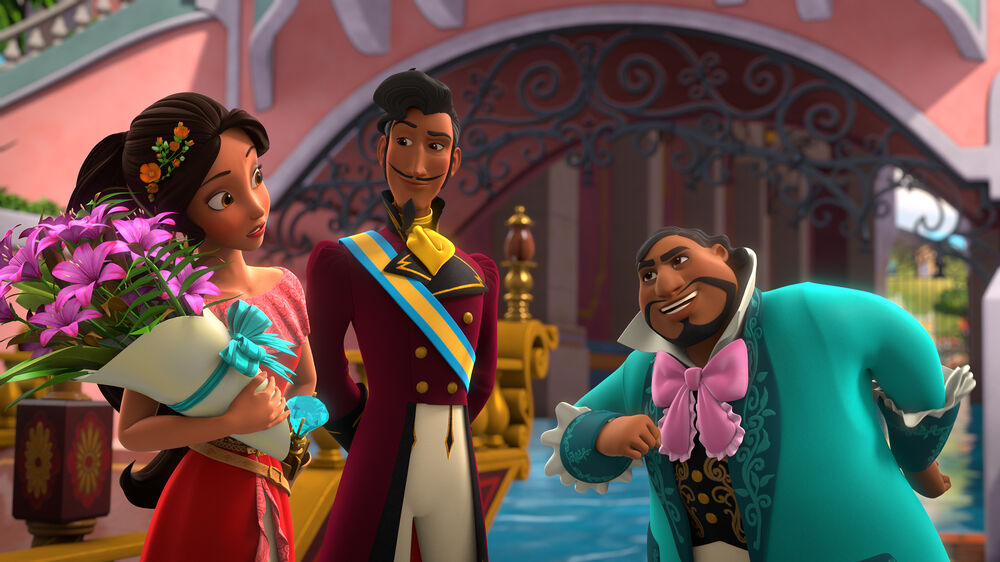 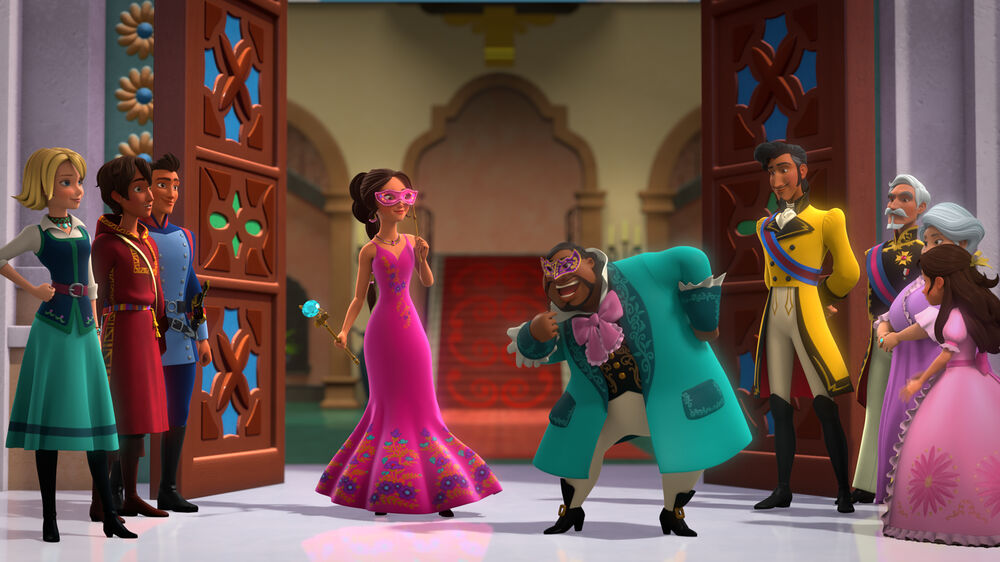 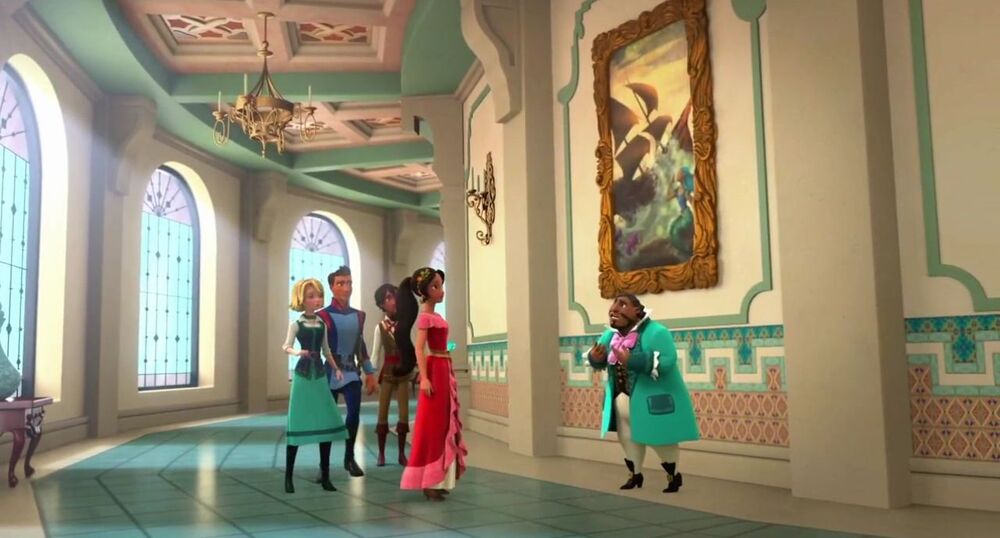 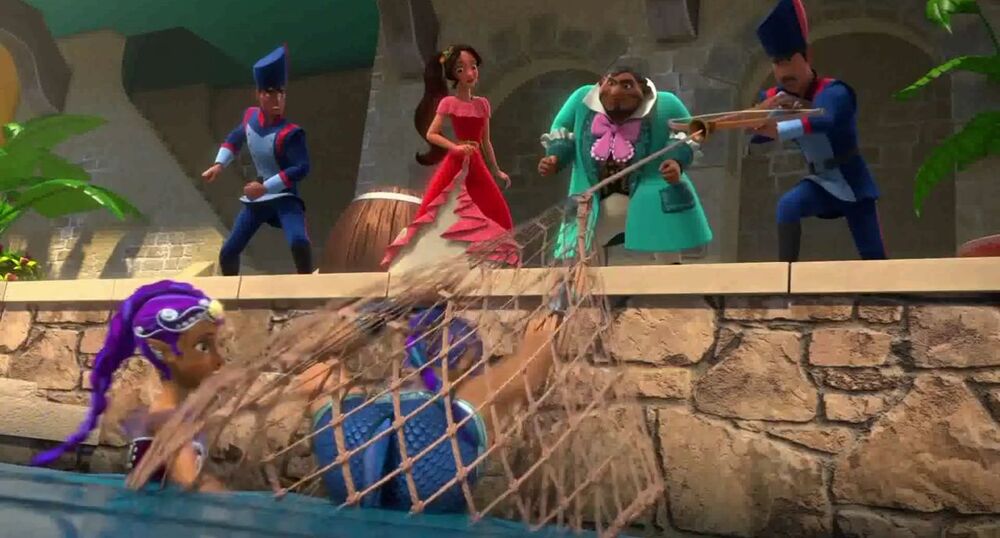 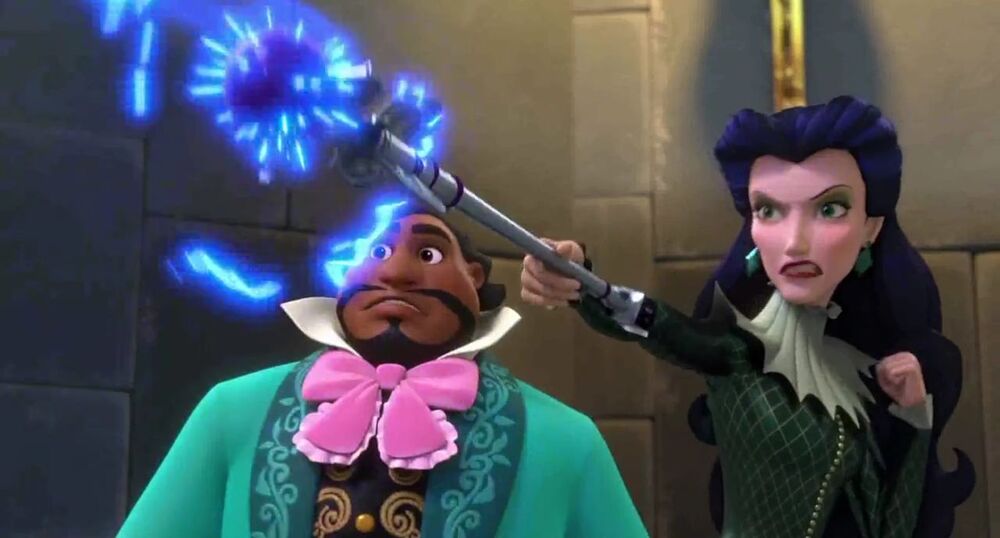 Retrieved from "https://villains.fandom.com/wiki/Duke_Crist%C3%B3bal?oldid=3545017"
Community content is available under CC-BY-SA unless otherwise noted.