Duke Dick is a minor antagonist in Brickleberry. He is a pornographic actor who stole Woody Johnson's catchphrases and moves.

Woody got sick of doing Malloy's painful movie and when he found out that the final scene called for him doing The Rex Rocket, he decided to give up. So Malloy called up Duke Dick to reshoot the movie with instead. Woody was so mad about this that he went right back into the movie and finished the film. However, because he was so old, doing his famous stunt killed him and he died right inside of the woman he was fucking right on camera. Malloy considered this a snuff film and submitted it to the academy.

On the night of The Boney Awards, Rex Erection won the award for best actor and Malloy accepted it on his behalf. Duke Dick barged his way up on stage and kicked Malloy over and tried to steal the award for himself but then Malloy shoved the award up his rectum and caused him to collapse on the ground. 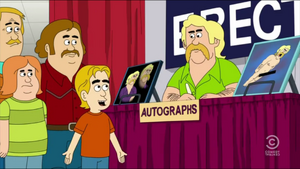 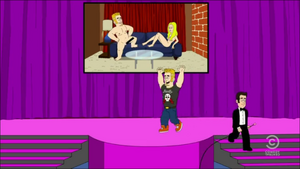 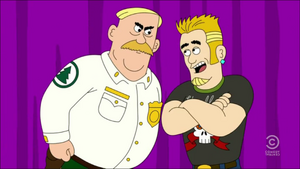 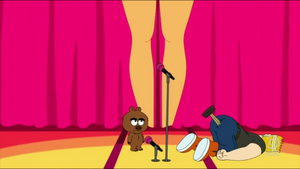