Felix the Cat: The Movie

Inventing machines.
Pretending to be a god in the eyes of the Zillians.
Enjoying entertainment.
Ruling.

Rule all of the magical/scientifically-advanced world of Oriana.

Obtain the secrets of the Book of Oriana.
Dispose of his innocent niece Princess Oriana.
Destroy Felix the Cat and his friends (all failed).

The Duke of Zill is the main antagonist of the animated fantasy film Felix the Cat: The Movie. He is known for his red-and-back cape, dome helmet, and deep mighty voice.

The Duke of Zill was a would-be-tyrant from a magical dimension called Oriana who utilized an army of evil creations with the aid of Master Cylinder, the animal/goblin-like people of the Land of Zill, his cowardly royal adviser Grumper and his circus henchman Wack Lizardi to usurp power from his niece, Princess Oriana (named after her home dimension) - however, before he could accomplish complete victory Oriana was able to use a special dimensional-transporter to seek help from a prophesized hero from another world (a "dark stranger") and that hero was Felix the Cat who helped Princess Oriana and her people with the help of his friends from his world defeated the Duke of Zill and restored peace to the kingdom.

He was voiced by Peter Newman, who also voiced his minion, the crooked ringmaster Wack Lizardi.

Before he became what he is today, he (while his real name is unknown) was a revolutionary, yet unscrupulous scientist who didn't liked the way the entire realm of Oriana is and decided to change all that with a technologically advanced form of manual labor and even tried to win the love and appreciation of all of Oriana. But his ego had him horribly disfigured in an accident when he was working on the creation of his Cylinder robots, although if one watching the movie looks closely after the explosion he actually looks just fine. Using his knowledge of technology, he rebuilt his body. Later, he was immediately banished to the Land of Zill by the royal family. While there, he stumbled across the land's own native creatures known as the Zillians who mistaken him to be a god because of his appearance and pledge their loyalty to him. They believe he was going to help them, but all he cared about was revenge and the conquest of the Kingdom of Oriana. He then hired the robots and Wack Lizardi to kidnap Oriana, so he would purge the land of all those who, from his point of view, were unworthy to study dimension travel.

Unsurprisingly the task fell to the rather unorthodox Felix the Cat, who found himself catapulted into another dimension (largely by his own curiosity) where he faced off against the Duke of Zill and a number of other villains to save the kingdom. During his adventures, Felix was aided by his old friend Poindexter as well as his on-and-off adversary the Professor - who had pursued him across dimensional space. They both soon joined Felix and Princess Oriana along with the Mizzards and the 2 native Orianians named Madame Pearl and Pim.

The Duke of Zill was a formidable tyrant but was also rather comical, forever bullying his minions and flying into a rage, he was a ruler who sought power via brute force and had a legion of robots at his command - at the end of the film, he became enraged when he managed to obtain a sacred tome known as the Book of Oriana from the Princess that supposedly revealed the greatest powers in the universe only to find the pages had only "truth, love, wisdom" written on them.

The Duke felt he was being made a fool of and summoned his most powerful creation - an updating version of the Master Cylinder - to destroy the heroes along with Princess, but Felix threw the book at Master Cylinder and caused the giant robot to explode.

The Duke of Zill then was defeated and fell then escapes into a Dimensporter, swearing to return some day - so far he has yet to make good on his threat. 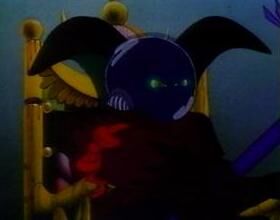 The Duke of Zill in an early footage of Felix the Cat: The Movie. 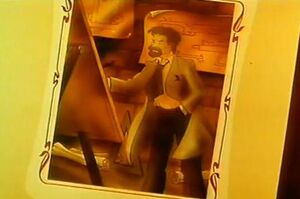 The illustration of the once-human Duke of Zill. 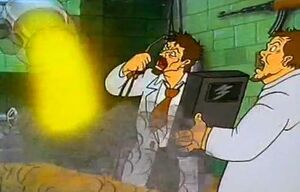 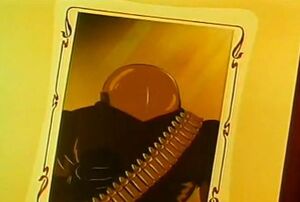 The illustration of the Duke of Zill. 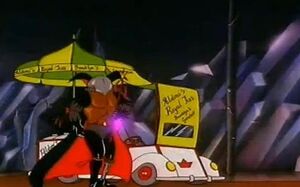 The Duke of Zill returning to the ruined royal castle within the Kingdom of Oriana on his golf cart. 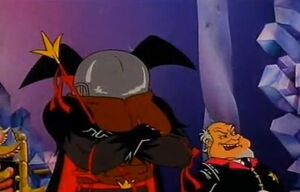 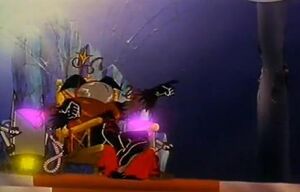 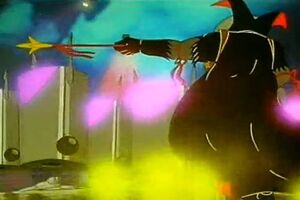 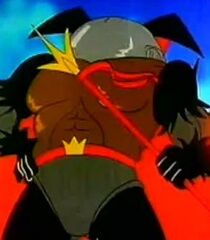 Retrieved from "https://villains.fandom.com/wiki/Duke_of_Zill?oldid=3479338"
Community content is available under CC-BY-SA unless otherwise noted.