Being Worshiped by the Rigelians.

Feasting on the souls of Rigelian women.
Offering Power to his loyal followers.

Conquer Zofia and rule all of Valentia (formerly; failed).

Regain his sanity (semi-succeeded in death).

Duma (ドーマ, Doma) is the main antagonist and final boss of Fire Emblem Gaiden and its remake, Fire Emblem Echoes: Shadows of Valentia. Along with his sister Mila, he is one of two sibling gods of the continent of Valentia. The patron deity of Rigel, known as the War Father (戦神, War God) by the Duma Faithful, he was denounced by some as a Fell God (邪神, Evil God) after his descent into madness.

As a Manakete, Duma appears as a muscular, green-haired man with the pointed ears typical of his species. In the center of his forehead is a red jewel that represents his draconic third eye. He wears ivory, bronze, and gold armor along with a red cape.

A proud dragon that held firm beliefs, Duma was once loyal to Naga, serving as the leader of her army, but after his banishment, he developed such a deep hatred for her that he ordered humans to construct a tower to face Archanea, the land Naga ruled.

Believing that humans can only achieve happiness by struggling for it, since it helps them grow strong, Duma sees humanity as weak and needing to rely on gods. However, he fears their potential, ordering the city of Thabes destroyed after seeing the progress of its inhabitants. Regardless, he seemed to hold a sense of care for mankind in his rule over Valentia, which caused him to argue with his sister, as he saw Mila as naive and foolish to believe that a life without misery was a happy one, forcing them to part ways.

Despite all that happened, Duma does hold love for his sister, as he never once used the Falchion against her, with his desire to seal Mila with Falchion only being done out of love, so that she would not succumb to degeneration like he would. However, his own degeneration led this mindset to be warped into him wishing to "slay Mila" instead.

As Duma continued to degenerate, he began to desire nothing but power and conquest, as he attempted to get Emperor Rudolf to make preparations to conquer Zofia for years. According to Fernand in his final moments, Duma had become nothing more than an incarnation of the lust for power due to his madness.

When humans began to settle in the land, the dragons offered them much knowledge, allowing them to prosper and advance, eventually creating a powerful city known as Thabes. However, Duma grew wary of the humans and feared that they had grown too powerful. He sent his soldiers to Thabes and had it destroyed, leaving the remaining survivors to scatter across the continent.

Furious over what he had done, Naga exacted harsh judgment on him, causing Duma to clash against Naga in a ferocious battle. Though Mila sided with him, they were no match for Naga and her forces, and surrendered after nine days of battle, with the land they fought suffering great damage. The battle had scarred Duma and also hurt Naga, causing her fangs to splinter and scatter across the realm.

For their transgressions, Duma and Mila were exiled from the land. Before he left, Naga bestowed one of her fangs, that had been carved into a blade that would be later be called Falchion, to him. This weapon was intended to be used against him and Mila by humans should the need arise where they degenerate into madness and need to be put down.

Afterwards, Duma and Mila traversed the ocean for seven days before they finally reached the continent of Valentia, which they would claim as their new home. There, they would become patron deities of the land.

Despite settling in Valentia, Duma was still filled with resentment and bitterness towards Naga for exiliing him and desired vengeance against her. He ordered his people to erect a large tower to face the continent of Archanea from atop a mountain, which was approved by his sister as well. However, Duma's lust for battle, along with his beliefs over humanity, led him to clash with Mila. While Duma believed that hardship were needed for humans to become strong, Mila believed that humans should live without conflict.

Though they clashed for many seasons until both had exhausted themselves of strength, Duma never once used the Falchion against her. Eventually, Duma and Mila reached an accord: they would divide the land of Valentia into two. Duma would rule the north, which would later become Rigelian Empire, and Mila would rule the south, which would later become the Kingdom of Zofia. In addition, neither was allowed to intervene with the other or cross into their nations.

Ruling through his new civilization, Duma created his own religion that worshipped him as their god, known as the Duma Faithful. As time passed, Duma's strength began to wane. At some point in time, a pirate nation began to emerge that posed a threat to the Valentian mainland, along with Archanea's west coast. In order to fight against this new enemy, Duma and Mila each performed a blood pact with a human from their respective nation. Duma performed his blood pact with the fighter Rigel. As a result, Rigel was able to wield the Falchion, which Duma bestowed upon him. After the pirate nation was defeated, Rigel returned the Falchion to Duma.

Following this, the Rigelian Empire was founded with Rigel I becoming the first emperor. Duma also established a rule that any strong Brand-bearer who could wield the Falchion was to become the next emperor, which led to Rudolf becoming emperor later on even thought he was only distantly related to Emperor Rigel III.

However, over a century later, Duma's madness would finally begin to take over as he degenerated, causing him to vanquish Mila's scions and begin urging Rudolf to conquer Zofia. Rudolf, in turn, promised to fulfill such desire, bolstering the imperial army's armaments. This also led to Duma favoring ambitious people who put their own desires above all else, such as Dolth, Nuibaba, and Jedah, which caused Duma Faithful to become a group of fanatics, particularly Jedah, who even sacrificed two of his own daughters, Marla and Hestia, to Duma, earning him Duma's trust. In addition, due Duma's harsh ideals being taken to the extreme, the people of Rigel became cold-hearted and valued strength over kindness and compassion, viewing the weak with no regard.

Several years later after Duma's degeneration began to overwhelm him, Duma's body began to slowly rot along with his decaying mind, with his conscousness now manifesting as a giant eyeball that remained seperate from his main body. This caused Rudolf to set forth his own plan, to put an end to the reign of gods, into motion, using the Falchion to seal Mila away. During the war, Jedah tries to discover why Duma is suffering, leading him to believe that Duma desires the soul of a Brand bearer to ease his pain, causing him to target Celica.

As Berkut, Rudolf's nephew, begins to descend into despair and rage after losing to Alm, Duma starts speaking with him through telepathy, offering Berkut power. This continues until Berkut approaches an altar in Duma's Temple, having succumbed to despair and madness after learning that Alm is Rudolf's son  and the true heir to the throne of Rigel and the beliving that even his fiancée Rinea looked down on him. This leads Berkut to willingly sacrifice Rinea to Duma for power, causing Duma to turn her into a witch and possess Berkut, granting him immense power.

While this is happening, Jedah successfully manipulates Celica to follow him by tricking her into believing that he can free Mila from her petrified seal. After trapping her, Duma takes Celica's soul and turns her into a witch. However, this ends up being thwarted when Alm uses the Falchion, which contained Mila's soul, to kill Celica, and Mila uses the last of her powers to restore Celica's life and soul.

When Alm and Celica's armies unite, they face off against the remaining Duma Faithful and Duma himself, as Duma's giant eyeball form merges with his body. After a fierce battle, Alm defeats Duma once and for all by plunging the Falchion into his eye. With his last breath, Duma regains his sense of self and entrusts Valentia to Celica and Alm, while he falls into a deep slumber with his sister, and warns the two Brand-bearers to never wake them.

Alm and Celica eventually moved Duma's remains, and over thousands of years a volcano developed over his resting place known as the Demon's Ingle. Furthermore, Duma's religion merged with Mila's over that time-frame. 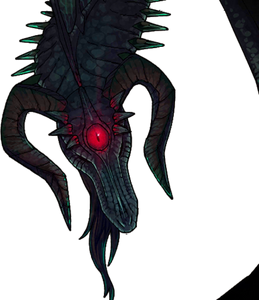 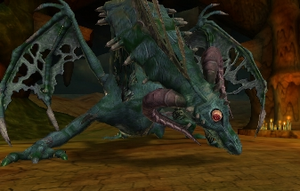 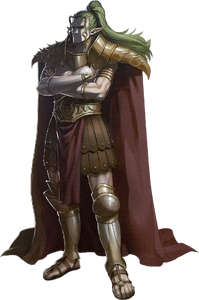 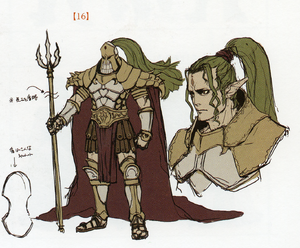