To organize a reign of terror and manipulate Jack into helping her maintain her control on Heaven (failed).

Duma is a recurring antagonist from Supernatural. She was a villainous angel who appeared during Seasons 13 and 14, serving as a big bad in the latter season.

She was portrayed by Erica Cerra.

In her first appearance in episode 13.07 "War of the Worlds", Duma approached Castiel and asked to meet him regarding Jack, the Nephilim son of Lucifer and Kelly Kline (a human). Her request was that Castiel meet her alone, and when he does, he meets Duma and asks her about Jack's whereabouts—mainly if the other angels have him. In response, Duma stated that if the angels had him, he would be put to work, adding that a powerful force is needed to create more angels after the Fall at the end of Season Eight.

Castiel realizes that Duma planned to have Jack put to work, mainly by force, with Duma responding to Castiel's protests by stating that Jack may have no choice. After a pair of angels appeared and praised Duma in bringing in Castiel, Duma turned heel and joined the duo in attacking and fighting Castiel—a fight that was halted when Lucifer appeared. Duma's later appearances during the season had her agreeing to allow Lucifer to rule Heaven in exchange for his help on creating more angels.

Duma appeared in episode 14.08 "Byzantium", which saw a now-human Jack dying and ending up in Heaven—where The Shadow (a being that controls The Empty—where angels and demons usually go when they die) invaded in pursuit of Jack. She was found by Castiel, who helped him search for Jack and escaped when The Shadow began to possess Naomi. Jack was found in Kelly Kline's Heaven by Castiel, but all three were encountered by Duma, whose strange behavior led to her being revealed to be possessed by The Shadow. The possessed villainess attempted to take all three, only for Castiel to promise to return to The Empty in Jack's place. The Shadow agreed, but only when Castiel's suffering ends, after which Duma was freed from The Shadow's grasp.

Duma returned briefly in the season's antepenultimate episode "Absence", as she was encountered by Castiel in Heaven as he was calling for Naomi. Castiel was searching for Mary Winchester, who was accidentally killed by a re-powered Jack (who regained his grace after killing villainous archangel Michael, while burning off his soul in the process) in the previous episode. Duma informed Castiel that Mary was in a special place in Heaven, where she is reunited with husband John Winchester and is happy and at peace. In the following episode "Jack in the Box", Duma is revealed to have become the new Ruler of Heaven, stating to Castiel that Naomi was punished for the events in "Byzantium", claiming that the invasion happened under her watch. She is informed about Jack and how he lost his soul saving Castiel and the Winchester brothers, with Duma assuring Castiel that she would help him.

In actuality, Duma flashed a devious smirk during the encounter, as she stated that Jack's capacity for good was gone due to his actions, after which she decided to manipulate Jack into helping her fulfill her insidious plan from the past season, beginning with coercing Jack into punishing people who "didn't respect Heaven", claiming that his help would please Sam and Dean. The villainess took Jack to the office of Dr. Harrison Tate, a known atheist, and informed him that he can make things right with God by forcing him to renounce his atheistic thoughts. When Tate refuses, Jack turns him into a salt statue. Under Duma's orders, Jack had been committing other bibical deaths, and abducted a congregation led by Pastor Ames and took them to Heaven as part of Duma's plan to turn them into angels.

Castiel confronted Duma regarding her actions, and in response, the evil Duma stated that she was saving not only Heaven and the angels, but the world. Castiel's attempt to retrieve Jack was stopped by Duma, who stated that she would destroy Mary and John Winchester's Heaven if he took Jack away. In response, Castiel killed Duma with his angel blade. 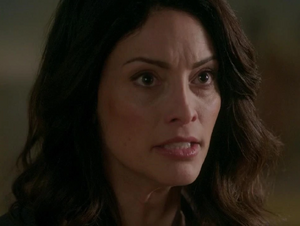 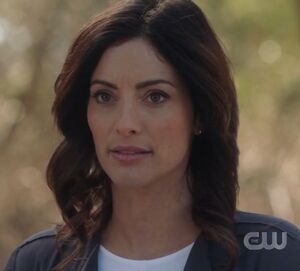