The Other Twin
The Unknown
The Horror

Child of Yog-Sothoth and Lavinia Whateley

Free the Great Old Ones so they can rule Earth.

The Horror, along with his twin brother Wilbur, is the offspring of an unholy union between the Outer God Yog-Sothoth and a human woman. While his brother can pass for a human being and thus lead a normal life, The Horror is monstrous but invisible. He is raised in secret, at first in the Whateley farm's woodshed and later, the farmhouse attic. Feeding on the blood of cattle, as well as that of his mother and grandfather, he grows continuously, necessitating a complete remodel of the house interior.

By the time his grandfather, mother and brother have passed away, The Horror outgrows his confines and heads out in search of food. He rampages across Dunwich, killing two families and innumerable cattle over the course of four days. The villagers call for help, but are not taken seriously. In the meantime, Dr. Armitage, the college librarian who was present during his brother's death, has decrypted Wilbur's diary and learned of Old Whateley's plans to restore the Great Old Ones to power. Dr. Armitage summons his two colleagues and leaves for Dunwich. Using Wilbur's notes and formulas from the Necronomicon, they hunt down The Horror in a ravine and chase him to the top of Sentinel Hill. Finally, his pursuers perform a ritual that proves to be a deadly blow. Suffering greatly, The Horror cries out to his father, who puts him out of his misery with a bolt of lightning and assumes his essence into his realm.

The true form of the Horror is invisible, but can be seen after making certain signs or using a magic powder, the formula for which is found in the Necronomicon. Once visible, he is described as having the smooth, round shape of a chicken egg covered in a gelatinous membrane studded with numerous eyes, and having several legs and mouthed tentacles the size of tree trunks. His only human-like features are a large face vaguely resembling his grandfather's, and the pink eyes and crinkly, white hair of his mother. Wherever he treads, he leaves behind a tar-like and foul-smelling substance.

The Horror is revealed to be little more than a weapon of mass destruction for use by his brother in his campaign to level the planet. He is capable of reproduction, although whether by a mate or parthenogenesis is unclear. Despite his inhuman nature, The Horror is, like all children of Yog-Sothoth, a creature of thought and feeling. He appears to be completely unaware of the violent intentions behind his design. it is implied that he is trained to attack on command only. On his own, The Horror discriminates between and tolerates certain people, and only leaves his territory after running out of food. Without his keepers, it is primarily his ravenous hunger that makes him dangerous, as he requires a steady supply of blood to sustain his perpetual growth, and cares little whether his food source is animal or human. 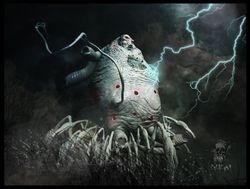 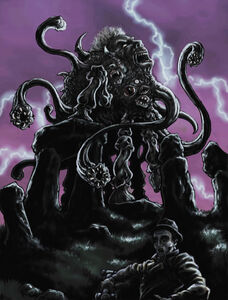 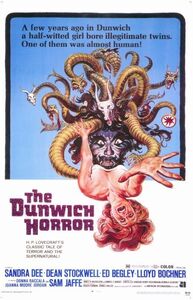 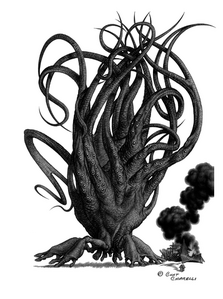 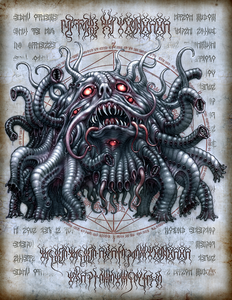