Aid Judgement 6 with its agenda.

Unwilling Servant
Dural is a recurring character and the main antagonist from the Virtua Fighter series. She is the final opponent in all of the games. The player is given only one chance to fight her. The game ends whether or not the player defeats her.

Dural was originally a kunoichi of the Hagakure clan and the mother of Kage-Maru. One day, she was kidnapped and brainwashed by the mysterious Judgement 6 organization. Her body was modified with various cybernetic enhancements and she became an emotionless cyborg. Judgement 6 started to use Dural as the final combatant in their world fighting tournaments. Their motives for her are unclear.

Dural appears as a humanoid woman in all of her incarnations. Her primary body is composed entirely of solid chrome. Other versions of her body are composed of stone, black marble, silver, and gold. Based on the improved graphics in each successive game, her appearance becomes more streamlined.

Dural possesses an amalgamation of moves that belong to every other fighter in a tournament. Consequently, she is able to string unique combinations together that can cause incredible damage. 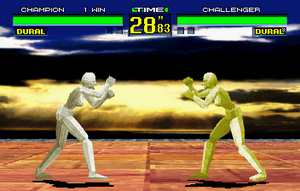 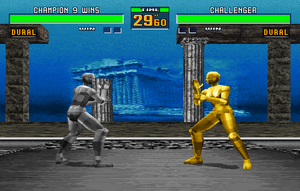 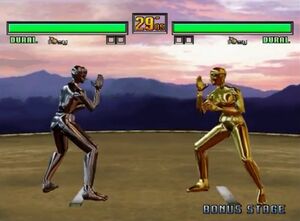 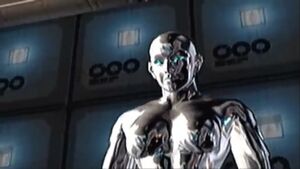 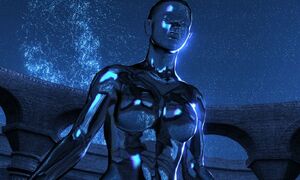 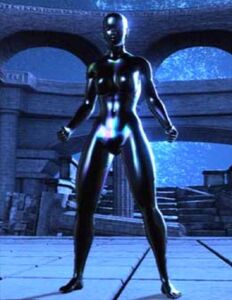 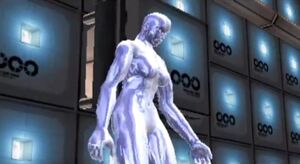 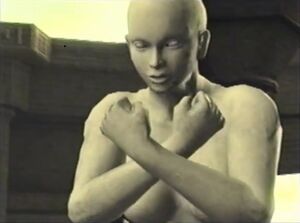 Stone Dural
Add a photo to this gallery 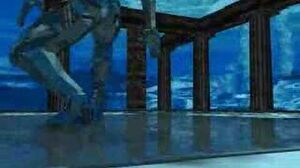 Virtua Fighter 2 Secret Ending
Add a photo to this gallery
Retrieved from "https://villains.fandom.com/wiki/Dural?oldid=3778754"
Community content is available under CC-BY-SA unless otherwise noted.