Get revenge on Jamie Palamino for not reciprocating his advances

Dusty Lee Dinkleman is the main antagonist of the 2005 romantic holiday comedy film Just Friends. Specifically, he is the primary rival of Chris Brander, the film's protagonist.

He was portrayed by Chris Klein, who would later portray Orlin Dwyer in Season 5 of the CW TV series The Flash.

In 1995, Dusty was a high school student that was very unpopular. He had severe acne and a bad stutter, both of which he was clearly self-conscious about. Dusty's only clear hobby at this time was music, which he attempted to win over the most popular girl in school, Jamie Palamino, who he was in love with. Jamie was also the best friend of Chris Brander, the film's protagonist, who was also deeply in love with her. During Jamie's graduation party. Dinkleman tried to play a song he composed just for her, but his guitar was malfunctioning and his playing was ruined. He got extremely frustrated by this and began stammering, suggesting that he had anger problems as a result of the way he was treated.

Ten years later, Chris Brander came back to the.town following an incident on the private jet that transported the rising pop star Samantha James and him to Paris. Chris and Jamie were reunited and Chris began to develop his old feelings for her again. After he is badly hurt in the mouth by a hockey puck, Dusty, now a handsome paramedic, met Jamie again, to Chris's chagrin.

Dusty then went with Jamie to see a romantic movie along with Chris and his mother, which Chris thought that only he and Jamie would attend. On the Palamino's family Christmas party, Dusty finally sang the song he wrote for Jamie in the school days, and Chris is humiliated by Dinkleman's skill with guitar. As a result of this, Chris became convinced that he could not compete with Dusty's charm and almost gave up on his romantic feelings for Jamie.

The next day, Chris sees Dusty using an altered version of Jamie's song to seduce a nurse at the hospital. Dusty reveals to Chris and his friend Clark that he only plans to have sex with Jamie and then dump her, as he wants to humiliate her in the same way that he felt she used to humiliate him when she was the object of his crush but would not give him the itme of day. Dusty said that the nurse was "just another bee", that words angered Chris who tried to tell Jamie about Dusty's cheat, but before he convinced her, he fought with Dusty in the church during a Christmas concert for the children of the town, Jamie was very embarrased and angry for that incident.

Later that night at the tavern where she worked, Brander arrived drunk and faced Dusty one more time and. Dusty asked Jamie if she wanted to be more than friends, but she rejected his request to do the next step on their relationship, effectively friend-zoning him once again. After that, Dusty left the place angrily, dancing and slapping a woman on the butt and threatening to punch her boyfriend if he retaliated. What became of Dusty next is unclear. 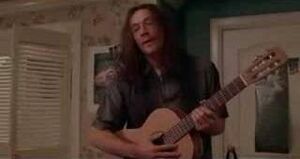 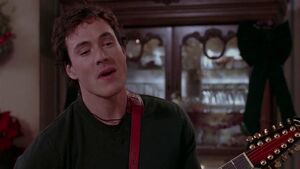 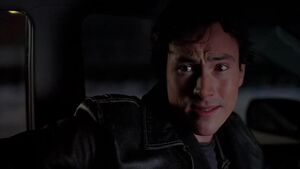 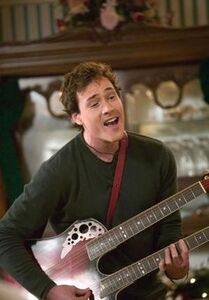