Villains Wiki
Register
Don't have an account?
Sign In
Advertisement
in: One Piece Villains, Anime Villains, Manga Villains,
and 21 more

Duval was an antagonist that appeared in the One Piece anime and manga. He redeemed himself and became an ally to the Straw Hat Pirates.

He was voiced by Toshihiko Seki in Japanese and David Vincent in English.

When Duval first appeared, he was shown to have a grudge towards Sanji because of the pirate's bounty (which had an identical picture to him). His hatred for Sanji is so great that he did not care whether the Straw Hats got killed. Duval is willing to listen to new ideas such as Sanji's idea of changing up his facial appearance to avoid being misidentified as the pirate himself. Duval was also shown to be narcissistic and obsessive with his facial appearance. After his redemption, Duval shows great devotion and loyalty to the Straw Hats.

Duval is a powerful individual. He possesses sheer muscular strength. He is strong enough to even take a barrage of Sanji's kick and still get back up afterwards. Duval is also skilled in weaponry such as using a harpoon in battle.

Duval is also a commander of a gang known as the Rosie Life Riders and is exceptional at commandeering his flying fish during a battle.

Duval was born in the beginning of the Pirate era. As a baby, he was already seen as a curse that was a result of the Pirate era. As time passes, Duval became a thug and criminal. After Sanji's bounty appeared in the newspaper, the Marines began to target Duval because of wrong identification. Duval fled the island he was at, wore an iron mask for protection, went to Saboady Archipelago, and vowed to defeat Sanji with the gang he met there.

Duval had a gang kidnap Hatchan so that he can lead Keimi, Pappug, and the Straw Hats to his base. Once the Straw Hats rescued Hatchan at the base, Duval sent out his men to deal with them. When Luffy stumbled into Duval's secret base, he breaks his iron mask revealing his identity. Afterwards, Duval fought Sanji (the guy he wanted revenge upon) and was ultimately defeated by having his face rearranged.

After accepting his new look, Duval and the Rosie Life Riders told the Straw Hats that if they need any help, they can always call them. After the Straw Hat's arrival on Saboady Archipelago, Sanji called Duval through the den-den mushi and told him that Keimi was captured by a slave trader. Duval and his group appeared and assisted the Straw Hats in retrieving Keimi and fleeing the Marines.

It was revealed that Duval and his team had protected the Staw Hats's ship, Sunny, against the Marines and their enemies.

Duval and his team were first seen in bandages after guarding the Sunny for pretty long time. Duval was going to tell Sanji the story of his heroism but was ignored by the latter. 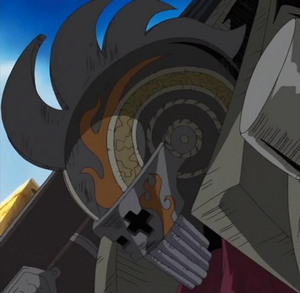 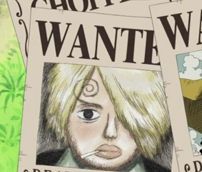