President of The Big Egg Company

Quick with an axe

To get people addicted to cigarettes by eating eggs infused with tobacco.

Win back the affections of his ex-girlfriend Sunday Valentine (both failed).

Duxton Chevalier is the main antagonist of the movie Mr. Accident.

Duxton is first introduced as the founder and chairman of The Big Egg Company, the largest egg company in Australia, after blackmailing the top position away from his older brother Kelvin. Afterwards, he has him squashed to death inside a refrigerator at a recycling plant. It is later revealed he has been putting tobacco into the chicken feed so that the hens will lay nicotine-based eggs that people will eat and get addicted to cigarettes.

He is mysterious, enigmatic, menacing, ominous, loathsome, unpropitious, and rebarbative, as he dresses on the spivvy side of slick. He is street-smart, cosmopolitan, hyper-fast, streetwise, enterprising, and pathologically entrepreneurial. However unlike his brother Kelvin, Duxton is chillingly unpredictable and mercurial. His warm, charming, sympathetic, and personable attributes are forever counterpointed by outbursts of uncontrollable vileness. He carries a constructable metal axe with him in his briefcase and will not hesitate to take it out and assemble it for any situation he sees fit.

In the end he is killed by falling from a great height after fighting with Roger Crumpkin. 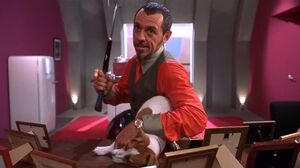 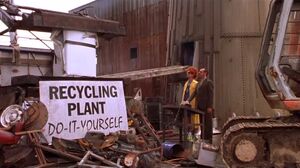 Duxton squashing his brother inside a refridgerator. 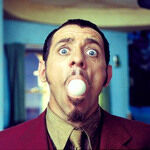 Duxton moments before his death. 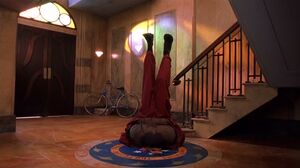 Duxton after falling to his death. 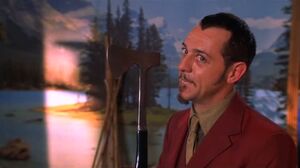 "Don't mess with the psychopath!". 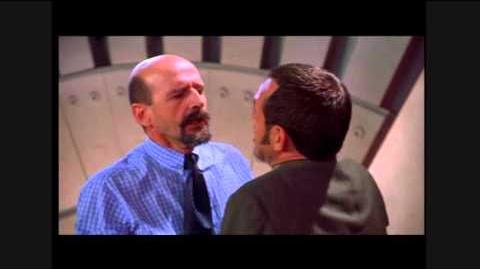