Germanic Dwarfs
The Dwergi were a hostile species of dwarf monsters that served as supporting antagonists in the 2004 dark fantasy horror action film Van Helsing. The Dwergi were small brute humanoids that served Count Dracula as his loyal servants and minions.

Despite their small stature, the Dwergi have morbid and horrifying characteristics, like enormous milky eyes, grey skin, and sharp piranha-like teeth, which they hide under their black masks and hoods. The Dwergi speak Hungarian amongst themselves.

The Dwergi were first seen in the icy Castle Dracula listening to their master rant about the recent death of his Bride Marishka to his other Brides Verona and Aleera. The Dwergi stood on a balcony when Dracula ordered Igor and them to go to Castle Frankenstein and set up the equipment there for another experiment. In Castle Frankenstein Igor and the Dwergi set up shop and prepared all the lap equipment when the Wolf Man Velkan Valerious returned with Dracula planning to use him as a power source that would give life to his children. The Dwergi then surrounded him and placed him in a filthy iron pod for the experiment. The monster hunter Van Helsing and Princess Anna Valerious infiltrated the castle and spotted Dwergi working and hid from them. Anna told Van Helsing that the Dwergi were industrious but also extremely vicious, and if a person gets the chance to kill a Dwergi, then they should take that chance because a Dwergi would do far worse to their human foes.

The experiment proved a success and Dracula's children were brought to life with his Brides taking them to a village to feed. During the experiment, Igor yelled to the Dwergi to power the conductors and generators be accelerated but saw they were losing power as the human host was insufficient. Anna went into the lab and saw her brother high atop the castle when a Dwergi spotted her and tried to attack her. Anna jumped onto a rope with two Dwergi following her and jumped on the same rope but the gypsy princess cut the bottom half of it sending them into a vat of boiling green liquid. Igor saw the carnage and ordered the Dwergi not lose the master's progeny.

Igor and the Dwergi later found and captured the Frankenstein Monster and took him back to Castle Dracula so he could be used in another experiment but this time would prove successful. The Dwergi took all the equipment from Castle Frankenstein and set it all up in Dracula's castle and placed the monster in the iron pod. Frankenstein called the Dwergi vermin from hell as they surrounded him and tied him to the pod. Together with Igor, they built the platform for the Frankenstein Monster to harness his energy and awaken the children of Dracula. As a bolt of lightning struck Frankenstein, it released a blast of energy throughout the laboratory and two Dwergi were blown across the room on fire. When Van Helsing entered the lab, more Dwergi were on fire and screeching with pain. The end of the Dwergi was not clear, although several were killed in the fire and the electric explosion that Frankenstein Monster fired and others killed by Van Helsing. With Dracula's death, the Dwergi possibly retreated away hiding in the mountains. 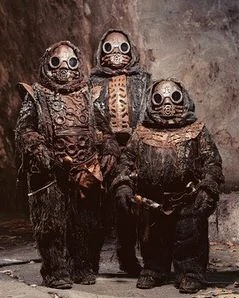 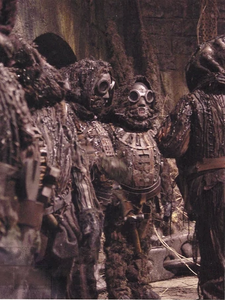 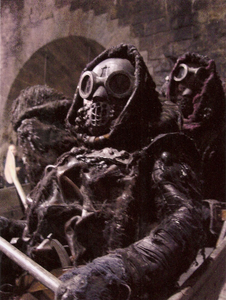 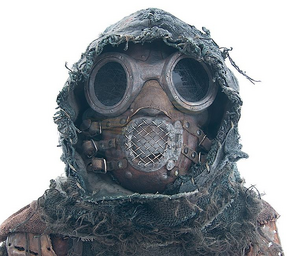 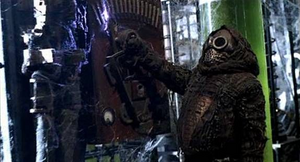 A Dwergi working in Frankenstein's lab. 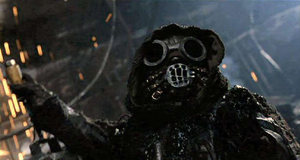 A Dwergi pulling a lever for the experiment. 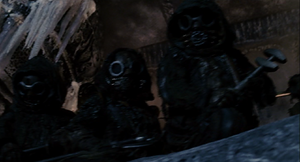 A large gang of vile little Dwergi are perched along the beams. 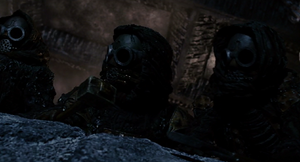 German Gothic trolls, short and squat, with weird masks and goggles that completely hide their faces. 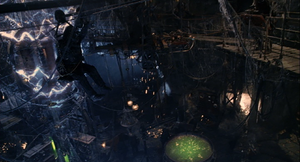 The Dwergi are feverishly preparing the equipment for the experiment in Castle Frankenstein. 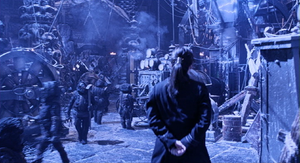 The Dwergi are putting the final touches on the reassembly of Victor Frankenstein's equipment for the next experiment in Castle Dracula. 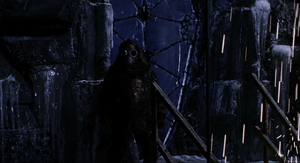 A Dwerger on scaffolding turns around and comes face-to-face with Van Helsing. 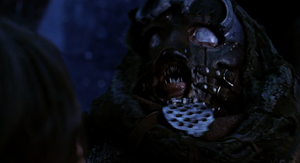 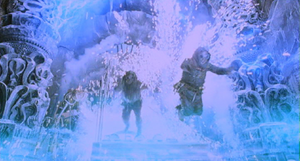 A blast of energy emanates from the pod down into the room overloading the equipment spitting sparks and flames with two Dwergi jumping away. 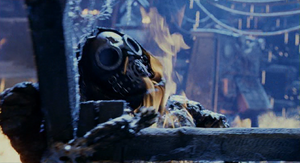 In the ruined laboratory, sparks fly and flames engulf some Dwergi. 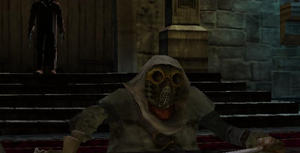 Van Helsing enters the castle and encounters a Dwerger. 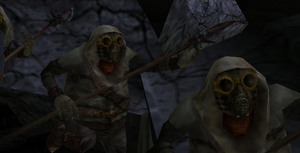 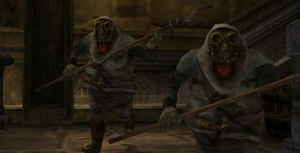 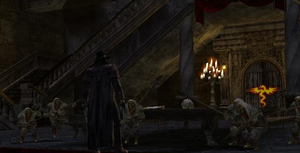