To have Toby and Caroline under his thumb forever (failed).

Dwight Hansen is the main antagonist in the movie This Boy's Life. He is the abusive stepfather of young Tobias Wolff, and the abusive husband of Tobias' mother Caroline.

He is a fictionalized version of Wolff's real stepfather, who died in 1992.

In the 1993 film adaptation, he is portrayed by Robert De Niro, who also played Vito Corleone in The Godfather, Part II, Travis Bickle in Taxi Driver, Jake LaMotta in Raging Bull, David "Noodles" Aaronson in Once Upon a Time in America, Al Capone in The Untouchables, Louis Cyphre in Angel Heart,Jimmy Conway in Goodfellas, Max Cady in Cape Fear, Frankenstein's Monster in Mary Shelley's Frankenstein, Ace Rothstein in Casino, Neil McCauley in Heat, Gil Renard in The Fan, Louis Gara in Jackie Brown, Fearless Leader in The Adventures of Rocky and Bullwinkle, Don Lino in Shark Tale, David Callaway in Hide & Seek, and Senator John McLaughlin in Machete.

He and Caroline, the mother of the protagonist Toby, meet each other at some moment. When he visits Caroline in his apartment, he sees Toby imitating him. Although frustrated, he shows himself as jovial and polite, even complimenting on the good taste of the coffee. He invites them to celebrate the Thanksgiving to his home in the town of Concrete and tells Toby he entered him in a turkey shooting competition. Caroline and Toby accept. Dwight presents them his three children : Skipper, Norma and Pearl. He shows them his whole house. He then takes them to a global visit of Concrete. While walking, he begins to show a bit of his true nature when Skipper complains about the school's distance by yelling him to "shut his pie hole". Back home, he announces to Jack that he has learned that the contest does not allow minors. Caroline decides to take her place and she scores a large number of points in the contest, higher than Dwight's. Dwight is envious of her result but congratulates her anyway. The family has fun in the evening by playing music and singing.

Toby is then sent for some time in Concrete to live with Dwight and his children, where he will soon discover the man's true personality: arrogant and violent. In the road, he takes a bottle of alcohol and drinks it. He aggressively asks Jack to imitate him and when Jack refuses, he threatens to break every bone if he sees him imitate him in a ridiculous manner. Dwight tries to make Toby become a better person but often ends up mistreating him boy, such as calling him a "hog" when Toby eats chocolate cherries despite Dwight forbidding it.

Some time later, Caroline and Dwight are now married and join her family in Concrete; the woman understands Dwight's dominant attitude towards everyone around him, however adjusting to her new life in the absence of better alternatives.

Meanwhile, Toby fights a classmate, the misfit homosexual Arthur Gayle. Dwight is pleased about this and teaches Toby how to fight. Later however, Toby befriends Gayle. Time passes and now in his last year of high school, he decides to leave, enrolling in the same university attended by his brother some time before, in order to leave this life. Dwight throws away his college papers because he doesn't want Toby to go there.

However, as his grades are not very positive, Toby with Arthur's help decides to forge them and is eventually admitted with a scholarship; the success achieved only increases Dwight's anger and frustration with the boy this time around, but his stepfather is more ruthless than ever, ultimately causing Toby's reaction. A violent brawl ensues which does not culminate in tragedy thanks to the intervention of Caroline who finally, with the support of her son, manages to find the strength to leave Dwight forever.

Although he appears at first as a nice and good-hearted man, Dwight is in fact brutish and cruel, a monster whose only motivation is to degrade and bully those who are weaker than him. The worst of Dwight's brutality is directed at Jack, who is rendered helpless by Dwight's unflinching adult authority. Dwight is an alcohlic, often seen drinking.

Dwight mercilessly berates Jack for his every move and, at his worst, uses physical force to make his power known. Dwight derives satisfaction from exercising his power over other people, primarily Jack and Rosemary, and needs to belittle and victimize others to reassure himself that he is important. Dwight is also exceedingly deceptive and dishonest, either making various promises he cannot keep, or simply lying outright, relishing his self-serving underhandedness, even although telling Jack he hates lies, which makes him a hypocrite. This deception is best exemplified when Dwight steals Jack and Rosemary's hard-earned wages, spending the money on himself after he has assured them both that he is depositing it into their respective bank accounts. 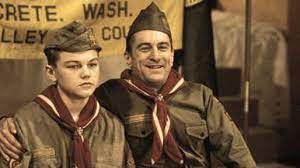 A picture of Dwight and Toby in scout's uniform. 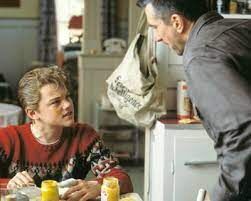 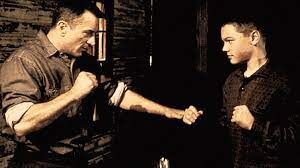 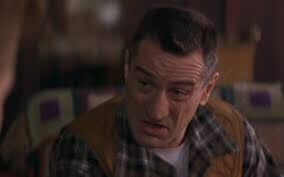 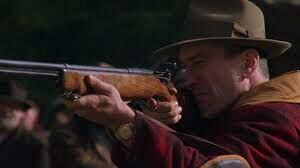