Impersonate Jerome until he wakes up and bring fear to Gotham (failed).

Dwight Pollard is a supporting antagonist in the 3rd season of the series Gotham, and the central antagonist of the episode "Smile Like You Mean It". Dwight is one of the fanatic followers of Jerome Valeska and, after Jerome's death, plots his resurrection.

He was portrayed by David Dastmalchian, who also played Murdoc in MacGyver, Thomas Schiff in The Dark Knight, and Abra Kadabra in The Flash.

Dwight worked at Indian Hill, where he learned how to revive people at least to some degree.

During Jerome Valeska's episode of terror, Dwight was one of the many people who agreed with his point. He became the leader of a fanatical group of Jerome's followers who thought that in the world of lies, treachery and deceit, Jerome was the one who saw the world like it truly was and was thus the one who would 'save' the world from itself.

After Indian Hill was shut down and its director Hugo Strange arrested, Dwight managed to get away without charges. During the chaos in the aftermath of Indian Hill's exposure, Dwight stole the pod containing the frozen corpse of Valeska and stored it in a secure location.

Dwight eventually started a new job at a morgue. With the knowledge he obtained during his time at Indian Hill, Dwight started to experiment on the corpses for testing purposes - his true goal being the resurrection of Jerome. Although he managed to revive people, they were only able to remain alive for a short amount of time before collapsing to the ground dead again. Also, one of these experiments escaped into Gotham and, after dying again, were found by the GCPD.

After Lucius Fox analyses the corpse and finds out that it is supposed to be in the morgue, Detectives Gordon and Bullock head there to investigate. At the morgue, they meet Dwight whom they inform about the corpse. Dwight acts as if he did not know about anything and feigns surprise when the drawer supposed to contain the corpse is empty. While inside the morgue, Jim witnesses several stickers of a smiling face on Dwight's personal belongings. Noticing Dwight's strange behavior, Gordon and Bullock decide to follow him.

They follow Dwight to an abandoned cinema. On the way, Dwight is calling one of his associates who was supposed to look out for the resurrected woman and tells him to be more careful.

Inside the cinema, Gordon and Bullock witness a large group of Jerome supporters, most of them dressed to look like Valeska. Although Bullock notices the weirdness of the cult, Gordon reminds him that nothing they are doing is illegal. Eventually, Dwight climbs on the stage and addresses the crowd. He rants that the people of Gotham are slaves of the media and the politicians and that the people are not doing anything about it. He then reminds the group that there was someone who stood up to the evil oppressors, a man who knew no fear. He then presses a button and a projector plays the tape Jerome made when he attacked the police precinct. While the tape plays, the cult laughs maniacally and applauds once it is finished. Gordon and Bullock then make their presence known to the cult, causing panic to spread. Most cult members flee the building, including Dwight, who successfully escapes. Gordon and Bullock attempt to pursue him but they are forced to stop the pursuit when they are attacked by Victor Zsasz.

Dwight returns to a secret laboratory where he talks to another scientist. The two discuss their plans of resurrection and come to the conclusion that it is time for Jerome to return. Back at his secret lab, Dwight started the procedure to revive Jerome, but seemingly failed. After Gus turns up and realizes that Jerome is still dead, he blames Dwight who has told the followers that he would be able to revive Jerome. The man claims that everyone left their old lives based on Dwight's promises and that the followers want to see Jerome's face. This causes Dwight to kill the follower with a lethal dose of electricity but, remembering the man's words, cuts off Jerome's face afterwards. When he approaches his men, they immediately see through it and angrily demand Jerome. However, Dwight calms them by claiming that each of them is Jerome and that they kept him alive in their hearts.

With his followers, Dwight storms a news station, killing the anchor and taking everyone inside hostage. After the building is secured, the followers prepare for a show of their own. Before they can go live, Dwight is informed that the police is outside and that Detective Gordon is on the phone. During the conversation, Gordon realizes that Dwight is just repeating the words Jerome said to him during their face-off at the hospital. After Dwight claims to be Jerome, Gordon tells him that at least, Jerome never bored him and hangs up the phone.

Dwight and his men then start the show. During the show, Dwight addresses the city in the role of Jerome. During this speech, Gordon, Bullock and a task force stealthily infiltrate the building and eventually storm the room Dwight is in. Dwight attempts to flee but he and all his surviving men are captured and arrested.

After Dwight and his men have been stopped by Gordon and the GCPD, Jerome intercepts the policeman bringing Dwight away. He murders the officer and kidnaps Dwight, whom he takes to an abandoned facility. After getting his face back and attaching it back on with a stapler, he turns to Dwight. Dwight asks whether Jerome is mad to which Jerome sarcastically replies by asking what he could possibly be mad about. However, he then attacks Dwight and ties him to a self-built bomb.

Jerome then takes a camera stolen from the news station and broadcasts live. He reveals himself to Gotham, telling that he is back from the dead. Jerome also addresses his followers, telling them to do what they want and to kill who they want. He then approaches Dwight and ignites the bomb. Claiming that he doesn't forgive Dwight for his face, Jerome then walks off while leaving the camera focused on Dwight. Gordon realizes that Jerome is at a power plant and tries to send men there but the bomb then goes off, killing Dwight and creating a city-wide power outage. 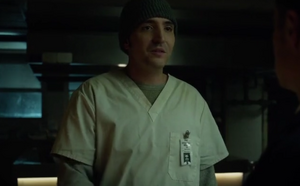 Dwight at the morgue 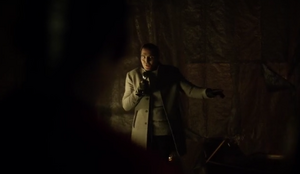 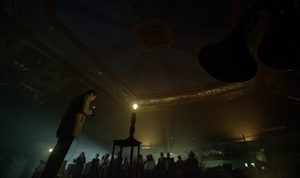 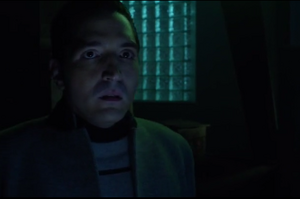 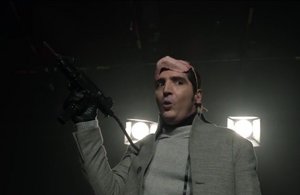 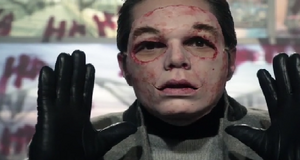