Affiliated high-ranking minion of the Decepticons

Help the Decepticons destroy all the Autobot forces and keep Carly captive as his future wife.
Shut down the American and Russian space programs, including his business, and escape justice (all failed).

He is the CEO of Hotchkiss Gould Investments who is later revealed to be affiliated with the Decepticons. He is also Sam Witwicky's arch-nemesis.

He was portrayed by Patrick Dempsey in his first villainous role.

Later on, Dylan commands Soundwave to shoot and kill the captive Autobots - beginning with Que getting killed by Barricade. However, the Autobots escape and killed most of the Decepticons - including Soundwave. At the request of Sentinel Prime amid the ongoing battle, Dylan attempts to restart the Control Pillar, only to have a confrontation with a perusing Sam. They fight and gets the pillar working a little as Dylan vainly and desperately manages to knock Sam down and foolishly still thinks Sam chose the wrong side. Sam gets back up and Dylan, thinking Sam isn't going to kill him, taunted him that he saved a "whole other world" and asks him if he thinks he's a hero, but Dylan is eventually killed when Sam taunts him back that he is "just the messenger", and then whacks him in the face with a metal rod with a cement block attached to it in rage, causing Dylan to fall back in the Control Pillar electrocuting him to death, finally defeating him and putting an end to his pathetic life.

Dylan died in vain when the Control Pillar is destroyed and Earth is saved as well as avenging the Autobots that were killed in The Battle Of Chicago.

Dylan Gould was a nothing more than a self-serving man who only cared about himself. All he was capable of thinking about was his own well being and safety without noticing good or evil. In fact, the concept of good and evil never seemed to cross his mind even once as he never gave an implication that he thought or knew the Decepticons were the bad guys (though he doubtless did know). He didn't think too much of humanity and he even restarted it after the Pillar was deactivated, showing that he would have ended his own world just to survive. He also tried to make Carly Spencer his wife and imprisoned her like a sex slave as he took advantage of the Decepticons keeping the police and military occupied. Unfortunately, little did he actually know that the Decepticons likely planned to do away with him and the others like they did with the rest of the collaborators. 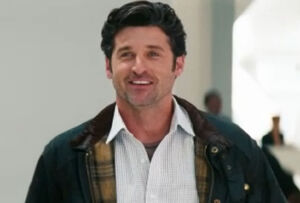 Dylan tells the Decepticons to execute Bumblebee and Que.

Dylan's villainous breakdown as he desperately tries to knock Sam down as he yells at him and foolishly still thinks Sam chose the wrong side.

Dylan's defeat and demise after Sam ragefully whacks him straight in his face with a rock into a pillar, electrocuting him to death.

Dylan in the IDW Comics.