Proving he is the ultimate robot.

Kill Dr. Eggman and destroy everything that represents him (ongoing).

E-123 Omega is a robot from the Sonic the Hedgehog series, first appearing in Sonic Heroes. He was Dr. Eggman's final creation for the E-100 robot series before scrapping the project and sealing him away. Betrayed by his creator, Omega seeks revenge against Eggman by destroying everything he represents, including the Doctor himself. He forms Team Dark to take down Eggman alongside Shadow the Hedgehog and Rouge the Bat. Omega is considered an anti-hero in the series as while his goal seems honourable, he has shown to be willing to attack anyone who stands in the way of his goal to kill Eggman, even if they are innocent or heroic in nature.

Omega is a walking arsenal, carrying seemingly endless amounts of weapons with an infinite amount of ammo, including grapple claws, flamethrowers, machine guns, rocket launchers and beam canons. He is also made to be extremely durable, able to shrug off ridiculous amounts of damage that other Sonic characters can't. He also has strength that rivals that off Knuckles the Echidna just by his claws alone. Despite all of this, Omega is also surprisingly fast, and is able to keep up with both Shadow and Rouge thanks to his jet boosters, which can also be used to hover and temporarily fly. He is also shown to be completely waterproof

Omega frequently charges into battle without thinking or with any strategy and tries to cause as much destruction as possible. This has led to him being captured by the Marauders in Sonic Chronicles and being short-circuited by the Phantom Ruby from Infinite in Sonic Forces.

Despite being waterproof, It is likely Omega can't swim due to him being a robot and his sheer bulkiness.

When Rouge the Bat went searching for Eggman's secret treasure in his base, she accidentally reactivated Omega when she released Shadow from a stasis pod. Mistaking Shadow for an Eggman robot and following his new mission, Omega attempted to take out the hedgehog. However, the three of them then started their search for Eggman at Seaside Hill and Ocean Palace before coming face-to-face with the Doctor himself (who was really Metal Sonic in disguise) in his Egg Hawk. They arrive at a lab and Tails hacks into the computer system, locating the results of an experiment called Project "Mother". Shadow was disappointed they didn't find more to help, but Sonic just focused on the fact that it was useful all the same before speeding off. Omega then asked why Shadow gave Sonic information, and the ultimate life form replied he was just happy to let Sonic do all the racing around. Omega found this hard to understand since Shadow and Sonic's abilities were equal according to his data and Shadow just replied that data would not tell him everything, leaving the automaton stumped. 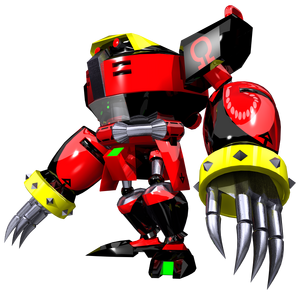 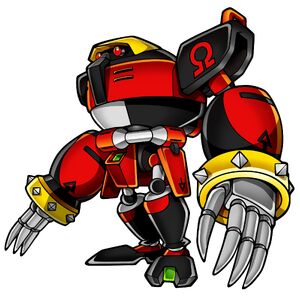 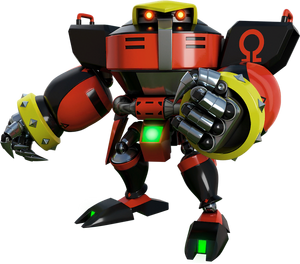 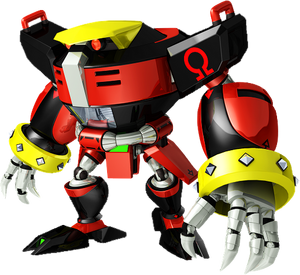 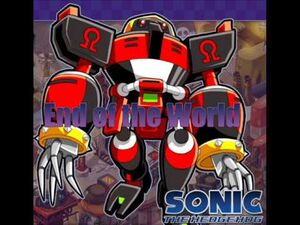 Sonic the Hedgehog 2006 - Soundtrack- End of the World - Omega