Bragging about his tactical prowess.

Eagle is the Commander-In-Chief of Green Earth and an antagonist turned anti-hero in the Advance Wars series. In the first game, he initially appears to be the main antagonist until Black Hole's deception is revealed.

He is shown to be hot-blooded somewhat arrogant, though he cares deeply for the men under his command, as shown when he develops a hatred of Andy because he believes he killed his men.

Eagle joined the Air Force for Green Earth to honor his father, who was an officer in the Air Force. He eventually rose to the rank of Commander-In-Chief of Green Earth.

After a group of fake Orange Star soldiers under the command of Clone Andy slaughtered his men, Eagle declared war on Orange Star. He develops an intense grudge against Andy, blaming him for the attack.

Eagle's forces attack Andy's Orange Star forces several times before Andy reaches Green Earth. However, after Black Hole's influence is revealed, he allies with the other nations to defeat Black Hole. He also later drops his grudge against Andy and begins to see him as a friendly rival rather than a foe.

In Advance Wars 2: Black Hole Rising, Eagle, alongside his subordinate COs Jess and Drake, defends Green Earth from Hawke and his Black Hole forces, eventually succeeding in driving him away.

In Super Smash Bros. Ultimate, Eagle appears as one of the game's spirits. A Novice-rank Attack-type spirit, he gives no effect upon use. In his spirit battle, the player must fight a Captain Falcon on Corneria, with the Captain Falcon both starting with a Staff and becoming stronger physically and defensively after some time. 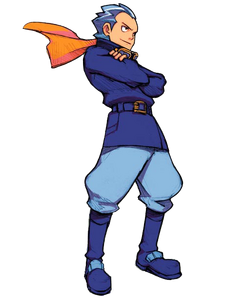 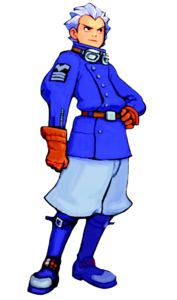