The State of Wei's Greatest Spearman

Leader of the Earl Shi Army

Find a place to die (Succeeded).
Kill Tai Ro Ji and his faction of the Wei Fire Dragons (Succeeded)
Protect the State of Wei from invaders (Failed).

Earl Shi is a major antagonist in the popular historical seinen anime and manga series, Kingdom. He was a leading military figure as a Great General for the state of Wei and member of the Wei Fire Dragons that rivalled the likes of the Six Great Generals of Qin and the Three Great Heavens of Zhao and with his supreme mastery of the Qiang/枪/Spear, he was one of the greatest practitioners in all of Chin. He was one of the four major antagonists during the Wei Fire Dragons Arc.

An emotionless man devoid of desire, ambition, color, and senses, Earl Shi was apathic as he barely showed any displays of emotions or expressed any changes in his expressions. Even when he was became a Great General and was rewarded the title of a Fire Dragon he didn't show any signs of excitement. However he did have a vindictive side as he showed an intense amount of rage when he killed his step father and fellow Fire Dragon Tai Ro Ji for their roles in his lover and fiancée Shi Kika's death.

With the loss of his only reason to live, he became nothing more than a cold and efficiently capable fighting machine with barely any weakness to exploit.

At a young age, the boy that would be named Shi Ei followed his mother when she decided to become a wife to the wealthy and somewhat famous soldier Shi Haku. It was there that he met and befriended another stepchild brought in by a different woman named Shi Kika. Later on at around his early teens and during the time he joined the Wei military, Shi Ei lost his mother along with Shi Kika's during a passing epidemic, leaving them both to be shunned by the rest of the household. Told by his stepfather to Hurry up and Die. Shi Ei was sent to the fiercest and battle rich frontlines, time and time again and Shi Kika was bullied everyday. During these times Shi Ei and Si Kika would comfort each other as they become one and one another's emotional support. As the years flowed by as Shi Ei's stepfather couldn't father a child, his legacy and title was passed on to his hated stepson Shi Ei as he became known as Earl Shi from there and after. From then on the Earl would go on to become a Great General and be rewarded a membership to the famous Wei Fire Dragons. Likewise Shi Kika had grown into a beauty whose name resounded throughout Wei's royal capital of Dairyou and their relationship had become more intimate as lovers.

As a member of Fire Dragons of Wei, Earl Shi would go on to contend with and rival the leading military figures of upper tier China such as the likes of the Six Great Generals and the Three Great Heavens.

With such prestige and fame behind them, the Earl and Shi Kika asked their stepfather for permission to marry. However he refused, simply out of hatred for his talented stepson and with a campaign starting soon the Earl was recalled to the battlefield but not before reassuring Shi Kika that he will take her as his wife the moment he returns.

During the campaign, the Earl along his follow Fire Dragon, Rei Ou received an urgent message from his family's estate that stated that Shi Kika had just been married off which shocked the expressionless Great General. With Shi Haku laughing to himself, the messenger further delved that she had been wed to their fellow Fire Dragon Tai Ro Ji. A cruel man, Tai Ro Ji was famous for being a "wife-killer". Refusing to give up her love, Shi Kika was cut down by Tai Ro Ji after she declare it. Enraged to the point of refusing orders from even the king of Wei, the Earl would instantly kill his stepfather the moment he returned home. And with anger that refused to settle, the Earl convince Rei Ou and Gai Mou to joined forces with him in order to kill Tai Ro Ji who convince Shou Sen and Ba Tou, the other Fire Dragons, with the exception of Go Kei as he remained a neutral party, to side with him in their conflict. Inciting a major civil war in the state of Wei, the Earl would ultimately slaughtered and killed the three Fire Dragons himself.

With the strength of the Wei military in utter shambles and effectively reduce in half, the sixth king An Ri wanted nothing more but to execute the three Great Generals but was stopped at behest of Go Kei as swayed the king's anger. Instead they were sent to an underground prison where they spent the next fourteen years in almost total darkness. 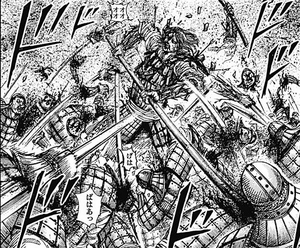 The Earl's childhood on the battlefield. 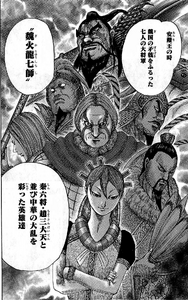 The Earl as a member of the Wei Fire Dragons. 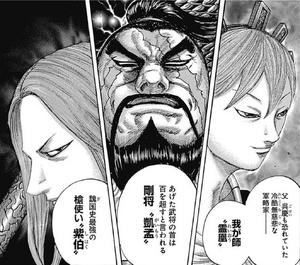 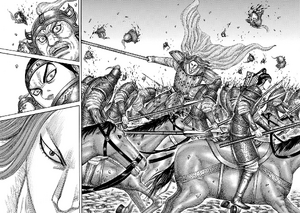 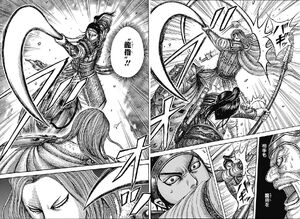 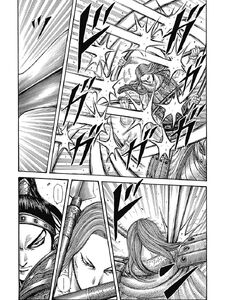 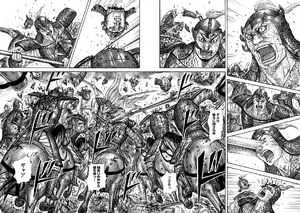 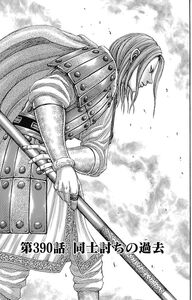