Earl Talbot Blake is the main antagonist of the 1991 action-crime thriller film Ricochet.

He was portrayed by John Lithgow, who also portrayed Burke in Blow-Out, B.Z. in Santa Claus: The Movie, Lord John Whorfin in The Adventures of Buckaroo Banzai Across the Eighth Dimension, Eric Qualen in Cliffhanger, Jean-Claude in Rugrats in Paris, Lord Farquaad in Shrek, Carter Nix and Carter Nix, Sr. in Raising Cain, Glenn Motch in The Campaign, Arthur Mitchell in Dexter, and Lamar Blackburn in The Accountant.

Blake is a gangster who, in the beginning of the film, goes to meet with other gangsters, seeking to get into the big leagues. He proceeds to kill the other gangsters and take their money before fleeing from the scene, only to be cornered by rookie police officer Nick Styles. Blake takes a nearby girl hostage and forces Nick to disarm by stripping down to his underwear. Nick turns the tables on Blake by drawing a hidden firearm from his underwear and shooting Blake in the knee, wounding him and allowing him to be apprehended by the police.

Blake is sentenced to prison while Nick goes on to become a full-fledged police officer and later a district attorney, and he becomes obsessed with exacting vengeance upon Nick for ruining his chance to become a big-time criminal. Over the next few years, he forges an alliance with members of the Aryan Brotherhood and plots his revenge on Nick. He finally puts his scheme into motion by killing a parole board member and escaping prison, then faking his death.

Blake, with the help of his right-hand man Kim, kidnaps Nick and holds him captive. During a game of arm-wrestling, he injects Nick with cocaine, incapacitating him. Later, he has Nick tied to a bed and pays a prostitute to rape him while he videotapes the encounter in order to create footage that makes the encounter look consensual so he can ruin Nick's reputation. Afterward, Blake knocks Nick out and leaves him on the steps of City Hall, where he's found by authorities. As just about everyone refuses to believe Nick's claims that he was held captive by Blake (who is believed to be dead), Blake himself proceeds to play psychological games with his hated enemy, further proving to others that Nick isn't quite sane. Later, when Nick and his close friend/partner Larry Doyle (one of the few people who believe Nick's claims) investigate the Aryan Brotherhood, Blake lures the two men into a trap and fatally shoots Larry before tossing the emptied gun to Nick, causing him to catch it and therefore get his fingerprints on it.

Nick eventually turns the tables on Blake by faking his own death on national TV; this sends Blake, who wanted Nick to live a long, miserable life, into a furious rage. Blake then receives a call from Nick through Odessa, a gang leader and Nick's childhood friend, telling him to come to the Watts Towers. He heads to the towers to find his kidnapped assistant Kim, who chastises him for angering Nick; in response, Blake shoots Kim dead. Nick then appears and engages Blake in a battle at the top of the metal towers, in which Blake ends up being electrocuted after a mains power supply is connected to the tower. Stunned, Blake is thrown from the tower by Styles and lands on a large spike below, impaling him.

He was a psychopathic, ruthless, and vicious professional criminal and a sadistic assassin. At the beginning, he is just a normal criminal who tries to enter the big leagues. However, when Nick Styles imprisons him, his desire for vengeance drives him into an obsession of destroying Styles's life to the point of pettiness. Probably because of his high-functionning psychopathy, Blake is able to take an impressive facade of natural politeness, as seen with Styles' two daughters while disguised as a power supply man. But most of the time, he is outright evil and rude with everybody he meets, even with his right-hand man Kim, whose he verbally abuses. When the latter has enough of his attitude, he immediatily kills him without remorse. This shows Blake does not care about anyone except himself. 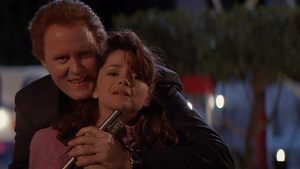 Blake holding a woman hostage after being confronted by Nick Styles 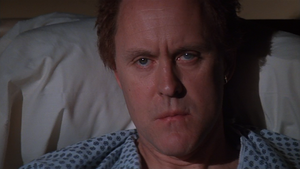 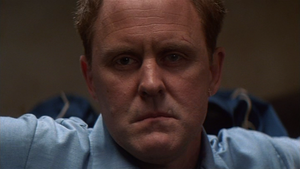 Blake gathering information on Styles in his cell 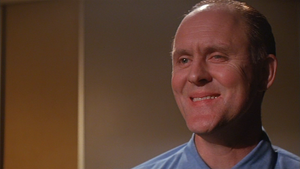 Blake posing as a repairman at Styles' home 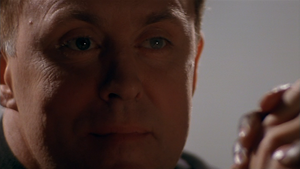 Blake having an arm wrestle with Styles after capturing him 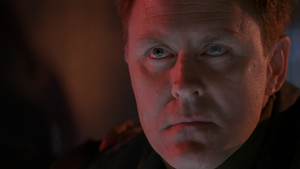 Blake watching the now disgraced Styles on television at a bar 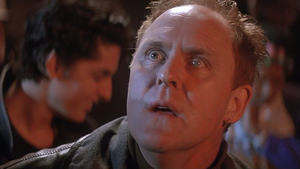 Blake is horrified when Styles threatens to commit suicide, after wanting him to live and suffer 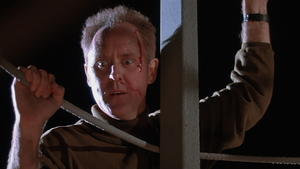 Blake fighting Styles at the top of the Watts Towers