Turn Earth into a poisoned world for their kind to thrive in.

Like their predecessors, the Warstar Army, each of their names is a tribute to a science fiction film, with the Yuumajuu each being named after monster movies. In addition, the kanji in the name of a Yuumajuu is indicative of its abilities.

10,000 years ago, the two leading Yuumajuu were sealed into the Erurei Box, a source of the Yuumajuu's power. In 2010, Dereputa's meteor shower inadvertently exposed the Erurei Box as Buredoran secretly breaks the seal on it, freeing the Yuumajuu once more as they intend to pollute the Earth and make it into an ideal paradise for themselves. At the same time, Gosei Knight is reawakened in response to stop them. The Erurei Box is named after the film Hellraiser.

Tomarezu of the Tsuchinoko is the first Yuumajuu to attack, able to dig Underground and spew out a green toxic sludge that can melt humans down into slime. He is destroyed by Groundion's Groundion Eraser.

Zeibu of the Mummy is able to turn people into his mummified slaves, along with wielding Cursed Sand and Cursed Whip. His plans are to use a television broadcast to turn more humans into his slaves and mummifying the entire planet until the Goseigers and Gosei Knight stop him. After Gosei Knight defeats him, Zeibu is revived by the Bibi Bugs to be finally destroyed by Hyper Gosei Great.

Giemurou of the Kappa is another Yuumajuu who evaded sealing thousands of years ago. Giemurou can absorb moisture and uses a sumo-fighting style.

Found by Buredoran, Giemurou is used in a scheme to use Gosei Knight's power to convert humans into kappas and have them convert others as well, all while sucking the planet dry. After Gosei Knight escapes his confines, he defeats Giemurou with the Knight Dynamic. then summons the Knight Brothers and becomes Gosei Ground to destroy an enlarged Giemurou.

Pesaranza of the Kesaran-Pasaran feeds off of the persistent love between humans. Reconstructed from his remains, Pesaranza drives humans to be obsessive to get their hearts just right for feeding.

In addition to his super speed, Pesaranza can break his body up to several fluff balls to avoid being hit by an attack.

He is immobilized by the Istop Gosei Card, preventing him to split apart, then was destroyed by the combined efforts of Gosei Ground and Skick Gosei Great. He is modeled after a leech

The childish Waraikozou of the Gremlin loves to destroy anything mechanical. After being defeated, an enlarged Waraikozou is destroyed by the combined efforts of Gosei Ground and Gosei Great.

Uobouzu of the Nessie talks in poems and eats shadows, leaving his victims in a state of paralysis that becomes fatal over time. Having battled Groundion in the past, Uobouzu is found by Makuin who asks for his aid to finish what he started ages ago. Uobouzu eventually meets his end against Ground Gosei Great.

Zaigo of the Skyfish is able to raise humans' temperature. His sparks attacks are the Zaigo Stardust and the Spacy Shower. Defeated by the male Goseigers, an enlarged Zaigo is destroyed by Ground Gosei Great.

Semattarei of the Brocken Spectre

Semattarei of the Brocken Spectre is able to cast illusions, such as several Yuumajuu destroyed by the Goseigers and Gosei Knight. He is used by Buredoran to force the Goseigers to get the Abare Headder for him, intending to use the item on Semattrei to enhance his power so his illusions can become tangible. In the end, he is destroyed by the Super Goseigers.

Sarawareteiru of the Fairy is used in Makuin's scheme to target Moune, having her use her golden pixie dust to assume the form of the girl's mother. However, as Moune finally sees through the deception and Gosei Knight exposes her, Sarawareteiru is defeated by the Super Goseigers and Gosei Knight before being destroyed by Ground Gosei Great. She is modeled after a leaf insect. Yosei is simply Japanese for fairy. Her name comes from the movie FairyTale: A True Story.

Hit of the Tengu

Hating human laughter, Hit of the Tengu uses a gourd that can suck in anyone who laughs in its presence in a scheme to rid the world of laughter. He uses use his feathered gauntlets to execute wind attacks like the "Tickling Wind". In the process of his mission, Hit captures all of the Goseigers except Hyde. Hyde and Gosei Knight force Hit into breaking his gourd to free everyone before the Super Goseigers and Gosei Knight defeat him. Enlarged, Hitto overpowers Gosei Great and Gosei Ground until Seaick Gosei Great disables Hitto's wind attacks, allowing Gosei Ground to destroy him.

Jogon of the Ningyo

An old friend of Kinggon's, Jogon of the Ningyo is able to latch special seashells onto people which target a flaw in them and makes them believe a person is saying it behind their backs. Among his victims were Agri and Kinggon, the latter thanks to Buredoran of the Chupacabra in order to make Makuin of the Blob be without his muscle. After being hit by the Miracle Gosei Dynamic, an enlarged Jogon is overwhelmed by Gosei Great and Gosei Ground before being destroyed by Landick Gosei Great.

Pikarime of the Shakōkidogū is a childish old friend of Makuin's who uses her powers to abduct all of the children in the city in order to have them all jump off a cliff into the ocean. She is destroyed by Ground Gosei Great.

Originally only able to eat the dreams of those asleep, Elmgaim of the Baku gets a power boost from the Erurei Box that enables him to eat souls as well, leaving his comatose victims in despair while growing roots that would rot the planet. After being defeated by Super Gosei Pink's Super Sky Dynamic and Gosei Knight's Knight Dynamic, he is enlarged by the Bibi Bugs, where after a failed attempt to steal the Goseiger's dreams, he ends up destroyed by Ground Gosei Great. 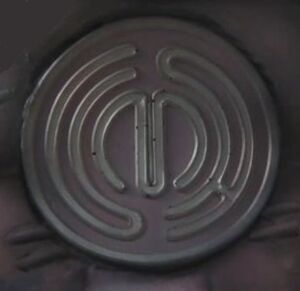