Earth Elementor is one of Max Steel's enemies. He is one of the Elementors and an Ultralink. He can control the element of earth. He is also strong and can break in pieces. He is a X577 Omega Class Bio-Parasitic Subjugation Warrior Ultralink.

Earth Elementor was brought to Earth in an Starship from Makino that contained other Ultra-Links. The Starship landed on Earth and it was immediately discovered. While N-Tek took most of the Ultra-Links some of them were taken by Miles Dread and turned into monstrous creatures known as Elementors. He made one who could control the element of Earth. This one was called Earth Elementor.

When they finally found the source of T.U.R.B.O Energy from Max Steel, Earth Elementor and Fire Elementor went after him.

Fire Elementor fought Max and was defeated. Earth Elementor then knocks Max unconscious and then brought him and the defeated Fire Elementor to THI (Trans Human Industries) where Miles Dread would try to steal his T.U.R.B.O Energy.

In "Rise of Elementor", Earth Elementor appears as a boss in the game. He appears with Max Steel in a canyon defending an Ultra-Link N-Tek had discovered. At first, the player should avoid the rocks and plants that he throws.

Then watch out when he smashes the ground. Afterwards, he will try to crumble the mountain on you. Then he will summon a sand attack. Turn into T.U.R.B.O Strength Mode and hit him hard. Then when he is beaten, use a T.U.R.B.O Attack to finally take him out. 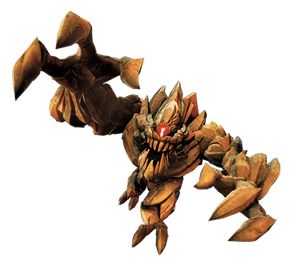 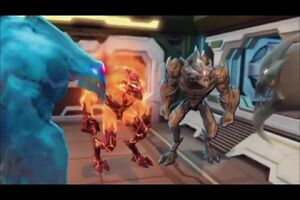 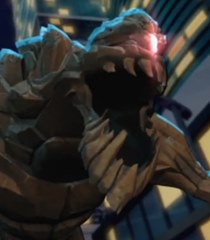 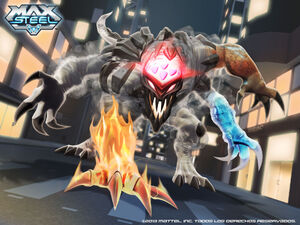 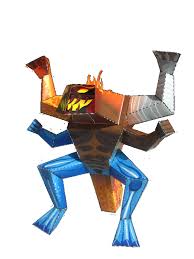 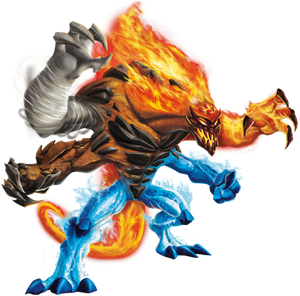 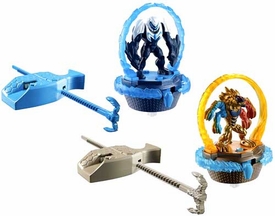 Retrieved from "https://villains.fandom.com/wiki/Earth_Elementor?oldid=3524869"
Community content is available under CC-BY-SA unless otherwise noted.