Has mental powers over the Earth

Can manipulate and control the Earth and all its properties

Make Jackie stay with him.
Kill Bill for leaving him in his current state.
Kill Batman (all failed).

Earthmover is the main antagonist in the Batman Beyond episode "Earth Mover". He also appears as a hallucination in the episode "Hooked Up".

He was voiced by Stephen Collins.

Tony Maycheck, later to be known as Earthmover, daughter named Jackie, whom he raised alone, after losing his wife in unknown circumstances. While working for Bill and was a close friend of his, he didn't approve of him disposing toxic industrial waste in an abandoned mine shaft. However, when Bill offered him a partnership in his prospering company, Tony decided to turn a blind eye, thinking of Jackie's future.

During one waste dumping, when most of the barrels were secured, a slip-up caused a cave-in, and Tony was bathed in dirt and toxic waste. He was left for dead, but the catalyzing properties of the chemicals scrambled his molecules with the soil he was buried under. Over the course of the years, Tony's decomposed corpse became one with the earth, which he was then able to control in various ways and made him a literal Earthmover.

Over time, Tony became increasingly angry with the illusion that Bill didn't want to share the company with him and caused his mutation. Ten years after the accident, Earthmover started to stalk his daughter. Even though he was permanently stuck in the ground, he could conjure drones made of soil that worked as his arms, legs and eyes.

One night, a dirt monster was spotted and followed by Terry McGinnis, who had been studying with Dana Tan at Jackie's. The following night, when Bill was showing the trio the location of his new factory, Earthmover shook the ground under their feet and ejected toxic waste containers from underneath. He also conjured another dirt monster that was repelled by Batman. Earthmover was momentarily foiled. Later that night, he went after Bill and Jackie in their house. He opened a hole in the ground, abducting Bill, and then sunk his entire house with Jackie inside.

When his daughter ventured out, she found Tony's immobile body, surrounded by the chemical barrels that fed and sustained him. Disoriented and overwhelmed by pain, Earthmover accused Bill of stealing Jackie and premeditating the tragic accident, because he really didn't want a partner. Earthmover wanted Jackie to stay with him and tried to kill Bill by immersing him into the ground. Batman thwarted him by rupturing the toxic waste containers that nurtured him. Despite his defeat, the moribund cadaver built up enough energy to shatter a rock that blocked Jackie's escape route, allowing her to live on. Moments later, Earthmover succumbed, finally earning his peace. 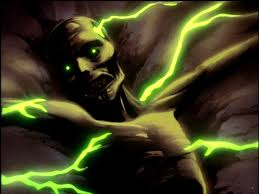 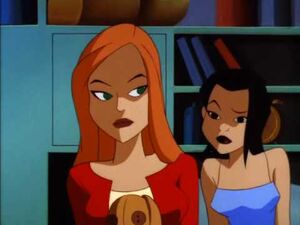 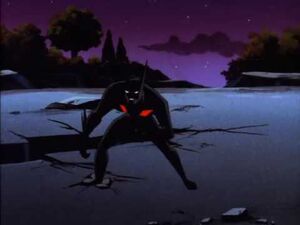 Batman Beyond vs The Earth Golem 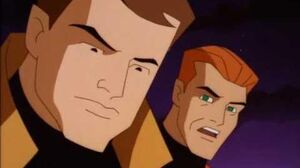 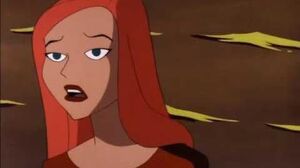 Batman Beyond vs The Earth Mover