Villains Wiki
Register
Don't have an account?
Sign In
Advertisement
in: Movie Villains, Organizations, Pirates of the Caribbean Villains,
and 27 more
English

The East India Company
The EITC

Wipe off all the pirates in the Seven Seas and ultimately the entire world.

Purge the world of crime by any means necessary.
Reestablish a dystopian world under the leadership of Lord Beckett.
Command the Flying Dutchman with the Dead Man's Chest (all failed).

Created by English merchants during the 17th century with the purpose of regulating the trade in the East Indies, it soon grew in power and influence, eventually being appointed by the king of Great Britain as their official trading company. Later on, Cutler Beckett joined their numbers, climbing their ranks and becoming their leader, receiving the title of Lord Cutler Beckett from the king.

Having acquired complete control over the trade in the East Indies, Cutler Beckett decides to expand their influence over all seas, setting his eyes into the Caribbean. He has no regards about whether pirates have any morals, having been fed lies that all pirates are monsters, as have other Navy officials such as Norrington. So, the Company condemns all pirates as being murderers without even giving them fair trails. However, he feared the piracy, deciding he had to eradicate it if he was to conquer the seas. For this goal, he wants to employ Jack Sparrow as a privateer in exchange for his compass, which he needed to retrieve the Dead Man's Chest and thus control Davy Jones to exterminate all pirates from the seas.

Pirates of the Caribbean: The Curse of the Black Pearl

Although the Company is never even seen in this movie, its influence is felt, because by the Company's laws and the laws of the King, the officials of Port Royal are ordered to exterminate any pirates they encounter. Norrington reminds Captain Sparrow of this by saying "Had a brush with the East India Trading Company, did we, pirate?" upon noting Sparrow's brand (later revealed to be given him by Beckett). The decision of Governor Swann to release Captain Jack Sparrow angers the East India Company who decide to take matters into their own hands.

The East India Trading Company makes its first appearance here, coming into Port Royal in a dramatic entrance during a storm, and Lord Beckett reintroduces himself to Governor Swann, and orders Will Turner and Elizabeth Swann arrested. Lord Beckett says their punishment for aiding Sparrow's escape is death.

Showing more concern for the Law than anything else, even human life, Lord Beckett says he will not hesitate to execute Will unless he brings Lord Beckett Jack's compass, because it points to one's true desire. Unknowing that Lord Beckett will use the compass to kill off all pirates, Will agrees. But he finds Jack Sparrow even more uncooperative than he hoped.

The East India Company, meanwhile, are busy in Port Royal, spying on the officials and demoting Governor Swann from Governor to a mere clerk. They harass the Governor and demand information on Elizabeth's whereabouts, believing (rightly so) that he aided her escape but he doesn't admit it. The Company finally gets what it desires - the Heart of Davy Jones when James Norrington brings the Heart to Lord Beckett's office, asking if it's enough to guarantee his position as Commodore back. Lord Beckett agrees and says Norrington did a great deed.

Pirates of the Caribbean: At World's End

After the events of the second film, Davy Jones is now enslaved to the East India Trading Company, who are becoming more ruthless and amoral than they have ever been. First seen presiding over a mass execution of captured pirates, even innocent people caught up in piracy, the Company hangs them to death. Amongst them is a young cabin boy who sings the Hoist the Colors song summoning all pirates to unite. Lord Beckett is seen sadistically presiding over the execution.

Lord Beckett's aim was in fact to get the boy and all the pirates to sing, because he ' wanted the unity to happen so he could have all the pirates in one place - making it easy for him to kill them all. The East India Company attack Singapore in China and they kill many Chinese pirates of Shao Feng's crew. Then the East India Company engaged in a bargain with Jack Sparrow's crew where Lord Beckett bargains with Jack for the compass but this does not end very well. Lord Beckett then resorts to all-out war and he tracks down Sparrow relentlessly using Will Turner as bait.

Will eventually joins the East India Company (acting as a spy for Jack) and then learns the truth about Davy Jones. The East India Company is about to attack Shipwreck Cove but Jack arranges a bargain that they meet them in battle which Lord Beckett smugly agrees because he believes the Flying Dutchman will be with him and he will have victory. However, unknown to him in battle Davy Jones is killed and Will takes his place as captain. Will then pilots the Dutchman alongside The Black Pearl to destroy Lord Beckett's ship with cannons and kills Lord Beckett with many high ranking EITC officers.

The remaining Armada of the East India Company retreat.

Pirates of the Caribbean: On Stranger Tides

Although Lord Beckett is dead, the Company still thrives, recovering from its loss in the previous film. King George recruits Jack Sparrow and Captain Barbossa to track down the Fountain of Youth before the Spanish do. Many of the surviving officers of Lord Beckett's crew accompany Barbossa on the quest for the Fountain.

The Company is modeled on the real-life East India Trading Company. Strangely, an EITC pepper pot was found on Pelegosto Island, home to a cannibalistic tribe, suggesting that the natives either did business with the Company (as noted by Jack's disgusted look upon seeing the EITC logo) or the natives just stole from the Company.

Given that the goal of the Company is world domination, it is a very Machiavellian, cold-blooded dictatorship. Lord Beckett seems to have no honor at all, but other officers of the Company do, such as Mercer, who chooses not to kill Will upon seeing his usefulness.

The Company values the law above even human life, as shown by Lord Beckett's desire to kill Sparrow because of the "threat" he poses to the Company's reputation. 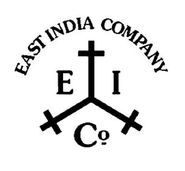 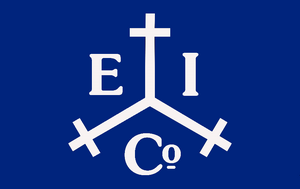