Consume all other lifeforms.

Cataclysmic Alien Predators
The Eaters are the main villains from the 1993 unreleased arcade videogame Chimera Beast.

They are an enigmatic mutant species that naturally emerged on a planet similar to Earth. These monstrosities only purpose is to consume other lifeforms, assimilating their DNA to continually evolve, acquiring the characteristics of their prey. All lifeforms other than themselves are merely foods to these creatures.

The player controls one such Eater (two Eaters if including player two), starting as a microorganism preying on bacteria and other microbes. Each stage has the Eater climbing one step further on the food chain and evolution, taking on fish, birds, reptiles and mammals. By the penultimate stage, the Eater attacks mankind, being gigantic enough to destroy whole buildings. At the end of the stage, it destroys a nuclear power plant, thus causing a nuclear cataclysm on the hapless planet. The final stage has the Eater(s) preying on other Eaters while the nuclear explosion destroys the planet.

After destroying a huge human space shuttle containing humans who were attempting to flee the planet, the players' Eaters are to have one final duel of cannibalism against another giant-sized Eater.

Now, there are two different types of endings: 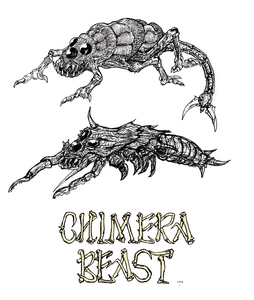 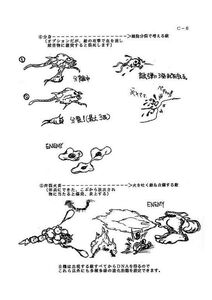 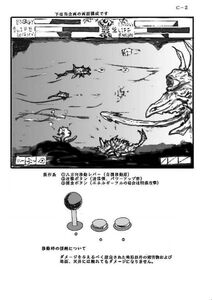 Idea of playing.
Community content is available under CC-BY-SA unless otherwise noted.
Advertisement