Ebifurya is one of the three bio warriors created by Dr. Kochin and a supporting antagonist from the Dragon Ball Z film The World's Strongest.

He was voiced by the late Ken Yamaguchi and currently by Yasunori Masutani in Dragon Ball Heroes in the Japanese version, and by Don Brown in Ocean Group dub, Matthew Tompkins in Funimation dub and Ed Marcus in AB Groupe dub in the English version.

Ebifurya first appeared when he and his fellow creations, Kishime and Misokatsun attacked Piccolo after he saved Gohan and Ooolong from the Bio-Men and defeated him. Later when Kochin wanted to test the power of Master Roshi in order to see if he was a suitable new body for Dr. Wheelo, Ebifurya, along with Kishime and Misokatsun, were released into an arena with him, beating him easily. When Goku entered Wheelo's fortress, Ebifurya took him on along with Kishime, freezing him solid after Kishime shocked him. Before he could finish the Saiyan, Gohan and Krillin arrived, but he froze them as well. But just as Ebifurya was gloating, Goku uses his Kaio-ken to escape the ice, much to his opponent's shock. The Saiyan delivered a punch so hard, it sent Ebifurya flying across the room and through a wall, destroying him.

Since he is a bio-engineered cyborg, Ebifurya possesses abilities far beyond those of any normal organic being. He can also freeze his opponents solid. 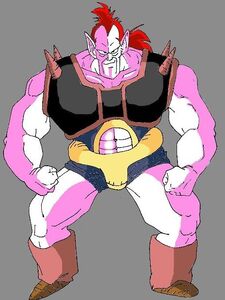 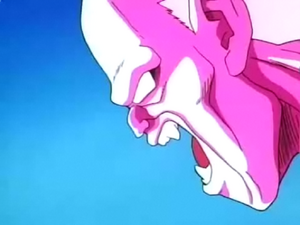 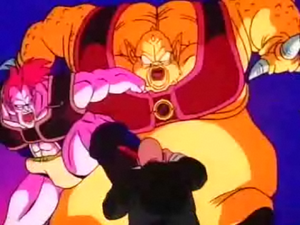 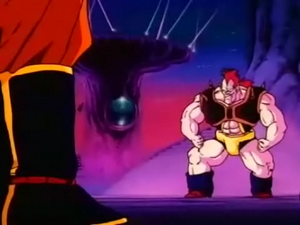 Ebifurya and Goku prepare to fight. 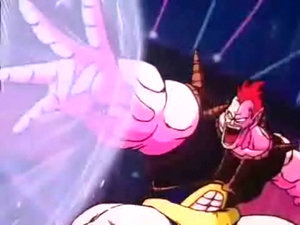 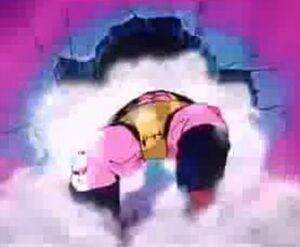 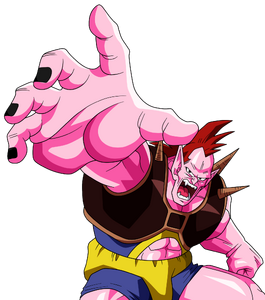