Bury the universe in Puyo.

Ecolo is the main antagonist and final boss of Puyo Puyo 7. He is a dimension-traveling entity who wants to bury the universe in Puyo for fun.

In later Puyo Puyo games, he becomes a playable character.

Ecolo first appears, unbeknownst to the player and characters, possessing Arle. Through Arle, he manipulates the main characters, as they take her advice throughout the game. In fact, "Arle"'s advice is simply furthering Ecolo's plans by creating more Puyo to flood the world with. To trick the characters, he had claimed that it would have done the opposite. Arle appears to be in great pain when Ecolo is possessing her, attempting to fight it and screaming out.

He is seen in the "flesh" at the climax of the game, after being beaten out of Arle by Ringo, who he then attempts to possess back. He fails and decides to simply bury the entire universe in Puyos, meaning the end of all life. He states he does this only for his own amusement.

Ecolo is inevitably defeated, and reappears in Puyo Puyo 20th Anniversary with amnesia. He no longer has any malicious goals as a result, and goes about simply playing Puyo and having fun with people. However, his idea of fun is misguided and he takes it to extremes, such as possessing Satan, causing a space-time rift to appear.

In his debut game, Puyo Puyo 7, Ecolo is a conniving mastermind who manipulated the events of the game from the start with his possession of Arle. He is shown to be rather silly, but still a dead serious threat, as he lies to Ringo about being a well-intentioned extremist, saving the world by destroying it. Immediately after, he states he was lying and is destroying it for his own personal amusement.

After his amnesia, he becomes a much friendlier character with ultimately helpful goals. He decides his main purpose is in fact to spread fun to people, and finds the most fun in playing Puyo, the only thing that he remembers. At the end of 20th, he remembers his identity as a space time entity, lamenting how his state as a Lovecraft-type being will inevitably lead to people forgetting his existence. 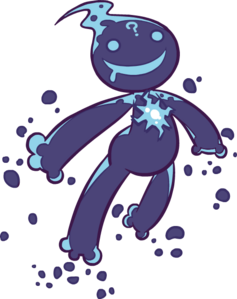 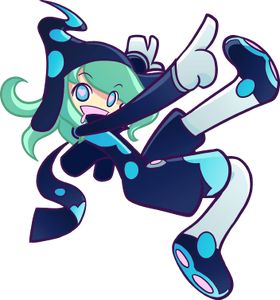 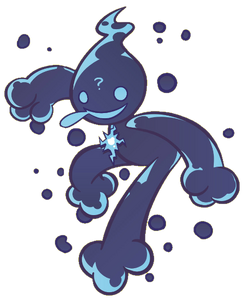 Ecolo in Puyo Puyo Tetris.
Add a photo to this gallery

Retrieved from "https://villains.fandom.com/wiki/Ecolo?oldid=3823257"
Community content is available under CC-BY-SA unless otherwise noted.