Ed is the child in Balrog's Street Fighter IV endings and later a minion of the Shadaloo organization in Street Fighter V. He was created as a spare body for M. Bison, but he got kidnapped by Seth who placed him in the S.I.N.'s laboratory. He is recently confirmed as the third Season 2 Street Fighter V character.

He first appeared in the headquarters of SIN and was found by Balrog, who took him away because he saw the shape of Shadaloo symbol on his hand and thought that he could possess valuable secrets.

Later Balrog questioned him about his abilities, however Ed responded that he is powerless on his own, Balrog responded to him that he is useless but he might be useful later on.

Ed is a valuable minion of the Shadaloo organization which trained him and evolved his Soul Power into the Psycho Power thanks to having M. Bison's genes.

He meets Charlie which asks him where Bison is, the latter showcase his Psycho Power and taunts him for being a dead body, before he could attack Charlie, he is joined by F.A.N.G who fought with him and lost, after that he stated that he was annoying and escapes thanks to F.A.N.G smoking poison.

He later reappears along with Balrog in the latter story prologue, here they are confronted by Urien, who is interested to give them a highly quantitative amount of money in exchange for their work for him and all the data and informations about Bison Operation C.H.A.I.N.S, but they are interrupted by Necalli who was seeking to devour strong souls. After Necalli was defeated by Balrog, Urien concluded the affair.

In the main story mode Ed used his power to stole a chess piece from Zangief, but it was later retrieved by R. Mika and Ibuki. After the fall of Bison, he can be seen smiling along with Balrog while watching the Shadaloo Base being encased by the flames.

As a playable character, he has the appearance of an adult because the past experiments enabled him to age faster than normal humans in order to be suited in battle and manly fights with Boxing, which was taught by Balrog and enhanced by his own Psycho Power. His story is set up after the events of the cinematic story mode in which he is troubled by Bison's ghost, which is trying to possess his body and the reform once more the Shadaloo organization. 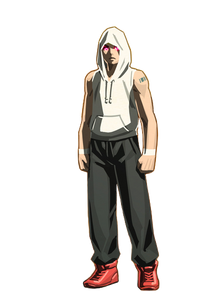 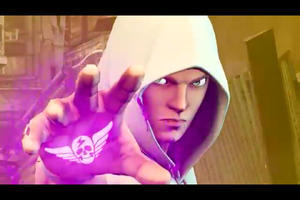 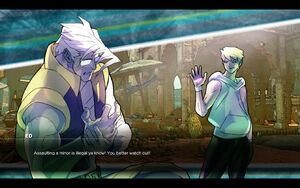 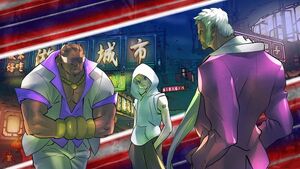 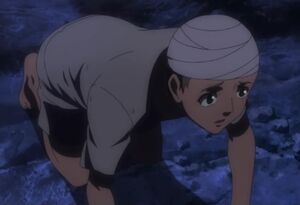 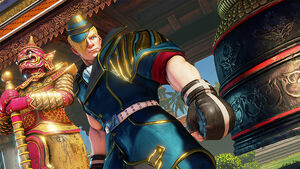