Snakes on a Plane

Fight and kill anyone who gets in his way.
Stop the FBI from escorting Sean Jones to Los Angeles (all failed).
Kill Daniel Hayes (succeeded).

Edward "Eddie" Kim is the main antagonist of the 2006 infamously ridiculous action/horror movie Snakes On A Plane. He is a vicious international criminal who is intent on maintaining his reputation, which includes killing witnesses by all means necessary. He is also the one who put the snakes on the Flight 121. His actions make him stand out in this otherwise not too serious work.

He was portrayed by Byron Lawson.

Kim first appeared with his men brutally beating U.S. prosecutor Daniel Hayes to death, an act of which was witnessed by young surfer Sean Jones. Though Sean managed to escape from the crime scene on his dirt bike in Hawaii, Kim learned of Sean's witnessing and subsequently sent his men to track down Sean and kill him. Fortunately, FBI agent Neville Flynn came to the rescue as he escorts Sean away from Kim's thugs, planning to have him transported back to Los Angeles so that he can testify at court against Kim for Hayes' murder.

Anticipating that Sean and Flynn would board a plane to head back to Los Angeles, Kim devised a plan to put a time-release crate full of venomous snakes inside the cargo hold of a Boeing 747-400 jet airliner South Pacific Air Flight 121 in order to kill them. This act is what caused many passengers and crew (including the pilots) to be killed by the snakes, though a handful of people (including Sean and Neville) managed to avoid being killed by the snakes.

Eventually, FBI agent Hank Harris soon learns that Kim has a connection with a snake dealer. TO that end, Harris and his men track down the snake dealer, who confessed that Kim paid him to sell the snakes for his plot and that they sprayed pheromones on the snakes so that they could attack the occupants unprovoked.

In the end, just as Sean and Neville manage to land the plane safely in LAX with the other survivors, Harris orders for the arrest of Kim and his men for multiple accounts of murder and attempted murder. It can be implied that Kim will be executed for his crimes, either by gas or lethal injection. 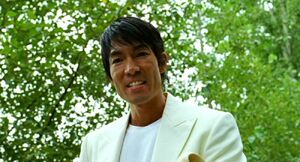 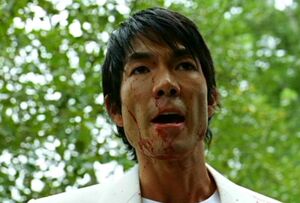 Retrieved from "https://villains.fandom.com/wiki/Eddie_Kim?oldid=3557326"
Community content is available under CC-BY-SA unless otherwise noted.