Eddie Low is a random character who appears in Grand Theft Auto IV. He is a perverted and insane serial killer operating in Liberty City. The player encounters him on two occasions as Niko Bellic, who assists him, but later kills him when Eddie turns on him.

He was voiced by Victor Verhaeghe.

His early life is given to Niko through Eddie Low, where he claims he was sexually abused as a child by his father until he killed him in revenge, and was a strange kid when growing up, attempting to molest and sexually abuse other kids. Eddie even proved to be an efficient killer despite his young age, killing an unnamed red-headed child and even his own brother while his mother was taking care of him up until he accidentally held her head underneath his sandbox and suffocated her. Afterwards, it's unknown what happened to Eddie up until the events of Grand Theft Auto IV.

Throughout Grand Theft Auto IV, Eddie Low's crimes are reported on the radio, although the police are unaware of his true identity, and are unable to come up with a nickname for him. His crimes include murdering and beheading joggers. He also has an online blog which details his insanity, although he unsurprisingly doesn't have any followers.

When his random encounter can be unlocked, Niko Bellic first comes across Eddie when he asks him to help him dump a duffel bag (which contains the head of a jogger). Niko reluctantly agrees, not knowing what's inside the bag, and Eddie sees Niko as a friend and begins to share some of his disturbing fetishes, which freaks Niko out. After Eddie dumps the bag in the docks, Niko drops him off and leaves.

Sometime later, Niko encounters Eddie once again, when Eddie is lurking in a dark alley. Niko is taking aback by Eddie's disturbing comments, such as when Eddie asks Niko if he wants to be spanked. When Niko tells Eddie to fuck off and that he's "not cool", Eddie goes into rage and tells him how he brutally murdered children. Then he attempts to kill Niko with a knife, but Niko kills him in self defense and gets away. Eddie's body is later found and identified, and he is tied to the murders.

Eddie is a strange man to say the very least, often referring to himself in third person. He shows to be oddly friendly towards Niko Bellic, yet also uncomfortably (and unwisely) open about his disturbing fetishes. While his actions are never shown onscreen, Eddie is a serial killer who preys on innocent people and performs grisly acts with his victims. He is also a sexual predator who appears to have pedophiliac and necrophiliac interests and tendencies. It seems like Eddie's behavior comes from when he was very young, abuse that stemmed from his family (his father in particular) might have caused or contributed to his insanity.

Despite all this, it does seem that a part of Eddie does want a friend, which is seen when he pleads with Niko not to leave when the latter chooses to walk away from him. This shows that Eddie might just want someone who understands him, although despite his moments of trying to convey some kind of sentiment, Eddie still tries to kill Niko after caving in to his murderous urges. 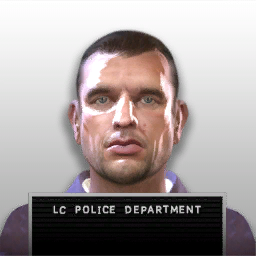 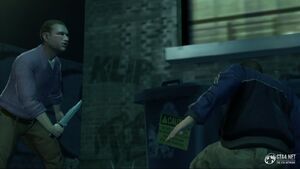 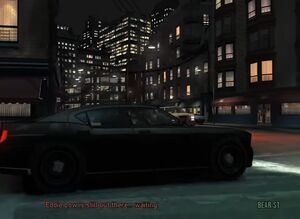 The unique failure message that appears if Eddie escapes.