Assist Dick Roman in his plans

Kill the Winchesters
Extertiminate all the other monsters that preys on humans to eliminate competition (all failed).

Edgar is a villain appearing in the TV series Supernatural. He is a high-ranking Leviathan and the second-in-command of Dick Roman, the leader of the Leviathans. He is the secondary antagonist (along with Lucifer (as a hallucination)) in Season 7.

He is portrayed by Benito Martinez.

Edgar was once a human who worked as a demolitions expert. He was working on his car when he is possessed by a Leviathan after they escaped into the public water supply. Edgar later came to meet the Leviathan that was possessing a little girl named Annie to talk about the mission assigned to them by their boss, Dick Roman. He tells her the Boss isn't pleased about the incident that involved two other Leviathans feeding carelessly and drawing human attention. He warns the girl to get the other Leviathans in the area in line since the boss "doesn't like bad news".

After the Leviathan in Annie has taken the form of Dr. Gaines, Edgar brings the two possessed high school students to him. He also tells Dr. Gaines that the "boss" gave him some business to take care of, which turns out to be taking out Bobby,Sam, and Dean. He torches Bobby's house and fights Sam and Dean in the lot until Dean drops a car on him. He is later seen reabsorbing the black liquid that had oozed from him when he was crushed.

While Dean sleeps off the effects of the turducken goo, Sam and Bobby stake out the Biggerson's Restaurant's warehouse. A car pulls up and Edgar steps out, and gets a hooded figure out of the trunk, and forces him inside the warehouse.

The hooded figure turns out to be Biggerson's waiter Brandon, whom has developed the same hyper-aggressive behavior as Gerald Browder. In the warehouse, Edgar greets the Leviathan Dr. Gaines and tells him that he needs to be more careful because the adverse reactions that some people, like Gerald and Brandon, have to his formula are drawing attention. Dr. Gaines seems optimistic about his experiments, even his failures, but Edgar warns him that Dick Roman is coming and that he needs to burn his "mistakes." Later, he and the other Leviathans get sprayed with Borax by the Winchester brothers who attempt to rescue Bobby from Dick.

Edgar was planning the construction of Dick Roman's human-slaughterhouses, as well as questioning Dick's choice of name, when he receives new orders to search for the newly-chosen prophet, Kevin Tran. He shapeshifts into a detective to find Kevin. While at Kevin's home, he is speaking with Kevin's mother when he suddenly appears in the company of two very low-level angels. Edgar swiftly kills them both while making witty lines about how leviathan beats angel, then shifts back to his "normal" form and smiles malevolently at Kevin and his mother who cower in terror.

Dick Roman sends him to deal with their vampire "allies". He first goes to the Alpha Vampire's house, where he finds a single vampire minion. He asks where the Alpha is, and when the vampire attacks him, Edgar easily overpowers him. He then briefly morphs into the vampire's form, thus absorbing his knowledge, then kills the vampire and leaves.

Edgar then meets with the Alpha Vampire at his mansion and upon arriving, senses that Sam and Dean Winchester are there as well. The Alpha Vampire offers to hand them over, but first questions Edgar over the Winchesters' claims that the Leviathans are trying to exterminate the vampire species by tainting the blood of the human population. Edgar initially denies this, but when the Alpha demands to know why the Leviathans aren't helping to cure the mysterious plague ailing the vampires, Edgar admits that they have no interest in helping the vampires at all. In fact, the Leviathans intend to exterminate every other supernatural species that preys upon humans, thus eliminating the competition. The Alpha protests that they are related species, as the vampires were created by Eve. Edgar dismisses this saying that he knew Eve and calls her a "whore". The Alpha Vampire angrily attacks him with Borax, but Edgar shakes it off and overpowers the Alpha.

Suddenly Dean bursts into the room and attacks Edgar from behind. Edgar blocks the attack, but then is beheaded by Sam. Before leaving, the Winchesters then advise the Alpha Vampire not to leave Edgar's severed head too close to his body. It's unknown what happens to Edgar after this, but its presumed that Alpha Vampire has his body and head hidden somewhere. 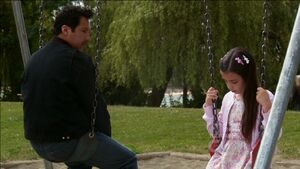 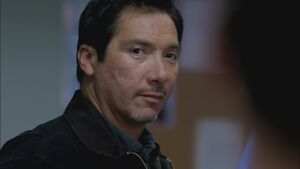 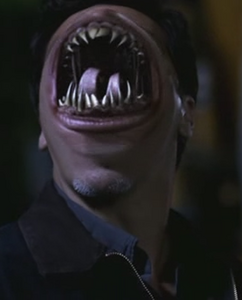 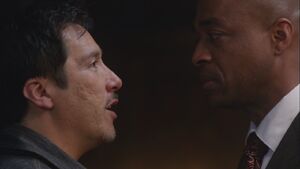 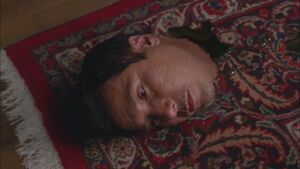 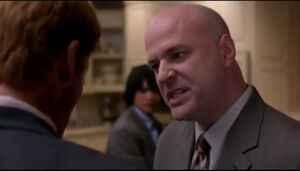 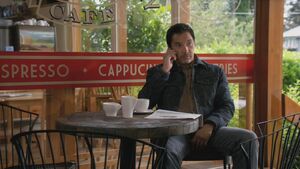 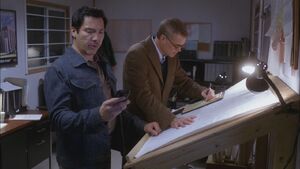