To prevent Lucky Luke and the europians from reaching California so he can have it all to himself.

To get rid of Lucky Luke.

Edgar Crook (also known as Crook) is the main antagonist of the 2007 Xilam animated film Go West! A Lucky Luke Adventure. He is a sneaky and greedy rich man who plans to have the land of California.

He was voiced by Edgar Givry in the original French version.

Crook is considered as a sneaky, diabolical, arrogant, and greedy man who wants to have California and a lot of money in order to keep his wealth.

Crook first appears when Lucky Luke explains how to get to California, he plots to prevent Lucky Luke and the europians from reaching California so he can have land for himself as well as gain even more money. 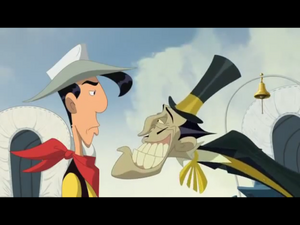 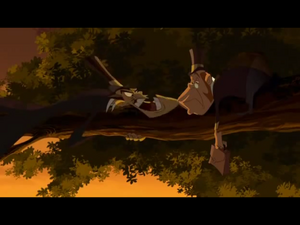 Lucky Luke, with a man like that guardian those naive pioneers might just get there in time, Bartleby! it's up to get rid of this troublemaker before he rules everything! 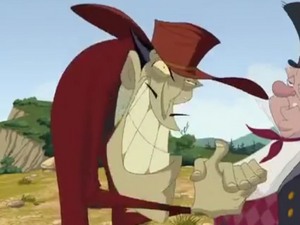 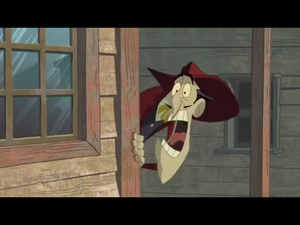 It can't be! they're already here! Edgar shocked that Lucky Luke and the Europeans arrive to Hole Gulch. 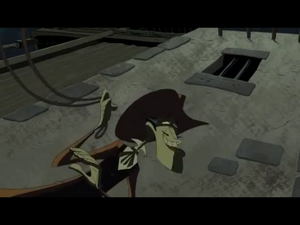 Crook attempts to break the Daltons out... 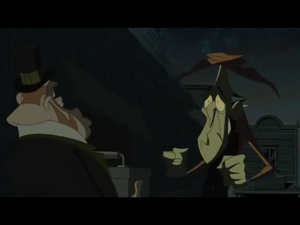 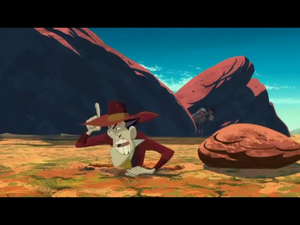 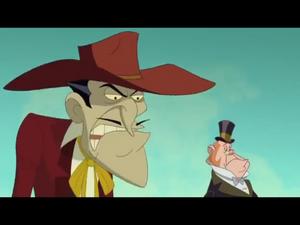 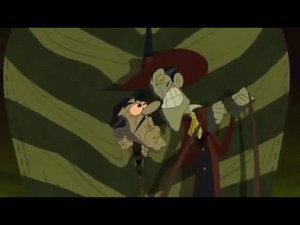 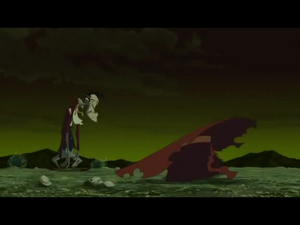 Crook after another failed attempt on helping the Daltons escape. 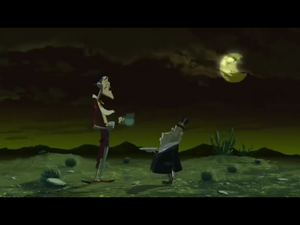 Ask me why, despite everything i'm in such a good mood Mr. Bartleby... 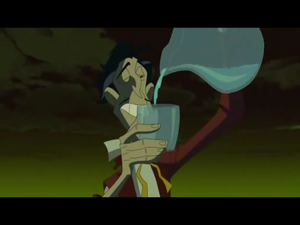 ...Because that wagon train will NEVER get to California. 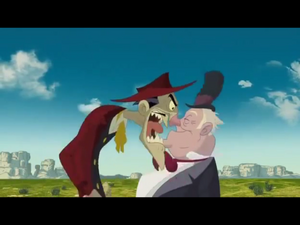 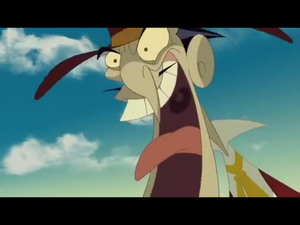 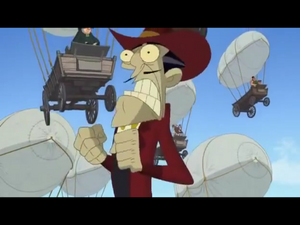 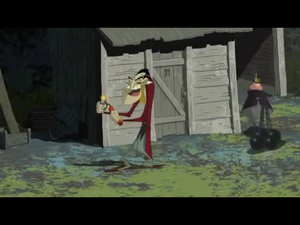 Crook and Bartleby escaping with the loot in the chain balls. 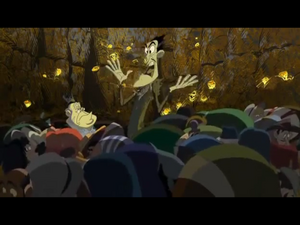 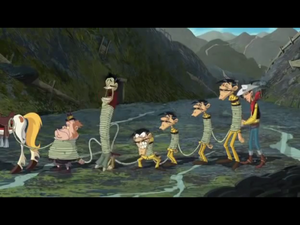 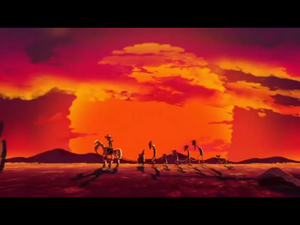 Edgar Crook's last appearance in the movie.
Add a photo to this gallery
Retrieved from "https://villains.fandom.com/wiki/Edgar_Crook?oldid=3699147"
Community content is available under CC-BY-SA unless otherwise noted.