The Bastard Edmund
Earl of Gloucester

Gain what he believes is his.

Edmund is the illegitimate "bastard" child of the Earl of Gloucester and the main antagonist of the William Shakespeare tragedy King Lear. A cynic obsessed with power and its affiliations, Edmund uses evil and manipulation from being low status "Edmund the Base." (Edmund, Act I Scene II) to essentially the most powerful man in Britain.

Edmund is the illegitimate half-brother to King Lear's godson Edgar, and the illegitimate son of one of Lear's best friends the Earl of Gloucester. Resentful of the way that society has treated him on account of his birth status, ("Wherefore should I stand in the plague of customs to allow the curiosity of nations to deprive me for that I am some twelve or fourteen moonshines lag of a brother?" - Edmund, Act I Scene II) Edmund manipulates his father Gloucester and Edgar, Gloucester's 'pure' older son born of wedlock, against one another to rise through the ranks and become Earl himself ("Let me, if not by birth, have lands by wit. All with me's meet that I can fashion fit." - Edmund, Act I Scene II)

He was most famously portrayed by Philip Winchester in the 2007-2008 production starring Ian McKellen.

After Lear causes disrupt in the Kingdom, Edmund is seen pointing out the cruelty of his circumstances and how he is being deprived of what he deserves. He counters this injustice to him by forging a letter in Edgar's name of a mutiny against Gloucester to steal his land and money. Gloucester falls for the letter, and thus rages against Edgar, and trusts Edmund to find out the cause of the letter. Edmund then informs Edgar that Gloucester has turned against him and that he had better leave the Kingdom.

To further his plot and gain further trust from both Gloucester and Edgar, as well as obtain that which would have been Edgar's, Edmund stages a fight with Edgar and pretends to be wounded giving Edgar time to escape, getting him out of the way. Gloucester and the rest of the Kingdom believe that Edmund is on their side, and thus Edmund's plans have already succeeded, Gloucester promising him everything.

Later in the play as Lear's daughter and her husband the King of France are building an army to fight the corrupt British Kingdom (led by the feuding dukes of Albany and Cornwall, husbands to Lear's elder daughters Goneril and Regan respectively, who both begin to fall for Edmund) and Lear has been betrayed and outcast by Goneril and Regan who are conspiring against him, Gloucester confides in Edmund that he is worried about Lear and is going to help him. Edmund however, looking to further himself even further, informs the Duke of Cornwall of Gloucester's betrayal of the Kingdom that is now against Lear, resulting in Gloucester being caught and tortured by Regan and Cornwall, who is killed by a servant.

Gloucester calls for his loving son Edmund, but Regan sneers that Edmund was behind it all, and Gloucester realizes that he, like Lear before him, has put his trust in the wrong child and mourns his betrayal at Edmund's hands and that he wrongly accused and wanted to kill his pure son Edgar. With Gloucester tortured, blinded and now exiled, Edmund finally succeeds fully in his plans and becomes the new Earl of Gloucester, leading Britain's army against the upcoming war with France.

With Cornwall dead and Goneril falling it with Albany, whom she despises for his kindness, both Goneril and Regan are without husbands, and both also have by this point fallen in love with Edmund, who intends to use them too as just a means to an end. Fearing that Regan will steal Edmund away from her, Goneril writes a letter for Edmund to kill Albany and marry her, while she kills Regan, and gives the letter to her servant Oswald to deliver to him. Oswald, however, is encountered by the exiled Edgar, who has run into and now looking after the blinded and tortured Gloucester, and Edgar quickly kills him and uncovers the letter that reveals Edmund and Goneril's evil. Edgar decides he is the only one who can stop his evil brother, and comes across Albany and shares with him the letter.

Though Edmund seems snug in his current position of power, at the onset of the final battle he goes on a triumphant soliloquy where he reveals his two-timing between the sisters and implies he intends to kill one of them or both after the war. Furthermore, he has a mind to use Albany as the apparent spearhead of the battle, before letting one of the sisters take him out in the wake of it. Suddenly it becomes quite clear that Edmund, more than anyone else, will benefit from the power struggle, and possibly become the true new single ruler of England.

Leading the British Army against Cordelia and the French Army, who have just taken in a fallen Lear, Edmund captures and imprisons Lear and Cordelia, and orders for Cordelia to be hung. Albany however, with the letter in hand, accuses Edmund and Goneril of treason, Edmund's evil finally uncovered. Edgar then shows up disguised, and challenges Edmund, who does not recognize him. The two brothers fight, and Edgar eventually defeats Edmund. Edgar then tries to reconcile with Edmund and tell him that he still loves him despite his status and crimes, ("Let's exchange charity. I am no less in blood than thou art, Edmund." - Edgar, Act V Scene III) and tells Edmund of how Gloucester died of happiness upon hearing Edgar finally reveal himself after killing Oswald. Upon hearing this, and that Goneril and Regan have both died for Edmund (Goneril having successfully poisoned Regan, only to commit suicide after seeing Edmund defeated and their evil exposed) Edmund realizes his whole life was misguided and has a realization of his evil ("The wheel has come full circle. I am here... Yet Edmund was beloved." - Edmund, Act V Scene III) and attempts to do some good with his life and revokes the order to have Cordelia hung. This change of heart comes too late, however, as Lear enters mourning Cordelia, who has died and now in his arms. Lear finally breaks and dies of exhaustion and a broken heart. Around this time Edmund finally dies of his wounds, to be wounded by none but his brother Edgar (depending on the production), and carried off with all the other fallen characters in a funeral march.

In many respects Edmund's personality is that of the archetypal Shakespeare villain: he is cunning, cruel and ruthless, and takes pleasure in the pain and suffering he causes.

Edmund however, like all the characters in the play, is also very human and has a realistic, three-dimension persona. He differs from other Shakespeare villains that simply live for evil such as Aaron the Moor or Don John in that while Edmund does thrive on evil, he uses it as a means to achieve what he believes is a noble goal. Edmund rightfully points out that he is just as smart, strong and capable as Edgar and that it is unfair for him to be deprived or less favored over him, and that while he is indeed younger and an illegitimate child, why should that mean anything? Edmund challenges and outright resent the flawed aspects of the human-animal, such as worshipping man-made things, resenting him for his birth status that he cannot help, and blaming things like the stars and the moon for their faults, believing himself to be above these things. Evil is his means, not his nature, and he does believe he is bringing justice and equality by going after what he believes is his. Despite his evil means, his intentions are good and when he realizes how misguided he was he is resentful and tries to do one bit of good before he dies (he can in this way be seen as a contrast to Aaron), although it is too late. 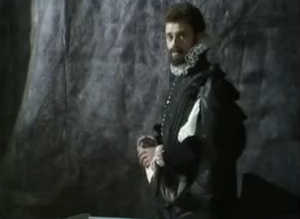 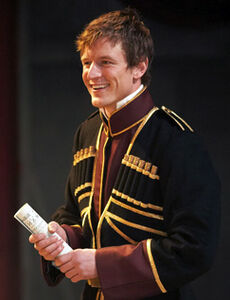 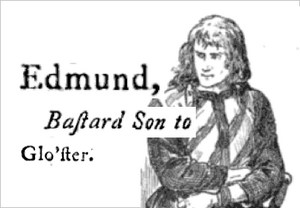 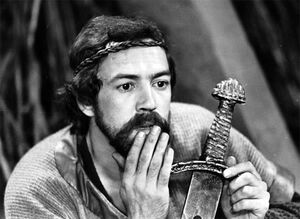 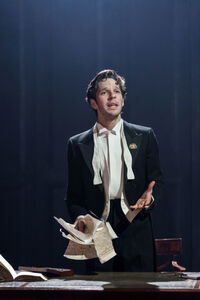 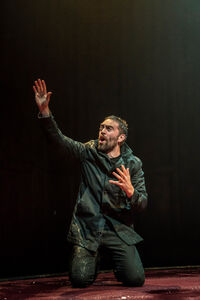 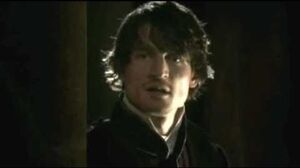 King Lear, Act I, scene 2 Edmund's soliloquy, by William Shakespeare
Add a photo to this gallery
Retrieved from "https://villains.fandom.com/wiki/Edmund_(King_Lear)?oldid=3574363"
Community content is available under CC-BY-SA unless otherwise noted.