Take control of the government and the nation of Edonia.

The Edonian Liberation Army was an evil organization in Resident Evil 6. It was a political organization and military army which was allied with the Neo-Umbrella terrorist group and opposed to the democratic Government on Edonia, a fictional country within Eastern Europe.

In the late 1980s, democracy was just starting to be the new way of life in Eastern Europe, and Edonia was no exception. However, the administration of the new democracy was ill-prepared for the change and this provided the opportunity for officers of Edonia's military to a coup d'etat and occupy city hall. As the Prime Minister lost favor and support of his country, he was forced to dissolve Edonia's parliament. In spite of this, the country regained some of its stature and composure as the primary party worked to strengthen ties with Edonia's neighboring countries.

The officers that started the coup remained stubborn in their goal and joined forces with other anti-government insurgents, radicals and mercenaries.

They began a civil war in 2010 and then 2 years later, The ELA began purchasing Bio Organic Weapons from Neo-Umbrella, a front for The Family's bio-weapons research. Requiring combat data for their newly-finished C-Virus, Neo-Umbrella provided the army with Complete Mutants. Thus began the first known appearence as J'avo and this event provoked involvement and intervention of the Bioterrorism Security Assessment Alliance (BSAA). Several Soldiers of ELA were infected by the C-Virus, transforming into the J'avo.

Carla Radames also offered the army an Ogroman, the Commanding Officer was informed the monster had some errors and he didn't want delay and demanded for the B.O.W. BSAA Alpha Team managed to fight and defeat the Ogroman deployed under the army's command to eliminate the BSAA Agents.

As reports of bio-weapons spread out of Edonia, the international and UN-regulated Bioterrorism Security Assessment Alliance (BSAA) entered the conflict against the ELA in a joint-branch force consisting of both North American and European operatives. In late December they were mass-deployed into the country and quickly had an upper hand over the ELA. However, Neo-Umbrella had been expecting this and provided the ELA with samples of the C-Virus; interested in seeing the BSAA go up against J'avo, the mercenaries were tricked into infecting themselves with the claim they were stimulants to aid in combat. It was found that the J'avo retained their military training and increased the severity of their attacks. The BSAA eventually succeeded in destroying the ELA, despite heavy casualties. 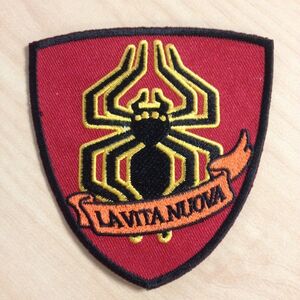 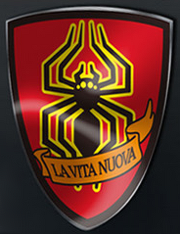