Keep the African slaves under his command (mostly succeeded).

Edwin Epps is the main antagonist of the 2013 autobiographical film 12 Years a Slave. He is a barbarous plantation owner, whom made a name for himself of being one of the cruelest of slavers due to his relentless brutality.

He is obsessed with both a female slave named Patsey whom he sexually abuses, and Solomon Northup (known by his slave name "Platt" then), whom he is particularly interested in breaking.

He was portrayed by Michael Fassbender, who also played Burke in Jonah Hex, the young Magneto in the X-Men films, David 8 in the Alien prequels and the title character in Macbeth.

Edwin Epps was a particularly infamous slave-owner known to take in and "break" slaves, even those others found troublesome - hence when William Ford was forced to give up Solomon after a confrontation with the plantation's carpenter turned into a near-fatal feud it was Epps who would take Solomon in. Very quickly he saw Solomon as clever and this sparked an intense and twisted relationship between the pair, with Epps repeatedly threatening to beat or murder Solomon yet always relenting, seeming to find a strange fascination with his rival and seeking to destroy his spirit (and thus earn himself a victory and prove that he was indeed superior).

Edwin is first seen using biblical "wisdom" to force the slaves to comply with his demands. He forces Solomon Northup to work for him and treats Patsey, a female slave, like his love, raping her on a regular basis. The next day, he gets furious with Northup for Patsey's disappearance and attacks him. He catches Patsey with soap, believing she has stolen it and forces Northup to whip her. Northup begins to do so, but Epps grabs the whip and lashes Patsey ferociously. However, Epps is defeated when Northup is set free and taken home to his family after the Sheriff found out he was a free man.

Epps is a vicious brute who takes sadistic pleasure in torturing, sexually abusing, and killing his slaves, rationalizing his behavior by saying, "A man does what he likes with his property". He despises all black people as less than human, put on earth for the sole purpose of being abused, worked, and tortured. Nevertheless, he is infatuated with his slave Patsey, whom he rapes regularly. He is also a sexual sadist; he throttles and hits Patsey while having sex with her. On top of this, he doesn't even care about his wife as he still continues to rape Patsey despite knowing it makes her jealous. If anything, he likely has sex with Patsey to make both of their suffering worse. This makes him much viler than most other fictional slave owners.

Even though Epps knows that black people are able to think and feel, he thought they deserved only the worst possible existence. He took pride in his sadism and found the idea of racial equality humorous, making him one of the evilest slaveowners of all time. This is because he loves tormenting them rather than merely mistreating them because he considered them inferior.

Right before Patsey was whipped, Epps was initially reluctant due to his fascination with her. However, his fear of being made a fool of (which his vile wife used to manipulate him) and his love for cruelty to his slaves was stronger than his mercy, and he allowed himself to be established as irredeemably evil by torturing the innocent Patsey almost to death. He then went and made it worse by verbally admitting that he enjoyed it. Simply put, it was his disregard for other people's freedom and his ability to make them suffer without a second thought that makes him the horrific monster he truly is along with how he doesn't care for Mary at all.

In the film, Epps is shown to be extremely unstable and temperamental, and has wild and unpredictable mood swings accompanied by great violence and confusing changes on a whim - often threatening to torture or kill mass numbers of his own slaves when enraged only to slowly "calm" himself into a more rational (yet still vicious) state. Furthermore, the film, despite toning down his more violent traits, establishes him as a pure evil monster who revels in his sadism.

Despite his hatred of African Americans, he develops a twisted admiration of sorts towards Solomon, fascinated by Solomon's strength and resilience in the face of his cruelty. He makes it his "mission" to break Solomon's spirit. If not for Solomon getting freed, Epps might have succeeded in his goal. However, as expected this does nothing to make Edwin more sympathetic as he clearly enjoys making people like Solomon suffer no matter what. 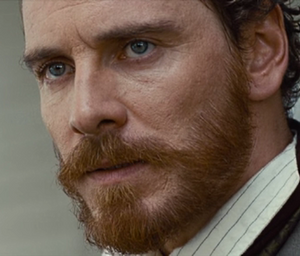 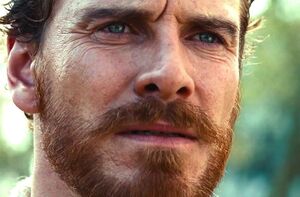 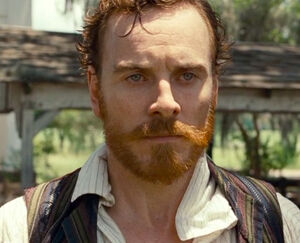 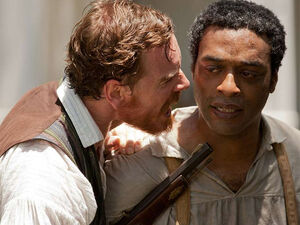 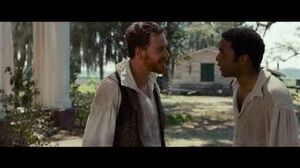