Planning revenge on any who displease them.

Efreeti are a malevolent type of djinni native to many Dungeons & Dragons roleplaying media, they are envisioned as inhabitants of the fire elemental plane and can be confused with Devils due to both their appearance and Lawful Evil society.

They are based upon a similar spirit within Arabic mythology, which is also a subtype of Djinn but often seen as a more demonic entity associated with fire and smoke.

Efreeti are wicked elemental spirits who like all djinni exist outside the normal cosmology of most Dungeons and Dragons, as such Efreeti are both extremely powerful entities and also empty inside, as a result Efreeti have become a proud, egotistical race obsessed with proving their superiority over others.

Ruled over by a Great Sultan and a large array of lesser rulers (known as Malik) the Efreeti value strict hierarchy and see their granting of wishes to lesser races as a way to demonstrate their own personal power rather than anything charitable, they are also ruthless slavers and merciless pursuers of any who insult or harm them, with legendary wrath that is rivaled only by their pride.

They require heat and flame to flourish just as regular creatures require air, thus they are found in areas such as volcanoes, raging lava pits or the elemental planes of fire itself - the largest settlement for the Efreeti is the fabled City of Brass, which allows them to trade and conspire with one another en mass.

Dealings with Efreeti are thus extremely perilous and risk those involved into becoming slaves to the Efreeti or invoking their anger in some manner. 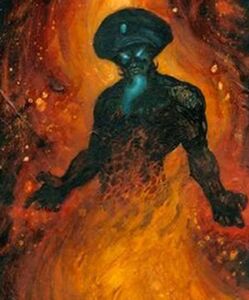 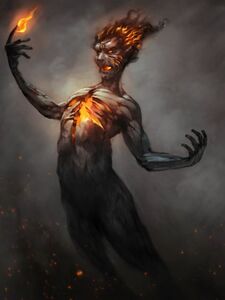 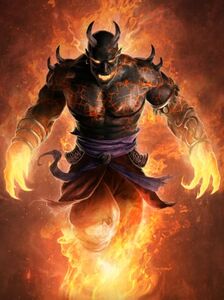 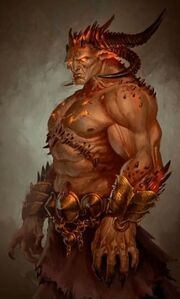 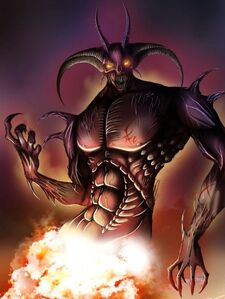 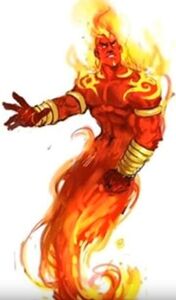 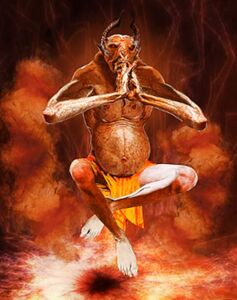 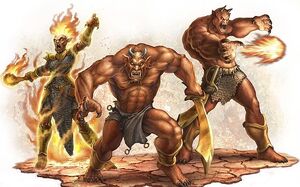 Add a photo to this gallery
Retrieved from "https://villains.fandom.com/wiki/Efreeti?oldid=3668601"
Community content is available under CC-BY-SA unless otherwise noted.