Kidnap a group of mad scientists and force him to work for the Science Squad. (successful)
Turn Steve Trevor into a human-bomb and use him along with a missile to destroy an American Fleet.
Defeat Wonder Woman.
Transport a group of brainwashed civilains to Apokolips.
Defeat an invading meta-humans agency. (all failed)

Egg Fu is a supervillain from DC comics and one of the more distinctive characters of the company, being portrayed as an egg-shaped humanoid and dating back to the Silver Age where he was originally a Chinese Communist agent and an enemy of Wonder Woman.

Egg Fu's real name is Chang Tzu, but writers seem to have discontinued his use of this name - though there is debate on the matter as Egg Fu has appeared in many different variations over the years.

Egg Fu first appeared in the series as a Chinese Communist agent. In this appearance he did not have his robotic-tech, instead using a mustache for combat. He kidnaps Steve Trevor and makes him into a "human bomb' later launching both Steve and a missile at an American fleet. Wonder Woman intervenes, but she was unable to save Steve, instead directing him into the other missile.

The exploding destroyed the missile but killed Wonder Woman and Steve in the process. Wonder Woman's mother, Queen Hippolyta, gathered their remains and was able to resemble them in a lab on Paradise Island. Steve, when returned to normal, still had the explosive energy implanted inside of him by Egg Fu. This had also ended up in Wonder Woman. Wonder Woman planned to use this against the scientist, and so he sends his troops after her.

They were unable to defeat her. Steve and Wonder Woman ended up being cured with a piece of anti-matter and the Amazon forces defeated Egg Fu himself.

After the events of Crisis of Infinite Earths, Egg Fu received a new backstory and design. He was a rediscovered nineteenth century super computer that was made into carnival attraction, later revealed to be a product of Apokoliptian. He was created using technology that Scott Free had left behind.

After he was activated, he begins taking over the minds of humans and prepares them to be transported to Apokolips. He is defeated by Queen Hippolyta and her accomplices.

After the Infinite Crisis, Egg Fu now calls himself Chang Tzu. In this series, he is now a giant yellow egg with robot-spider appendages. He, with the help of Bruno "Ugly" Mannheim, kidnaps a handful of mad scientists and forces them to be apart of his Science Squad. His base of operations was on Ooglong Island. After Black Adam escaped, Chang Tzu was shot by Will Magnus. He later reappears in a new body, claiming "My third incubation ended four months ago" when questioned about his demise.

He reappears in a 2007 series, where a meta-humans special operations agency captured Nightwing and forced him to invade Ooglong Island. The teams arrive at the island but Sasha Bordeaux and Captain Boomerang are captured by Chang Tzu, and experiments on their meta-human capabilities. They were eventually saved, but the teams missions failed, and Egg Fu was not taken in.

Later in this series, it was learned that the Great Ten provide funding for Egg Fu's projects. He is briefly seen in a later issue where he is defeated by Power Girl and Wonder Woman, where he explains of his many incarnations.

Egg Fu's history was altered for the New 52 and becomes a recurring character in the Harley Quinn comic series. In this continuity, Egg Fu’s real name is Edgar Fullerton Yeung and once forced Poison Ivy to try and develop a potion that would get his landlord to like him so he can keep his apartment. However, Harley Quinn takes pity on Edgar and allows him to stay at her apartment block instead.

The Chang Tzu incarnation of Egg Fu reappears during the Dark Nights: Metal event with other scientists to assist the Justice League in protecting the multiverse from the Dark Knights.

Batman: The Brave and The Bold Comic Series

In This appearance, he is known as Y'ggphu-Soggoth. He appears out of an egg created by Egghead. He was meant to be a monster that caused destruction, but he was defeated by Batman and Wonder Woman. He is later seen in among other villains after being recruited by Talia al Ghul to ruin Batman and Wonder Woman's wedding.

TEgg Fu appears in the online game DC Universe Online. In the game, he is a boss at Ooglond Island. He is under the management of Veronica Cale. His character is "level 20".

Egg Fu appears as an unlockable character in LEGO DC Super Villains, renamed to Chang Tzu. He can be unlocked if the player gathers objects so he can construct his "Doomsday Device". 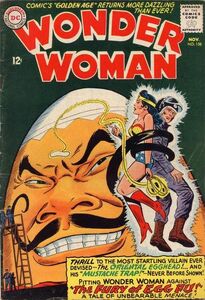 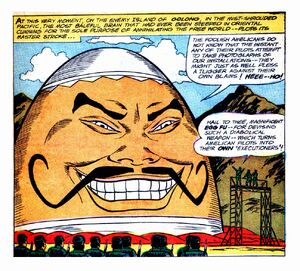 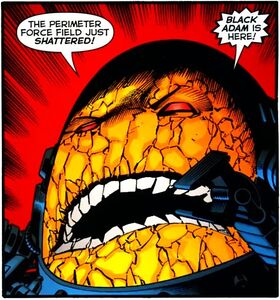 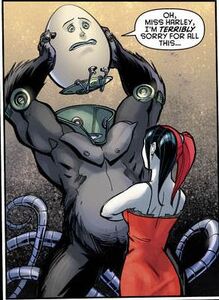 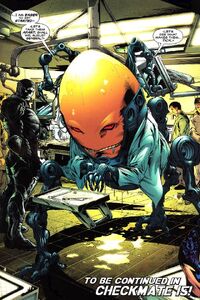 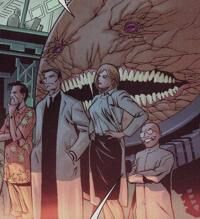 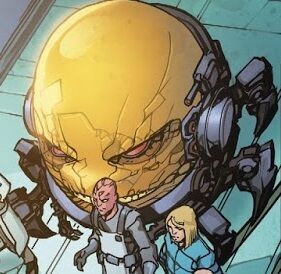 Egg Fu from Batman: The Brave and The Bold. 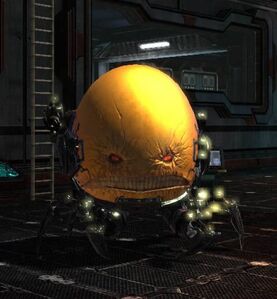 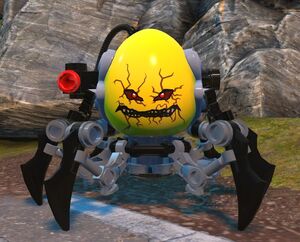