Utilizing his experimentations against Ant-Man and Hank Pym

Defeat Ant-Man
Take over the world

Egghead is a major antagonist of the Marvel Comics. He was a cruel and conniving mad scientist who became a pivotal enemy to the superhero known as Ant-Man. He was also the leader of the second Emissaries of Evil and the third Masters of Evil.

Egghead was created by the late Stan Lee and the late Jack Kirby.

Elihas Starr was a government scientist who was caught and jailed after smuggling blueprints out of work, presumably to sell on the black market. The media dubbed him "Egghead," and he was soon contacted and freed by a high placed crime lord, who gave him the charge of proving his worth by defeating the original Ant-Man. Henry Pym. Elihas tried several times to defeat the Antman, but each time he was defeated. Some of his attempts include creating technology that allowed him to control ants, hiring assailants, creating a giant Wax Android, blackmailing the government, and hiring Swordsman. Egghead ended up in jail on several different occasions for his attempts.

After his attempts with Ant-Man, Starr sought his sights on creating a machine that would steal intelligence from people, but was stopped by Ant-Man and a woman whom he tried to experiment on named Patricia. Egghead went to get revenge by blowing up Patricia's car. Patricia just so happened to be Yellowjacket's niece (the superhero Hank Pym and not the villain Darren Cross), and so he beat Egghead for it.

Egghead helped work to form the Intelligencia and the Emissaries of Evil. Around this time, Egghead still had resentment for Patricia, and so he created a fake robotic arm for her. It was revealed to be a bomb after she put it on, so Yellowjacket was forced to do Eggman's bidding. Yellowjacket was arrested for doing Egghead's bidding later on. Egghead then formed the third Masters of Evil and forced them to kidnap Pym so the he could use him to experiment with the human aging process.

Pym had been secretly working on his own technology, and tricked Egghead into testing it, which led to their demise. When the Avengers arrived after having un-brainwashed Patricia, there was a confrontation involving Pym and Egghead. Pym ended up shooting Egghead in the head, supposedly killing him.

After his "death", a clone of him was made of him by Arnim Zola. Egghead resurfaced after revealing to have survived using "Rejuvetech serum". He ended up stealing artificial duplicates of the Avengers and planned to use them to get revenge, but he was thwarted by Pym and Ant-Man.

Egghead has no superhuman powers. He relies on his hi-tech devices as weapons, such as Insect Control Devices, Orbiting Laser Satellites, Mind Control devices, and Robots. While not possessing superhuman knowledge, Egghead was knowledgeable in Robotics, Electronics, and Nuclear Physics.

Egghead appeared as a minor character in the 2018 film Ant-Man and the Wasp, portrayed by Michael Cerveris. In this version, he is revealed to be a former partner of Hank Pym and Bill Foster. Despite being close with Pym and Foster, Starr plotted to steal Pym's plans on the Quantum Realm to support his family. Eventually, Pym found out about this and angrily fired Starr, who was forced into hiding with his wife Catherine and their daughter Ava.

Somehow, Elihas managed to recreate Pym's particles with a new machine, but it caused it to overload, something which he didn't expect. Realizing that the imminent explosion would kill himself and his family, Starr ordered Catherine and Ava to escape, but Ava refused to leave her father behind. Catherine tried to move Ava away from the scene, but it was too late as the explosion already killed Starr and Catherine while Ava was left with strange powers that was slowly starting to kill her.

This event is what led an angry Ava to plot on stealing Pym's particles so that she can cure herself of her condition and get revenge on Pym for her father's dismissal; even Foster tags along as he takes Ava as his surrogate daughter in an attempt to find a possible cure.

Egghead appeared in the Super Hero Squad show. In this show, he is mainly an enemy of Wolverine. He was a member of Lethal Legion and was ordered by Doctor Doom. In one of his main appearances, he cloned a bunch of Wolverines and sent them to attack the city. In addition, he tried to kidnap a few scientists. He ended up being thwarted by Wolverine.

In the Avengers Assemble show, he made living robots to destroy the city of Los Angelas. He was defeated by Ant-Man and Black Widow.

In theMarvel Anime, he was said to be an ex-agent of S.H.I.E.L.D. and the former lover of Black Widow.

In Avengers: United They Stand Eggman attempted to defeat Ant-Man by causing his Pym particles to go crazy.

In Marvel's Ant-Man, he was sent by the Masters of Evil to destroy Ant-Man in a large suit and with drone-assistance. He was unsuccessful.

Egghead is a playable character in the LEGO Marvel Universe. 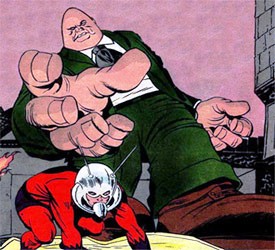 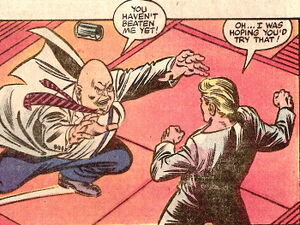 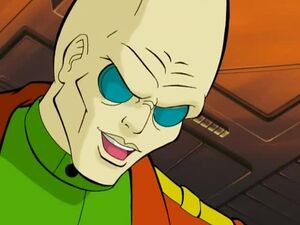 Egghead in The Avengers: United They Stand 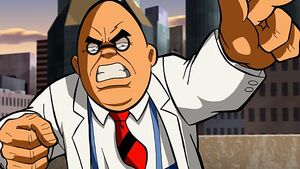 Egghead in The Super Hero Squad 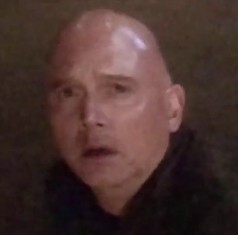 Elihas Starr in the film Ant-Man and the Wasp 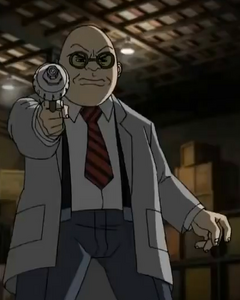 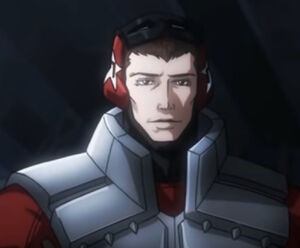 Egghead in the Marvel Anime. 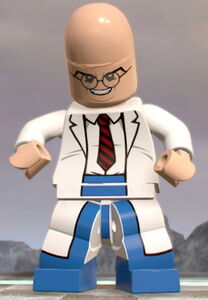 Egghead in the LEGO Marvel Universe.