Leader of the Olsen Gang

Egon Olsen is the leader and mastermind of the Olsen Gang, and one of the three main protagonists of the Olsen Banden film series.

He was portrayed by the late Ove Sprogøe.

Egon is the leader of the gang and the guy giving instructions to his two fellow gang members, Benny and Kjeld.

Egon is the guy who comes up with the plans for the robberies. In every movie, when he comes out of jail, he always has a plan which involves stealing millions worth of money. The plan is always carefully worked out, but despite the large scale of the robberies, the plans never involve violence or brute force. Instead, Egon comes up with creative ways to distract and/or fool the guards of the place they are gonna rob.

The robberies are usually successful, but something will often happen afterward, which disrupts the plan. It's usually either a rival gang that has hired the hitman Bøffen (The Beef/Steak) to kidnap Egon and take him out, or because Benny or Kjeld screws up a part of the plan.

In most of the movies, he ends up back in jail, while his two gang members stay on the loose in the same place they started. In movie 5 and 6 however, the robberies are successful, and the gang go to Mallorca.

Egon sees himself as superior to his group. He usually makes them do the all hard work, like lifting boxes of gold ingots, and whenever something goes wrong, he ends up blaming them, yelling PG swearwords at them, before going off and trying to do the heist himself. But despite how he thinks he's better, he relies on his team without realizing it. When he tries to do the robbery himself, he ends up getting captured, and when that happens, Benny and Kjeld end up saving him.

He is also obsessed with his ego and image. In movie 10 he has to show a stolen video to a capitalist gang, and he goes up there alone because he thinks Kjeld and Benny aren't worthy.  A few times they end up succeeding with the robbery, but Egon wants to prove to the rival gang that he succeeded in the heist, which always results in him being captured. 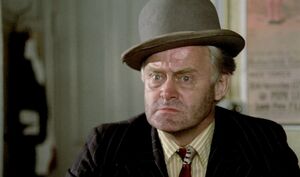 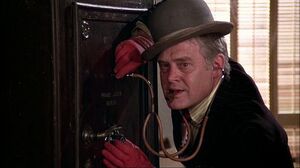 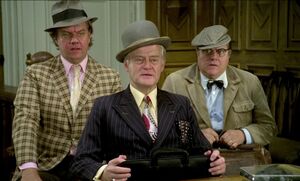 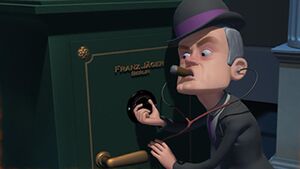 Egon Olsen in the cartoons
Add a photo to this gallery

Retrieved from "https://villains.fandom.com/wiki/Egon_Olsen?oldid=3358844"
Community content is available under CC-BY-SA unless otherwise noted.