Taunting and tormenting BoBoiBoy and his friends.
Updating status at spacebook.

Ejo Jo is one of the three main antagonists alongside Adu Du and Probe in the Malaysian cartoon franchise BoBoiBoy. He is an evil alien who is responsible for making Adu-Du leave his home planet, Ata Ta Tiga, to get glory and fame. He is Adu Du's rival.

He is the main antagonist of season 2 finale and season 3 premiere, and also the minor antagonist in season 3 finale.

He was voiced by Noriman Saffian.

Ejo Jo was an alien from Ata Ta Tiga and Adu Du's original archenemy before meeting Boboiboy. He constantly bullied Adu Du until Adu Du left Atatatiga. Since then, Adu Du has been traveling the galaxy to find cocoa and become more popular than Ejo Jo.

He made his first appearance when he made a deal with Bago to go to bu Adu du spaceship. Bago Go tricked him by telling that the spaceship is "antique", so Ejo jo buy it with 80 million 80 cents. He learn about BoBoiBoy and cocoa powder from the data on Adu du spaceship. He then tries to connect to Adu Du's computer and succeeds. Adu Du at first sought to disconnect him, but failed. After discussing with Probe, Adu Du tries to convince Ejo Jo to get away from the earth due to Boboiboy and his friend's powers. Ejo Jo, however, is not amused by Boboiboy's abilities and manages to explain Yaya's, Ying's, Gopal's, and Fang's powers logically. Ejo Jo then tells Adu Du to prepare his base as he will arrive on earth in 12 hours

He finally comes to earth and landed his spaceship on BoBoiBoy's school. He introduces his new battle robot which nicknamed it P.E.T.A.I, but everyone laughs at him because the name referenced a vegetable, which made him furious and commands P.E.T.A.I to attack them and destroy their school.BoBoiBoy and his friends tried to go after Probe, but Ejo Jo noticed at shot them using his spaceship's laser cannon. After Probe is destroyed, Adu Du became emotionally furious and carelessly tried to shoot Ejo Jo, who was protected by PETAI. Ejo Jo then prepared to destroy him, but BoBoiBoy managed to stop him. After a long battle, he commands his Computer to teleport them into his spaceship, in which he locks his hostages.

When BoBoiBoy success found him, he orders to P.E.T.A.I to defeat him. Even his robot successfully overcome him, but P.E.T.A.I finally destroyed by Fang with his Shadow Dragon. When Ejo Jo discovers this, he rushed to don his armored suit and carrying Yaya's, Ying's, and Gopal's powerband, declare that he will defeat BoBoiBoy, leading up to the third season of the series.

The first and second episode begins with his battle with BoBoiBoy. He uses the power of Ying, Yaya, and Gopal's power band and also shown the true power of their power band. When he almost succeeded to overcome him and manage to finish him, suddenly, Adu du with his Mukalakus appear and save BoBoiBoy from him. With a combination attack of BoBoiBoy and Adu Du, he begins to feel weak and Mukalakus slowly walk towards him. Ochobot found Fang still fainted but his power band was missing, it was revealed that Ejo Jo stole it, he created a Shadow Cocoon to trap BoBoiBoy and his friends.

Ejo jo use Fang's powerband to finish all of them with summoning Shadow Dragon, However, before he able to do this, he was being distracted by Tok aba, and Papa Zola by using Yaya and Ying power band. When Iwan success free BoBoiBoy and the other from Shadow Cocoon by using Gopal's Power Band, he successfully summoned a Shadow Dragon and started to suck their classmate, Papa Zola and Tok Aba. See a horror that everyone will be sucked, BoBoiBoy summons the Earth Dragon and battled the Shadow Dragon but it was strangled. Fang said to Boboiboy that he must stop Ejo Jo to remove the Shadow Dragon. Then the 3 Boboiboys go to Ejo Jo but the Shadow Dragon stopped them. Luckily, Mukalakus arrived just on time to punch it and throw it to Ejo Jo, then performed a mini combo on him and the band was removed from Ejo Jo. As they celebrated their victory, Adu du appeared in front of Ejo Jo and tried to attack him but Ejo Jo managed to go to his spaceship and Adu du tried to attack them although Boboiboy tried to talk to him out of it but the spaceship was driven to exile the earth and Adu du was very angry and called Ejo jo a coward.

He later mentioned by Bago go that Ejo jo has entered Bago Go's hospital to treat his injuries due to his battle with BoBoiBoy's gang and owed the hospital fees until he mortgaged the spaceship back to bear the cost which is too expensive, causing him shocked. At the end of episode 20, he then broke from the glass chamber in Bago Go's hospital and said that he is returning.

Ejo jo finally returns to earth for a second time to seek a revenge after being defeat by BoBoiBoy, promised that he will destroy him along with earth with his new battle suit which he nicknamed it S.A.M.B.A.L. However, before he wanted to defeat them, he noticed the other alien along with his partner named Lahap also come to earth and easily defeat him and his troops. And later he is capture by Lahap and taken to their spaceship. 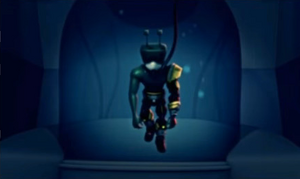 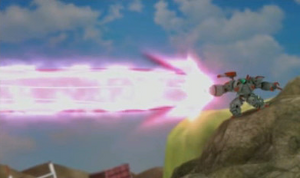 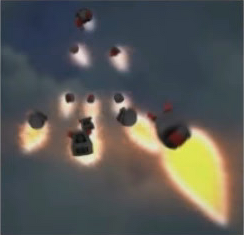 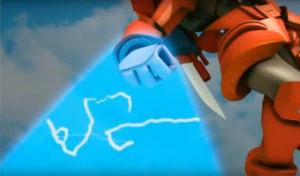 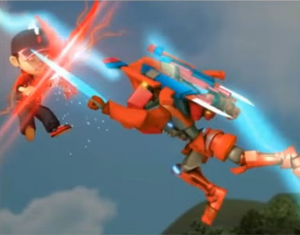 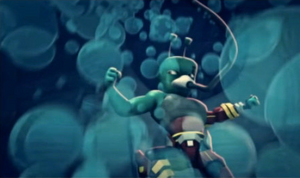 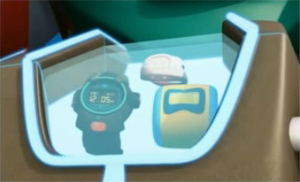 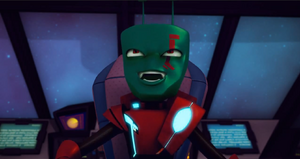 Ejo Jo laughing.
Add a photo to this gallery 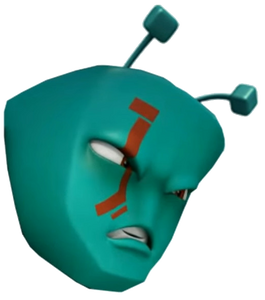 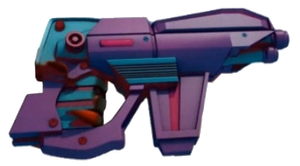 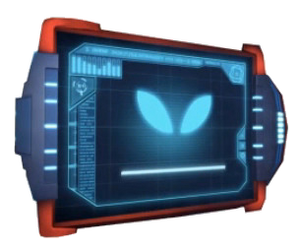 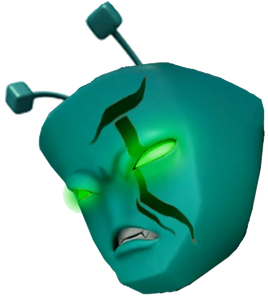 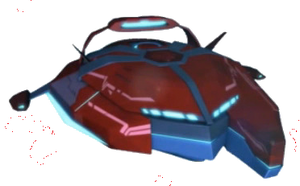 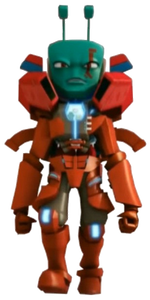 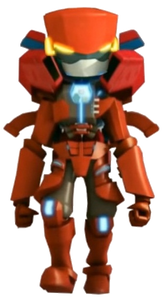 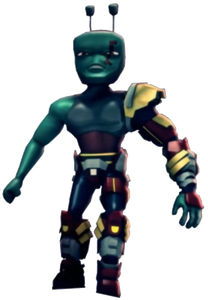 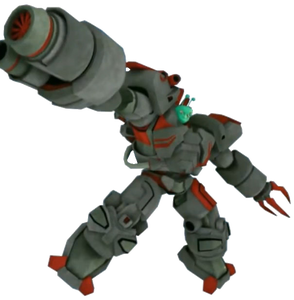 SAMBAL (aka SPICE or OOPSIE)
Add a photo to this gallery

Retrieved from "https://villains.fandom.com/wiki/Ejo_Jo?oldid=4087546"
Community content is available under CC-BY-SA unless otherwise noted.