For a Few Dollars More

Rob the bank of El Paso and obtain the safe of almost a million dollars (succeeded).

Open the safe and gain the money inside.
Kill Douglas Mortimer, Monco and anyone else who wrongs him (both failed).

El Indio (Spanish for "The Indian") is the main antagonist in the 1965 spaghetti western film For a Few Dollars More, the sequel to A Fistful of Dollars.

He was the psychopathic leader of a gang of wanted outlaws who had Douglas Mortimer and Monco join forces to both go after his bounty.

He was portrayed by the late Gian Maria Volonté, who also played Ramon Rojo in the original film.

El Indio was an outlaw considered by the authorities in the film to be one of the worst criminals of the times; according to a bank official "Not even Indio would dare to rob that one". Once Indio escapes prison, he orders the family of an old rival to be executed in shootouts (including a baby son), but still, the man gave him the opportunity to avenge himself. However, he fails in the attempt and is killed by Indio.

Douglas Mortimer and Monco both go after his bounty, and end up working together. Monco joins El Indio's gang after freeing Sancho Perez from prison. They plan to go on a bank robbery. After the robbery is successful the gang heads east to a small town, where Monco meets up with Douglas. Douglas joins El Indio's gang by opening the safe without explosives. However, El Indio catches them trying to steal the money and has them beaten and tied up. El Indio suspects that they are bounty killers and devises a plan to get them, and most of his gang, killed while he and Niño escape with the money. Unfortunately, Niño is killed by Groggy, who takes El Indio prisoner while he searches for the money, all while the gang is being killed by Douglas and Monco.

Douglas and Monco make it to where El Indio and Groggy are hiding, a shootout breaks out and Groggy is shot. However, El Indio manages to shoot Douglas' gun out of his hand, and challenges him to an unfair duel. Monco intervenes and makes the duel fair, which ends when Douglas is the faster draw and shoots and kills El Indio.

In the flashback sequence, it is revealed that he shot a young man and raped his wife. The girl shot herself in the process. The girl was the Colonel Mortimer's sister. El Indio carries around with him a musical watch that plays a tune when it is wounded. El Indio smokes what seems to be cannabis or opium to ease the intensity of the memory.

One of the, if not the, most evil man in the land, El Indio was a traitorous, bloodthirsty, ruthless, cruel, unforgiving, unsympathetic and sadistic criminal. He is always willing to kill others and had killed or raped numerous individuals. He is even willing to kill children, such as his old rival's son, as well as his wife who he had killed out of vengeance and uncaring spite. El Indio is also sadistic, enjoying when his gang beat up Monco and Mortimer. He is also egotistical, leaving one man alive to tell the authorities that he had robbed them. He is highly manipulative and self-centered killing one of his own men and framing them for it; his plan is to have his gang and the bounty hunters kill each other, leaving all the loot for him. When Nino, the one gang member he'd planned to keep around is killed in front of him, El Indio displays absolutely no reaction, and he's ultimately revealed to have killed Mortimer's brother-in-law and raped his sister, driving her to suicide. Ultimately, El Indio is an insane drug-addict who parasites off those around him. 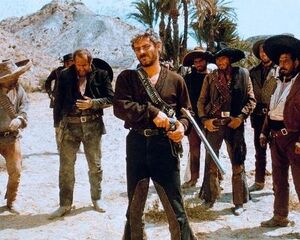 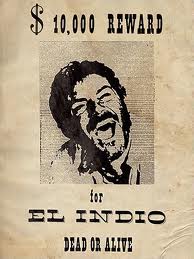 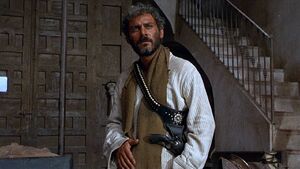 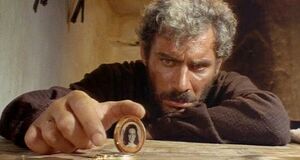 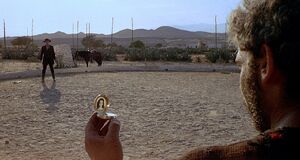 Retrieved from "https://villains.fandom.com/wiki/El_Indio?oldid=3865849"
Community content is available under CC-BY-SA unless otherwise noted.