Defeat Ferdinand during a bullfighting match to defeat the fiercest bull in the world before his retirement (nearly succeeded, but chose to spare him in the end).

El Primero is the main antagonist of Blue Sky's twelfth animated feature film, Ferdinand. He is a bullfighter who is inspired by the matador character from the original Munro Leaf book who attempts to fight Ferdinand the bull before his retirement during a bullfighting match in which Ferdinand refuses to fight against him, and later Ferdinand is taken off the bullfighting ring so that he could live peacefully.

He is voiced by Miguel Ángel Silvestre.

Primero is a tall and lanky gentleman. He has thick black brows and hair, the latter combed back into a slick bun. He sports a trimmed stubble and pencil mustache. Primero wears a formal black suit with matching pants, along with pink socks and dark brown shoes.

When dressed for bullfighting, Primero dons a purple Traje de luces. His Traje includes of a black Montera or hat, as well as a purple Chaquetilla, a short jacket that covers only up to his upper torso and is embroidered with golden ornaments or Alamares, laces or Machos and is woven with golden thread. It is also reinforced with golden epaulettes known as Hombreras. Underneath his Chaquetilla, he wears a purple Chaleco, which is a vest, that is decorated in a similar fashion. He also wears a black Corbatín, or neck tie, under his vest and over a white collared shirt or Camisa. He also has tight-fitting pants, or Taleguilla, that extend from his navel to below his knees with golden trimmings, or Banda and Machos along its side. He also wears pink, knee-length socks known as Medias.

El Primero is first seen arriving in his Ferrari car at Casa del Toro. Though generously welcomed by the owner, Moreno with such honor, he points out that he does not shake hands since he considers his hands, arms, legs, chest, feet, and buttocks as his "Instruments". El Primero states that he has arrived in order to select a bull for his final fight in Madrid before his retirement but only the best one he can find and pick; much to the bulls' excitement except the "new bull" Moreno received only last night named Ferdinand; given his pacifism. After making a long yet annoying point, Moreno suggests he picks the new bull; given his size, but El Primero, feeling slightly disrespected, states that "only El Primero knows who is the best" and then asks for the best room in the house for the night, in this case, Moreno's bedroom. As he moves in, he later asks Moreno to let him know when the bulls are ready for the trial.

Once the bulls are ready for the trial, El Primero asks for Moreno to impress him but when Moreno orders one of his men to release the bulls and they don't come out due to Ferdinand blocking the way; given his pacifism and reluctance, El Primero seems rather puzzled.

After Ferdinand is pushed into going in by another bull named Valiente, the bulls except Ferdinand demonstrate their fighting skills to El Primero. During the trial, a bull named Guapo faints after Valiente messes with his head and El Primero gives him an intimidating stare/frown. Then, Ferdinand accidentally and unintentionally makes the rest of the bulls look bad in front of El Primero while tending to Guapo. Having seen and had enough, El Primero halts the trial and decides to leave since either way, none of the bulls seem to have impressed him at all but Moreno begs him to give them another chance. El Primero informs Moreno that unless he finds the best bull for his final fight within two days, no bullfighter will ever use his ranch again.

The Next Day of Training

The next morning, El Primero is seen watching the bulls except Ferdinand train harder from the balcony so as to get themselves selected but still remains unimpressed and returns back inside.

At night, after witnessing what appears to be a fight between two bulls, namely, Ferdinand and Valiente and Valiente losing his right horn, El Primero finally chooses to fight Ferdinand in Madrid tomorrow while referring to him as the "best bull"; much to Moreno's satisfaction and the bulls' shock.

Later, when the bulls escape along with Valiente and Guapo, who were sent to and later rescued from the chop house by Ferdinand, after learning the truth about the bullfights along with Lupe the goat, the hedgehogs: Una, Dos, and Cuatro, and the Bunny, El Primero threatens to fight Moreno in the ring if he loses his bull.

The Fight in the Ring

Though the bulls have escaped by train with their little friends, Ferdinand has been captured and brought forth to face El Primero in his final fight in the ring after sacrificing himself to save the others with Lupe joining him as well.

While Ferdinand is being transported and brought inside the ring, El Primero begins to dress up in his matador uniform including his cape and sword as he prepares to face Ferdinand in his final fight.

As he enters the ring, he receives a grand welcome from his fans and then orders the workers to release Ferdinand. At first, he is confused and puzzled when the bull does not come out until he does moments later while Lupe watches from outside the ring. When Ferdinand refuses to fight as El Primero shouts commands at him and orders him to fight, El Primero orders the entire cuadrillas: banderilleros and picadors to join in and push Ferdinand into fighting.

When one of the picadors pokes Ferdinand on the rear with a spear, the "fight" commences and El Primero, satisfied, receives numerous "Olés". Things turn out okay for El Primero until Ferdinand accidentally and unintentionally snatches his cape with his horns while running and avoiding anymore spears when El Primero's back is turned.

Slightly embarrassed and upset, El Primero tries in vain to recover his cape but Ferdinand keeps resisting, thus, rendering the fight more like a "bullfighter fight" instead until El Primero suddenly finds himself on Ferdinand's back after finally and momentarily grabbing the cape. Then, Ferdinand starts to panic and the fight turns into a rodeo; much to the crowd's amusement until Ferdinand accidentally and unintentionally tosses El Primero out of the ring.

Humiliated and enraged, El Primero storms back inside with banderillas and proceeds to try in vain to kill Ferdinand but Ferdinand still resists every attempt on his life until finally, El Primero accidentally and unintentionally scratches Ferdinand on his right shoulder, which drives him so mad and in so much pain up to a point where he suddenly begins to retaliate in anger; much to everyone's shock.

At first, Ferdinand hesitates until he notices a flower under his hoof, thus, making him realize that he is becoming the fighter he was never willing to be at all. So, Ferdinand generously spares El Primero and proceeds to sniff the flower as El Primero walks further back away.

After Ferdinand is done sniffing the flower, El Primero approaches and ungratefully proceeds to try and kill Ferdinand with a sword once and for all. As El Primero gets ready to deliver the final blow, Ferdinand unexpectedly surrenders himself to El Primero; much to everyone's confusion. Nevertheless, El Primero continues until the crowd, touched by Ferdinand's gentle nature and bravery, suddenly shouts for him to let Ferdinand live and spare his life and proceeds to cheer for him.

Having regained his honor and respect, El Primero nods to Ferdinand and finally leaves the ring as he retires with honor and dignity while Ferdinand finally finds himself happily reunited with his owner, Nina and the rest of his friends having followed him in the ring as well so as to rescue him.

After this, El Primero is never seen again, except during a picture in the credits that shows him in his ruined car as it is towed away from the Casa (which Ferdinand and Lupe crashed into before while trying to escape). 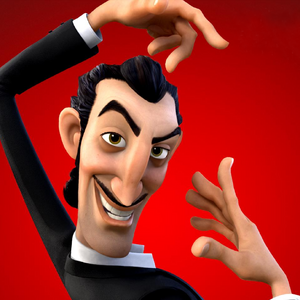