Whistling and hunting his prey from the depths of the plains.

Exact revenge on his killers and humanity in general by torturing and killing his victims.

El Silbón, also known as The Whistler when translated, is a spirit found in Venezuelan legends, He was a former farmer who become a damned soul after he killed his father.

Once upon a time, a young man was working in his father's farm in Venezuela, received a notice about his wife who has been called a whore by her own father (or his father) and killed by him which put him in great rage over him and killed his father-in-law (or father), the farmer's grandfather decided to exact punishment on his grandson by commanding some other farmers to brutally torture his grandson in a long painful revenge, first whipping his grandson's back and put salt to increase the pain and finally, to kill his grandson his put in a loose two monstrous black dogs who bite his ankles, while he scream and pain and fled to the jungle nearby, where his body is never to be found.

Some people said that afterwards, his spirit become a damned soul, hell-bent into killing mostly drunks or adulterers he found in his way, as well as attacking and scaring any person who hear his terrifying whistle.

The Colombian version has the same sort of backstory as the Venezuelan one, except it has drunkards being the main victims of El Silbón (mainly as a way of deterring one from the craving of alcohol). El Silbón stalks the Llano region in Colombia on rainy nights during May and June, and is often encountered by drunkards going home from the bars. The Whistler is more sympathetic than his other counterparts, as he is more of a harbinger of death than the actual cause, and he likes to attack wrongdoers (drunkards) rather than maliciously attack humanity.

In this alternative version, El Silbón was merely a spoiled young farmboy who demanded his father make him some venison for dinner. Upon finding out his father had never cooked any meat, El Silbón got infuriated, and killed his father brutally before ripping out his father's entrails, and then cooking them up. He gruesomely took his father's cooked entrails to his mother, and they ate them. But his mother found out the entrails were from her own husband, she got sick and infuriated, and cursed her son to forever have misfortune, which he so rightly deserved after this heinous and disturbing act. He fled into the wilderness and has returned as a malevolent spirit, presumably after dying of exposure.

El Silbón likes to stop at people's doorways, unload his bag of bones, and count them one by one. If one does not listen to him, their family will die. His whistle can be interpreted as message of death, when one person hear them close is when he is far, but when the whistle is heard far, is when he is close and there is no chances of escape, save if one have a dog and his barking, a whip, and a Aji.

The appearance of El Silbón has not really been described, because of the fact that he invariably kills all his unfortunate victims, thus no one has been able to give him a good image. But it is generally believed he is of a tall, emaciated human male, gigantic in stature, somewhere between twenty and forty foot high, dressed in tattered farmer's clothes. He mostly likes lurking in the local swamps and torturing those who pass into insanity with his eerie whistle.

It's hard to say what personality, El Silbón may had went he was alive, In some version he is a good-hearted man whose wife was expecting a baby and his father killed his wife with his unborn son, it's that reason that he's a restless soul hell-bent in kill anybody who stands in his way.

In another depiction, he seen as a lonely man, who wants something to talk, and move to the afterlife. Although however, there are other versions more obscure of the character who is a spoiled young man who killed his father and eat his organs for lunch.

After he become a spirit, he only kills adulterers, drunk men or innocent victims who stand in his way. He who hears the whistle close is saved, but if someone hears his whistle far he is close and that person lose all the chances to escape. 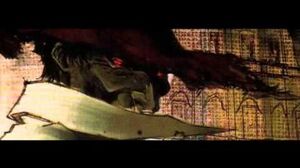